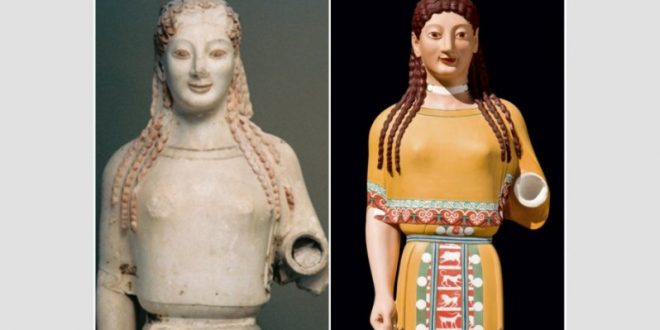 Gods in Color : Did Ancient Greeks paint their statues in vibrant colors? (video)

February 2, 2018 Archeology, Culture Comments Off on Gods in Color : Did Ancient Greeks paint their statues in vibrant colors? (video) 6,621 Views

Do we have a totally false perception abut the Ancient Greek World? Have we fallen victims to thousands of years of rain and decay that have washed out the vibrant colors of the statues of the antique leading us to the mistaken assumption that ancient Greek artists honored the Gods and the Goddesses in pure white marble? The idea of antique world statues in bright red, warm orange  shiny yellow and lots of sparkling gold seems strange to our eyes. Gods in Color? It may be true. 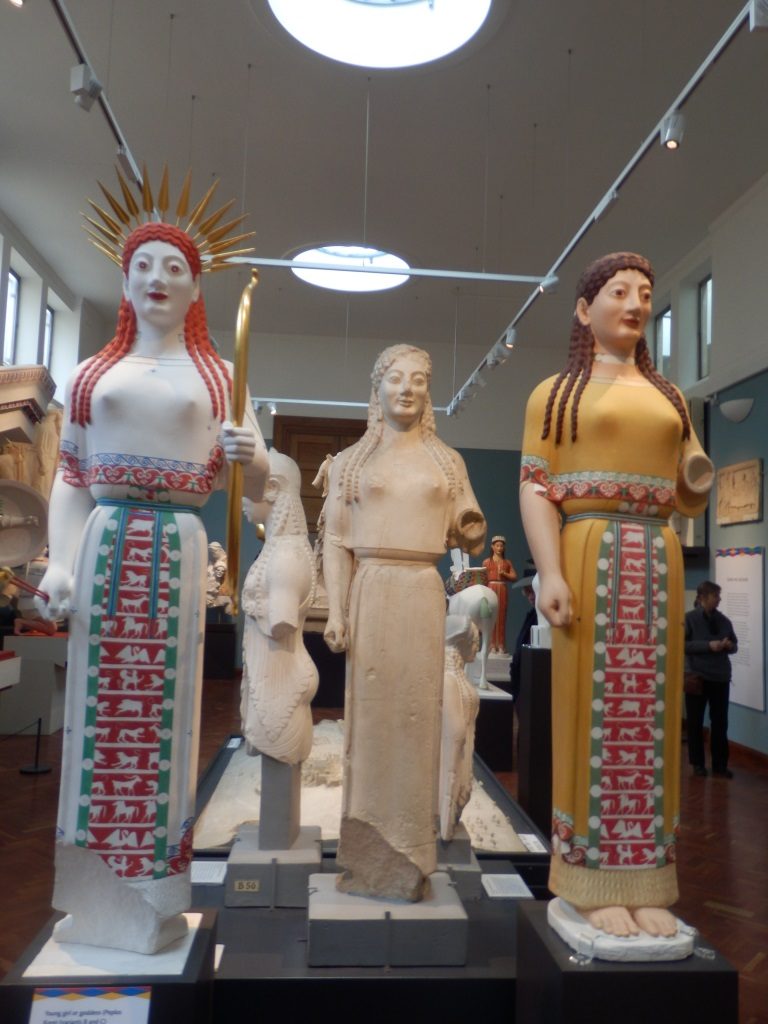 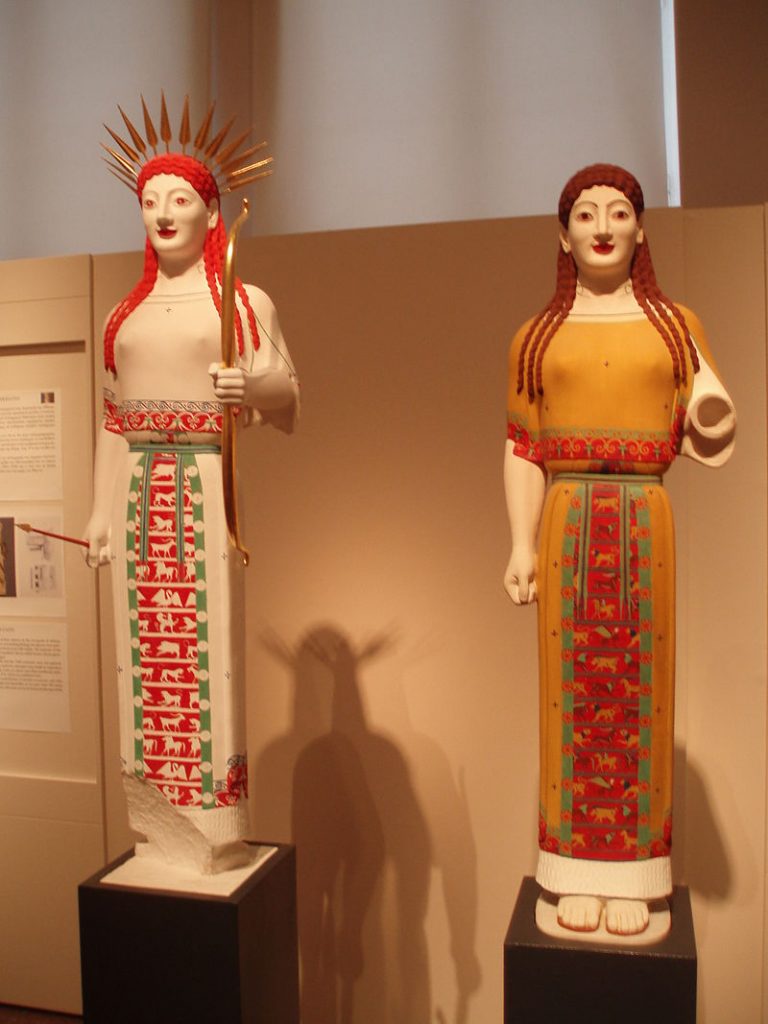 Only recently I saw on internet a picture of a fragment of an ancient statue, a goddess maybe, with her left arm and waste colored in yellow. As I don’t remember the name of the statue or the place where it was excavated from and therefore I am to surf on the internet and post the picture here.

The issue of ancient statues’ polychromy has been the subject of archaeological research since the 1980’s.

According to BBC, Archaeologists have been able to use ultra-violet light to read colour on statues which retain no obviously visible signs of their decoration. Although it is not always possible to identify the precise colours used, the patterns which were painted onto the surface of a statue are often easier to spot.

Archer from the western pediment of the Temple of Aphaia on Aigina; In original statue, one could see traces of a diamond pattern his arms and legs reconstruction, color variant A; as exhibited in Athens – wikipedia

The statues from the Temple of Aphaia on the Greek island of Aigina are a perfect illustration of this. The statues from the western pediment of the temple are now housed in the Glyptothek in Munich, where German archaeologist Vinzenz Brinkmann has examined them under UV light.

The pediment had Athena at its centre, her plumed helmet tucking in beneath the highest point of the roof. “In UV light, we can finally see the repeating, geometric decoration of her snaking shawl and the front of her robe,” the bbc notes.

Vinzenz Brinkmann has spent years recreating the brightly-coloured decoration on copies of the statues which the Ancient Greeks would have seen all around them. 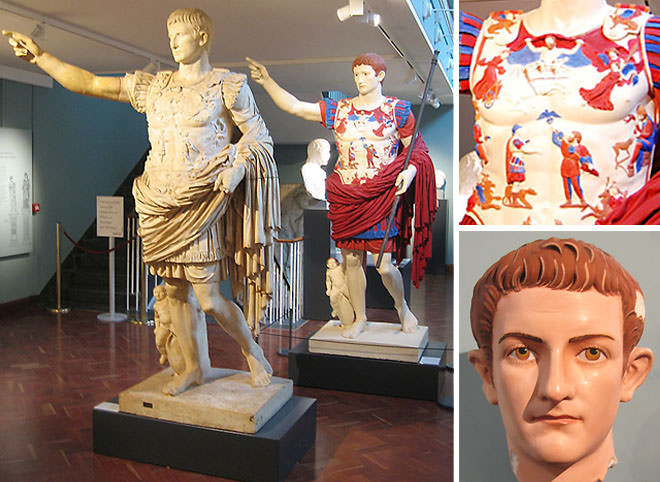 It wasn’t just the Greeks who loved their vivid statues but the Romans too. Recreation of the Prima Porta statue of Augustus.

The paint would be applied directly to bronze (above) or marble (below). 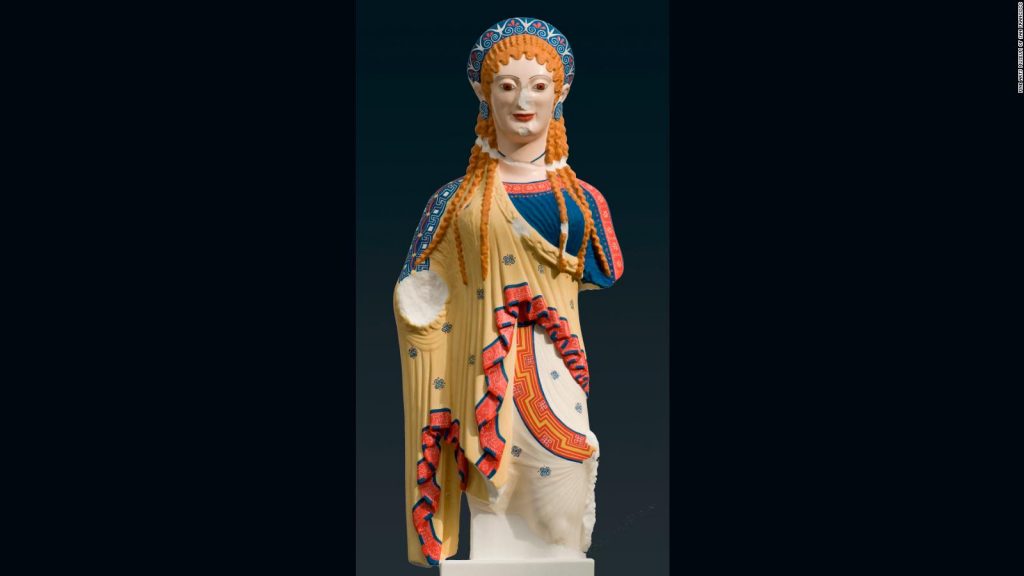 Brinkman’s exhibition Gods in Color has been traveling around the world in the last 15 years, setting the audience and classic art lovers  before the dilemma: 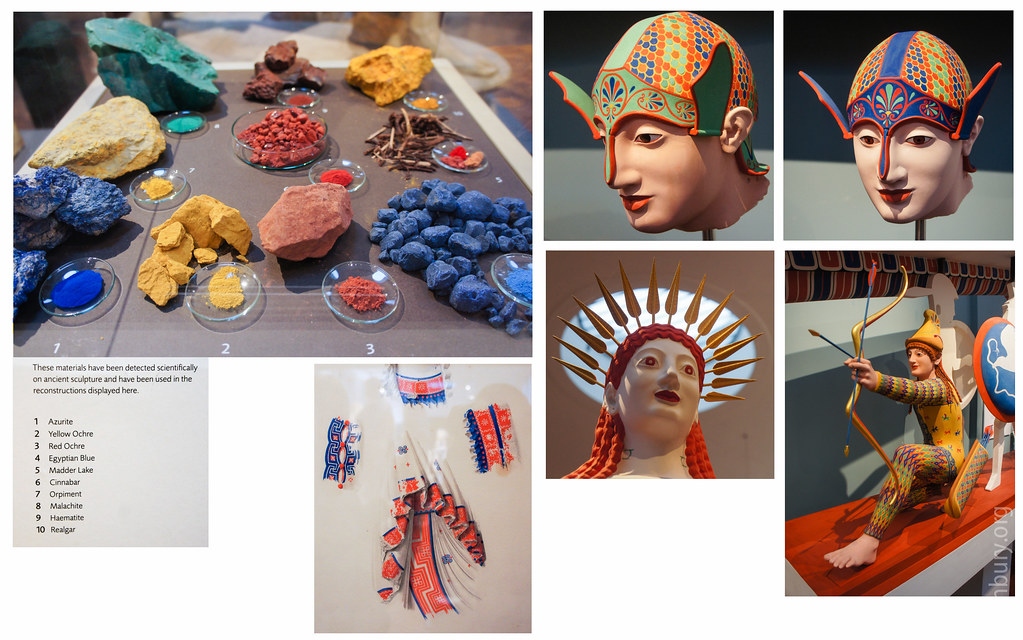 How did they do it? 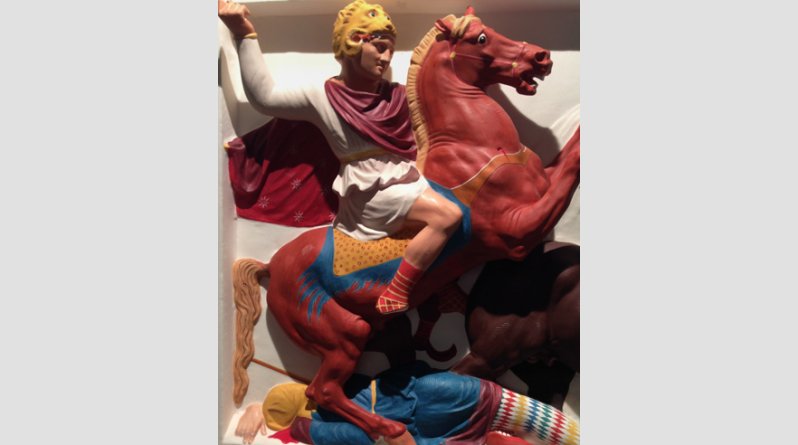 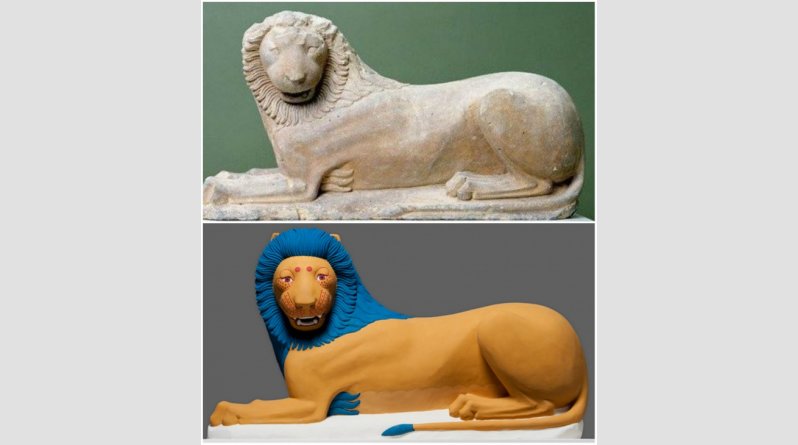 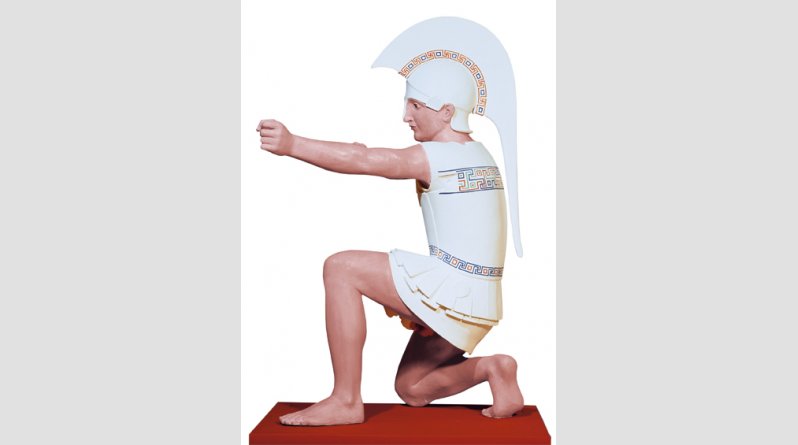 How do they do it?

What do You think?