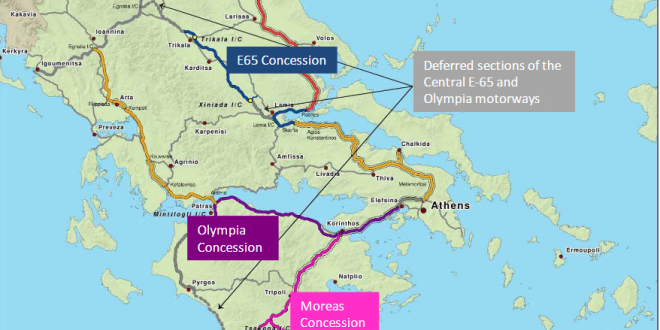 Construction of three motorways in Greece cost 1.2 billion euros more than it should. Furthermore the projects were poorly planned and significantly delayed, a report by the European Court of Auditors on public-private partnerships (PPPs) has found. The EU Auditors examined construction projects in four EU member states, that is France, Ireland, Greece and Spain in an audit that took place between May 2016 and September 2017.

The report revealed that
In total, the cost of the three road projects increased by up to 69 percent, while their objective was reduced by 55 percent, not only due to the economic crisis but also because of poor planning.
The construction of the three motorways in Greece was significantly delayed (by
four years on average ) and renegotiation of the PPP meant substantial additional costs
(1.2 billion euro) to be borne by the public partner, even though the scope of two
projects was considerably reduced (see section below).
The first wave of PPPs in Greece was awarded in the 1990s and included projects suchmas the Rion Antirion Bridge, the Athens ring road and the new Athens international airport.
The second wave of PPPs was awarded in 2007-2008 and mainly comprised the construction
of motorways 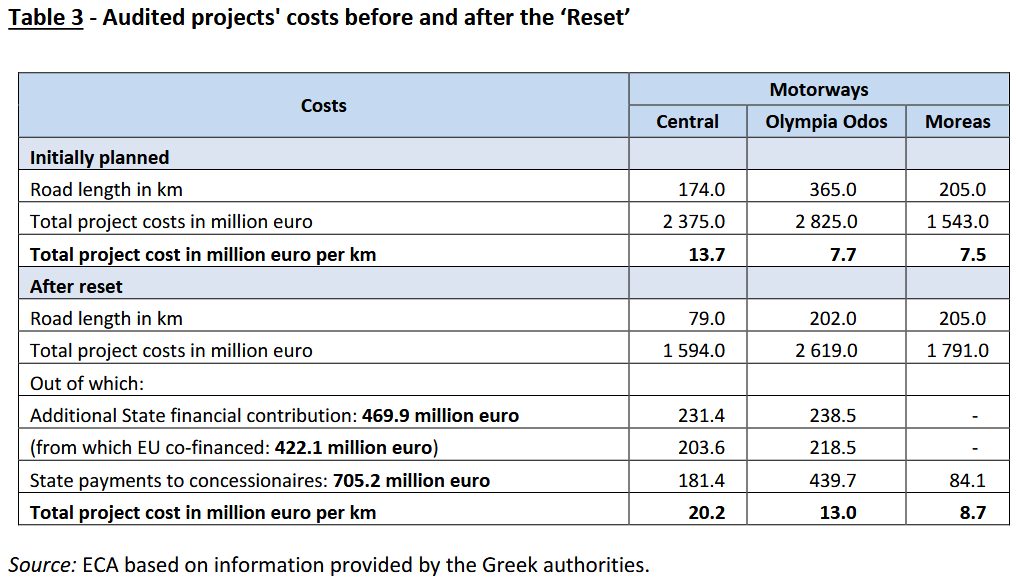 Some of the audited motorway projects risk to be heavily underused, such as the Central Motorway and the Lefktro-Sparta section of the Moreas motorway in Greece. 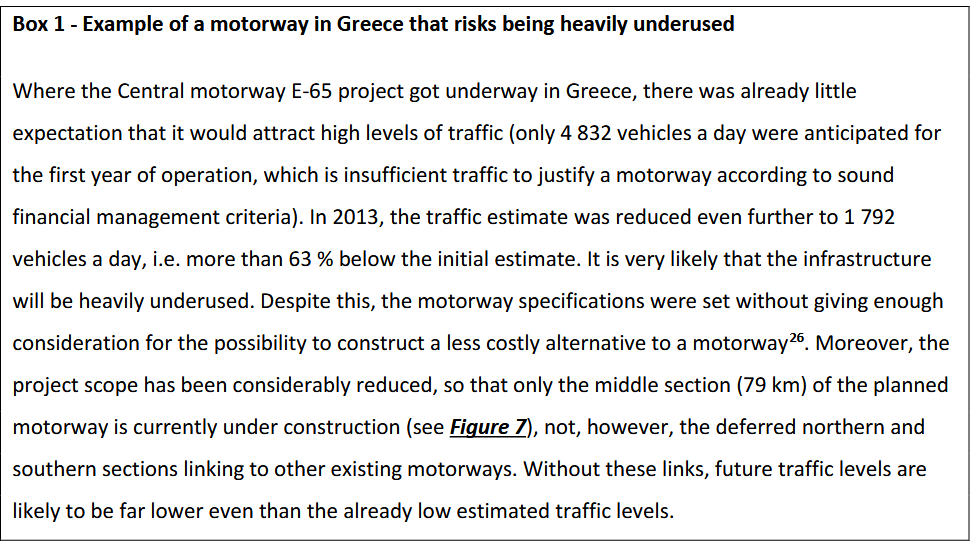 The report stated that in the funding period from 2000 to 2014 eight PPPs were subsidized by the European Union at a total cost of 6.8 billion euros.

Greece received the highest subsidy rate in the bloc for these projects, amounting to 58.5 percent or 3.3 billion euros. Notably, the country with the highest number of PPPs, (France, with 21 projects) spent 9.8 billion euros and only received 324 million euros in funding from Brussels.

The report concludes that new PPPs should not be encouraged in cases where problems remain unsolved.

Public Private Partnerships (PPPs) harness both the public and the private sector to provide goods and services conventionally supplied by the public sector, while easing the tight budget constraints on public spending. We found that despite PPPs have the potential to achieve faster policy implementation and ensure good maintenance standards, the audited projects were not always effectively managed and did not provide adequate value for money.

Potential benefits of PPPs were often not achieved, as they suffered delays, cost increases and were under-used, and resulted in 1.5 billion euro ineffective spending, out of which 0.4 billion euro EU funds.

This was also due to the lack of adequate analyses, strategic approaches towards the use of PPPs and institutional and legal frameworks.

With only few Member States having consolidated experience and expertise in implementing successful PPP projects, there is a high risk that PPPs will not contribute to the expected extent to the aim to implement greater part of EU funds through blended projects including PPPs.

The full report in pdf is here

The report is no surprise. It was never a secret that Greeks pay each square meter of a highway in gold and several media in the before the economic crisis past had criticized such practices.