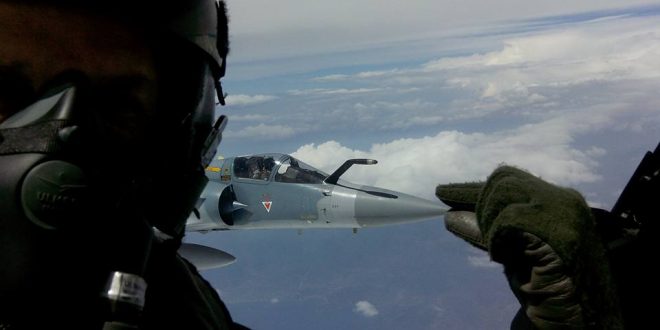 A Mirage 2000-5 fighter jet of the Greek Air Force crashed in the sea area 9 nautical miles north-east of the island of Skyros in the Aegean Sea short at 12:15 Thursday noon. The pilot is missing. According to preliminary information, the Mirage 2000 was returning to the air base after completed a mission to intercept Turkish fighter jets that had violated the Flight Information Region Athens.

A Search and Rescue operation has been launched by the Greek Armed Forces to locate and rescue the pilot. One Chinook helicopter and four Coast Guard vessels have been dispatched in the area, are participating in the SAR operation.

The Mirage 2000-5 belongs to the 331 Combat Wing in Tanagra, Attica and was recently deployed  on the Sporades island of Skyros being on stand by status to avert Turkish challenges.

A pair of Mirage 2000 took off on Thursday morning from the air base on Skyros to intercept Turkish fighter jets. They got involved in dog fights.

It was the pilot of the second Mirage who reported to air base command that he had “lost contact” to the Mirage that crashed.

Three hours after the crash and the pilot is still missing.

According to state broadcaster ERT, the fighter jet was returning to the air base of Skyros and was in landing procedure. The jet was 9 nautical miles off the island and 1 to 2 minutes away before touch ground.

The pilot did not send a distress signal.

The SAR operation continues with the assistance of several vessels including Navy frigate “Psara” and at least 3 helicopters.

Although the Mirage pilot is officially still missing and his body has not been found, Defense Minister Panos Kammenos declared him for “dead.” short after 3:30.

“He fell fighting to protect the national sovereignty and territorial integrity,” Kammenos wrote  expressing his “deep condolences to the pilot’s family and the Hellenic Air Force.”

SAR teams have reportedly found the helmet of the pilot.

His name is Giorgos Baltadoros, 34 years old, and father of two children. 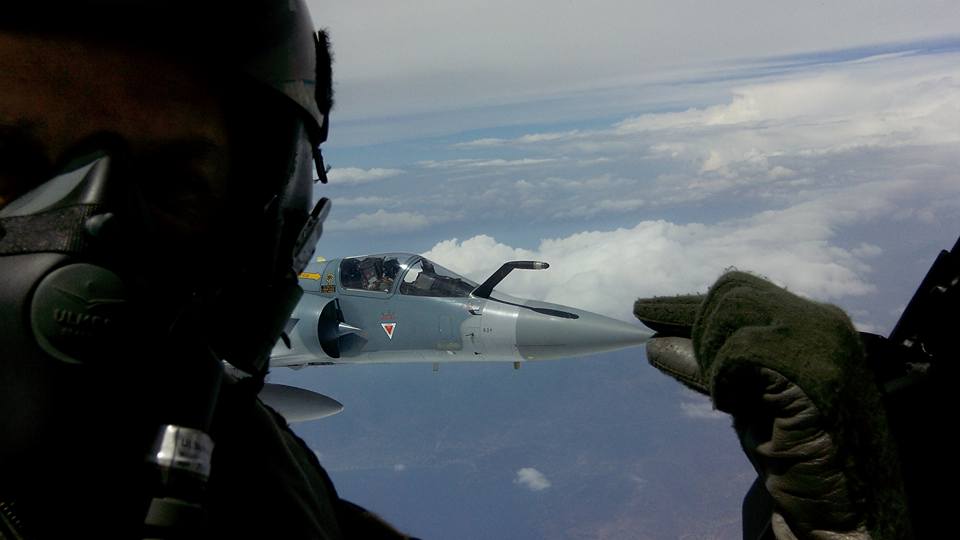 However, until now there is no official statement neither by the Hellenic Air Force nor from the Greek General Staff.

Regarding the cause of the crash, there are two scenarios under consideration:

2. vertigo after dangerous maneuver. According to media information, the two pilots were performing special training exercises before the crash.

A special committee has been set up to investigate the causes of the crash, the statement said.

KTG understands that SAR crews have so far neither located the aircraft nor the pilot’s body.

Turkish violations of Greek airspace and FIR Athens are being conducted on a daily basis and are increasing with every passing day.

Greek fighter jets always take off to intercept the jets Ankara is sending to Greece in order to challenge Greek sovereignty in the Aegean Sea.

Jets of both countries are often involved in so-called “dog fights”.

A dangerous game that has ended fatal also in the past.

In June 2017, another Mirage 2000 crashed more or less in the same area, in the sea between the island of Skopelos and Evia. The pilot was rescued after activating the ejector seat. He was rescued by an army helicopter an hour later.The accident occurred during a training flight with another Mirage.