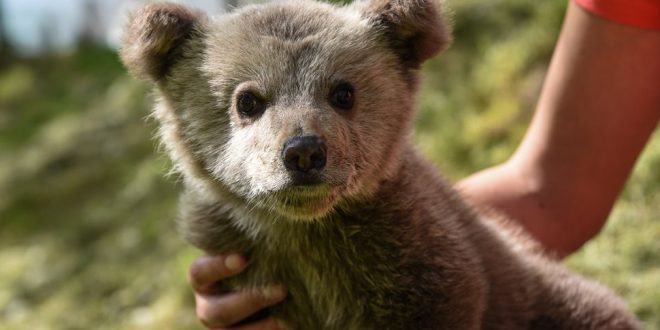 Orphan bear cub, Luigi, in heartwarming video; he was wandering on motorway

April 19, 2018 animals Comments Off on Orphan bear cub, Luigi, in heartwarming video; he was wandering on motorway 660 Views

An animal loving citizen found the bear cub in “Kleidi” by Amyntaio, West Macedonia, and took it to a safe place. The citizen alerted the Wildlife Protection and Bear Sanctuary Arcturos that sent a team in the area to locate the cub’s mother. The search for the mother continued through the night, all efforts brought no result, though.

Arctouros took the undernourished cub in the organization premises and integrated him in the rehabilitation program for orphan bears.

The cub will be live separately from older bears in the shelter for one year. He will be trained into the secrets of survival in the wild nature. If everything goes well, the cub will be rehabilitated in his natural environment.

For the time being, the cub enjoys plenty of care and baby bottles full of milk. He enjoys being in the safety of a sanctuary, loves to be in the arms of his caretaker even though he is a bit reserved towards humans.

He loves and to play with a ball and this is the reason why members of Arcturos Sanctuary named him Luigi;  after Italian Juventus goalkeeper Luigi Buffon.