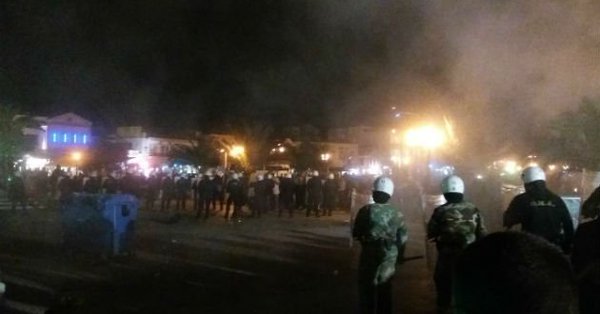 Night of shame on the island of Lesvos. Chanting “Burn them alive” and hurling flares, firecrackers, stones and bottles at protesting men, women and children refugees, far-rights were trying to break through the strong police forces. The men among the refugees had made a human chain to protect the women and the children who were peacefully protesting for acceleration of asylum procedures.

Protesters were holding wet opened blankets over their heads to avoid injuries by the hurled objects.

Left-wing, anti-authoritarians and solidarity groups had rushed to the square in support and protection of the refugees.

According to media, the far-rights were members and supporters of the anti-migration extremists of Golden Dawn and the Patriotic Movement of Lesvos, but also members of a local football club as well as average citizens. 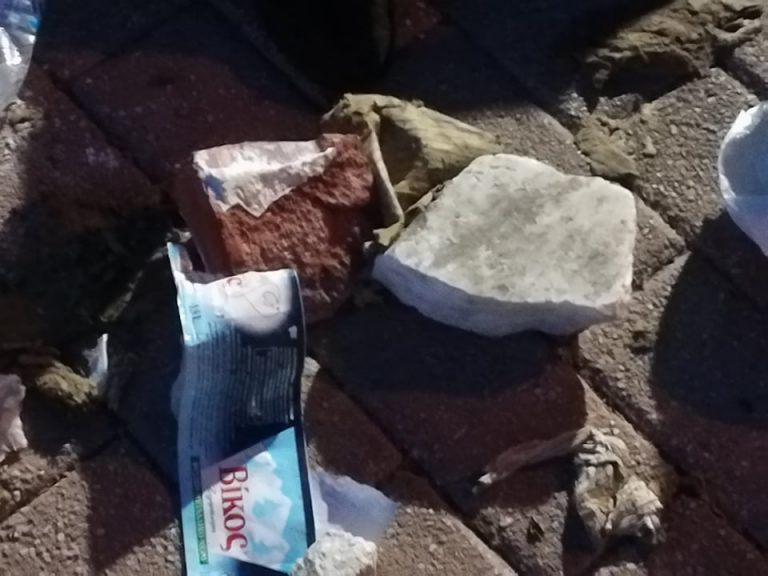 The far-rights initially threw stones at the police, later they moved through the city attacking refugees and migrants, set garbage bins on fire and hurling flares. 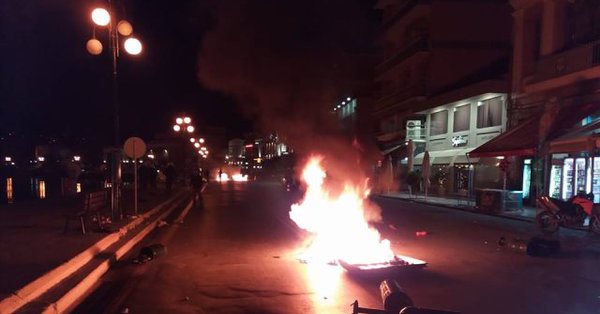 All through the night, the far-right mob were trying to break through the police forces and come close to the refugees, media report. The riots ended aorund 3 o’ clock in the morning. 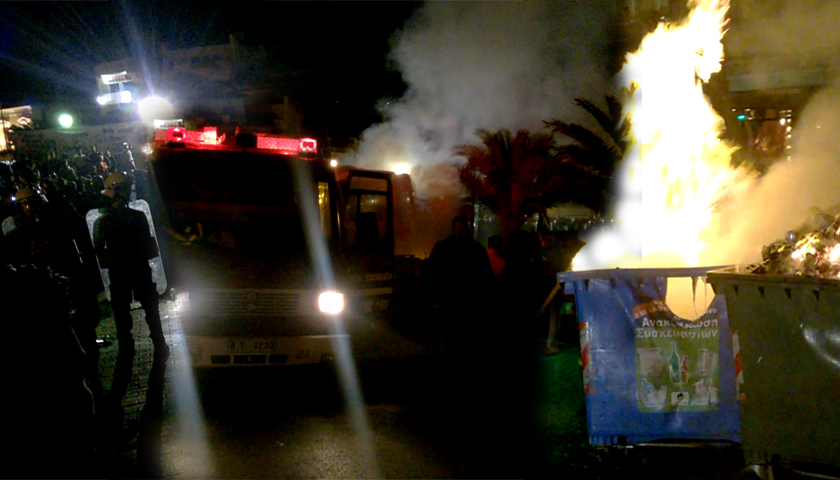 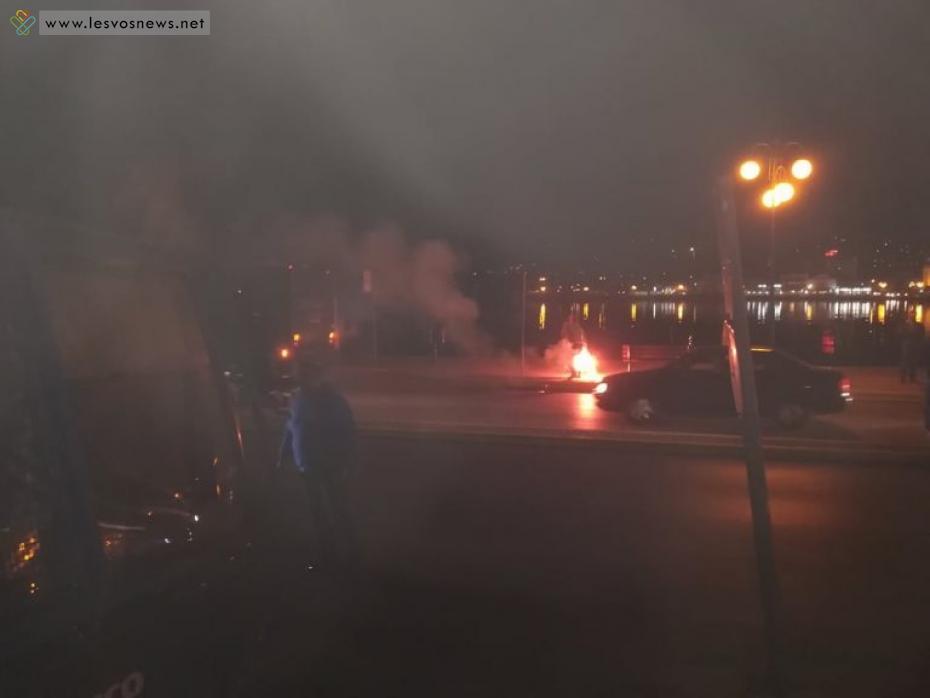 The riots started short after 8 o’ clock on Sunday, when a group of some 200 people moved to Sappho Square from a nearby event. Many people had gathered to express their solidarity with the two Greek soldiers in Turkish custody.

By 10 o’ clock more people – young in their majority – had flocked to the square following calls of far-right websites and social media on internet. 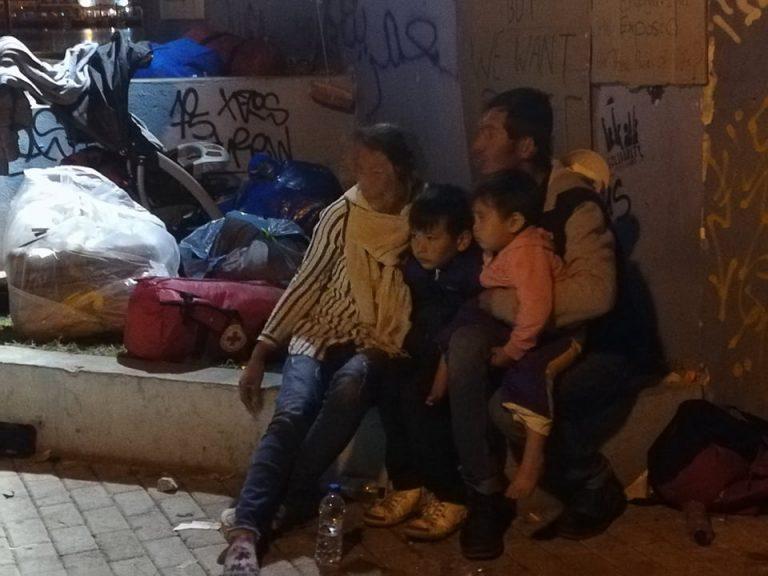 By the early morning hours of Monday the number of injured had reached more than 35 people, many of them sought first aid in the local hospital.

Police detained several people but did not disclose their numbers. 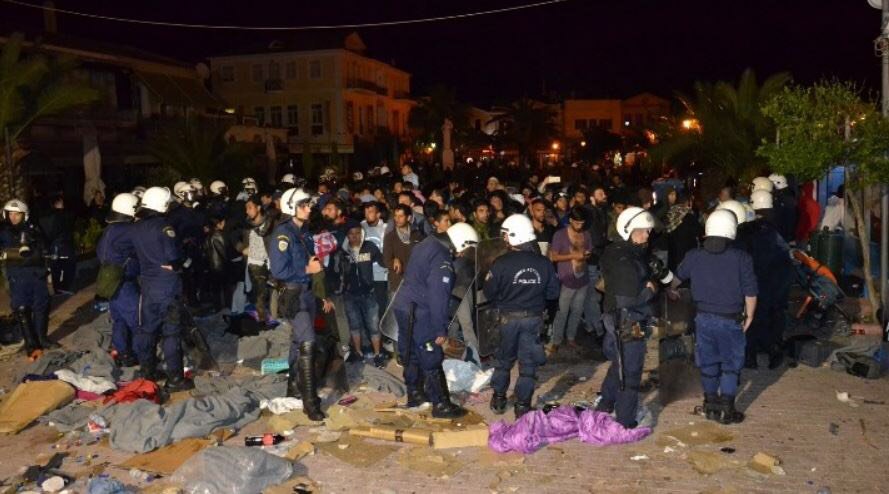 A police operation launched at 5:30 emptied the square by protesting refugees and transferred them back to the refugee hotspot of Moria.

The refugees and migrants had been occupying the square since beginning of last week,demanding acceleration of asylum procedures. Majority of protesters were from Afghanistan, local media   reported.

Despite calls by the mayor, they had refused to leave the square and return to the camp in Moria.

More than 6,000 people who have illegally arrived in Greece are stuck in the overcrowded hot spot of Moria, awaiting asylum.