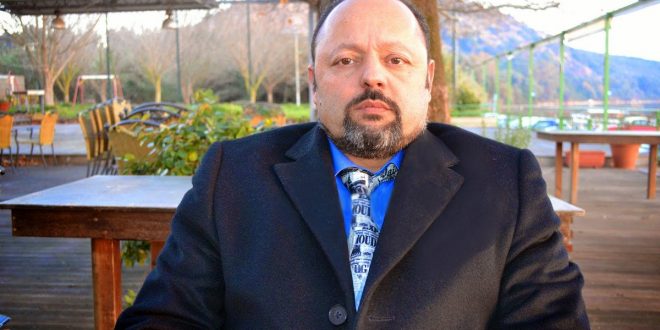 Artemis Sorras, the man to buy the Greek debt with $600billion, arrested in Athens

Greek police arrested fugitive Artemis Sorras in a house in Alimos suburb of South Athens on Saturday. The self-proclaimed “billionaire” had grown a beard and long hair and at times he was going around pretending to be a priest, some media report. The arrest followed a tip off, police sources told the state news agency.

An arrest warrant against Sorras was issued in for several cases of fraud, money laundering, embezzlement in March 2017.

In 2012, the unknown Artemis Sorras went public claiming to own shares of a Greek bank worth 600 billion USD. Bank Anatolia was absorbed by a Greek bank in 1924. He was claiming he was able to buy off the Greek debt from the lenders provided that the Greek political system would transfer to him political powers.

He started his debt vs billions campaign in  and thus among the diaspora Greeks in USA and Canada.

Later it was revealed that he had bought the bank shares in a flee market for a couple of euros.

He had established an ultra-nationalist organization called Greeks’ Convention. He was urging his supporters to not pay taxes and sent messages to tax authorities saying the state could claim the money from the $600 billion.

One day his supporters were surprised to see that they kept owing to the state despite their letter.

He lost many supporters after an organization member murdered another one, a woman, in Central Greece. and he lost even more when a court sentenced him to 8 years imprisonment for having embezzled the money of a previous business partner.

During the police raid on Saturday, he reportedly threatened the officers saying “I will remember each one of you. Instead of chasing some criminal you arrest me.”