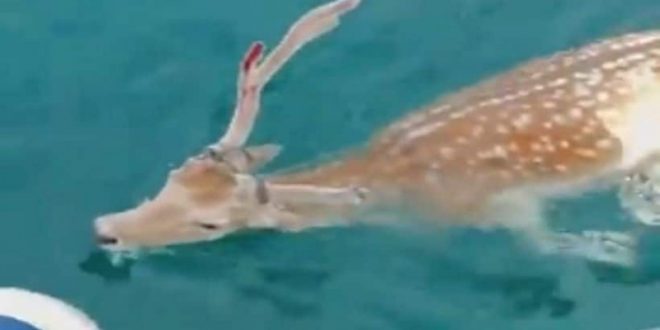 What does a beautiful deer do in the sea? Swimming…. desperately swimming to reach the shore. Fishermen from Halkida had only fish in mind when they started the boat engine on Friday morning. But their plans changed when they spotted a deer swimming some 300 meters away from the coastline, in the area of Bournontas Drosias off the west part of the island of Euboea (Evia).

The poor four-legged soul was most probably drifted away from the shore due to currents. 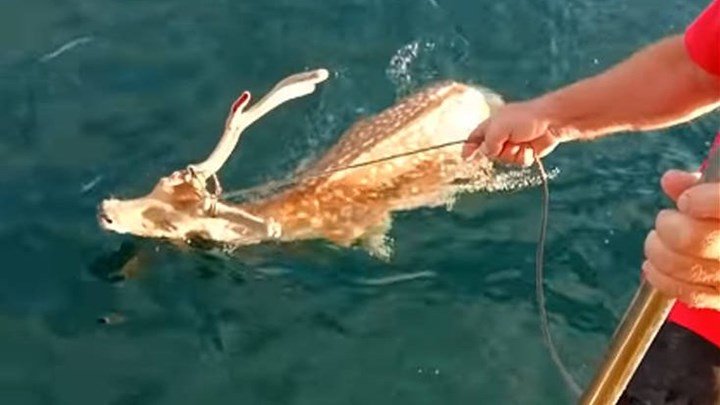 Local fisherman, Kostas Dermatis, had real fish in mind when he started the engine of his boat on Friday morning. On board was also his father in-law, Stamoulis Valmas. The two men had only swimming fish as their target… until they spotted the swimming deer.

They decided to let fish be fish and come to the aid of the forest animal.

They tied a rope on the animal’s  horn and carefully accompanied the exhausted animal to swallow waters.

Reaching close to the shore, the fishermen untied the rope and let the animal free to swim to the coast.

Once the deer reached solid ground under its paws it started to run… One last glance to his rescuers then it disappeared in the woods.

The videos were exclusively posted by local news website egnomi.gr.