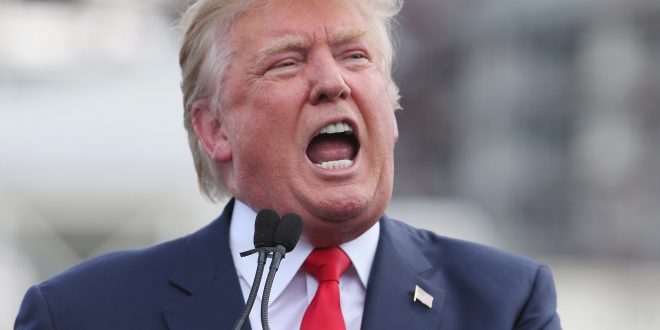 A day before the meeting with Russina President Valdimir Putin, US President Donald Trump continued to attack Europe. In an interview with “CBS Evening News” anchor Jeff Glor in Scotland, Trump named the European Union as his “biggest foe globally right now.”

Prompt was the response by European Council President Donald Tusk who used the same term Trump loves to chew from morning till late at night #fakenews.

America and the EU are best friends. Whoever says we are foes is spreading fake news.

The US President said also Russia is a “foe in certain respects” and China “is a foe economically.”

Coming off a contentious NATO summit and a trip to the U.K. in which he seemed to undercut the government of America’s closest ally, President Trump took aim at another Western institution just days before his high-stakes meeting with Russian President Vladimir Putin.

In an interview with “CBS Evening News” anchor Jeff Glor in Scotland on Saturday, President Trump named the European Union — comprising some of America’s oldest allies — when asked to identify his “biggest foe globally right now.”

“Well, I think we have a lot of foes. I think the European Union is a foe, what they do to us in trade. Now, you wouldn’t think of the European Union, but they’re a foe. Russia is foe in certain respects. China is a foe economically, certainly they are a foe. But that doesn’t mean they are bad. It doesn’t mean anything. It means that they are competitive,” Mr. Trump said at his golf club in Turnberry, Scotland.

On Sunday, British Prime Minister Theresa May told the BBC that Mr. Trump had encouraged her to “sue the EU” rather than negotiate over the U.K.’s departure from the bloc.

In the CBS News interview, Mr. Trump also continued to criticize the special counsel’s Russia investigation, saying it is having an impact on America’s standing in the world. “I think we’re greatly hampered by this whole witch hunt that’s going on in the United States,” the president said. “I think it hurts our relationship with Russia. I actually think it hurts our relationship with a lot of countries. I think it’s a disgrace what’s going on.”

Mr. Trump heads to Helsinki on Sunday ahead of his meeting with Putin on Monday. He told Glor he has “low expectations” for the summit. “Nothing bad is going to come out of it, and maybe some good will come out,” he said.