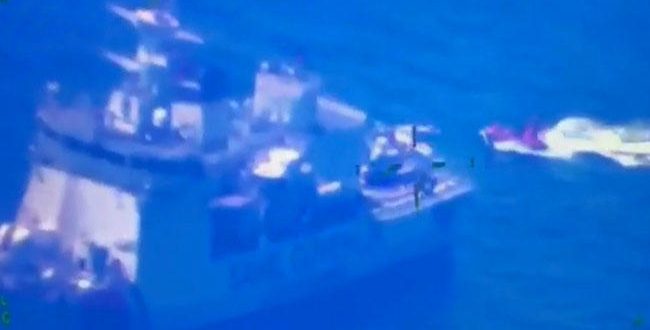 19 drowned, at least 28 missing in migrants shipwreck north off Cyprus

July 18, 2018 Refugees Comments Off on 19 drowned, at least 28 missing in migrants shipwreck north off Cyprus 518 Views

For one more time, the sea becomes the deep blue grave for men, women and children trying to flee the conflict in Syria and seek a better, peaceful life.  At least 19 people were drowned when a boat carrying 150 refugees and migrants sank off Yalusa located in the occupied territories of North Cyprus. 28 people are still missing on Wednesday afternoon, hours after the shipwreck.

The boat reportedly sank on Wednesday morning, it was spotted by a vessel of the Turkish Coast Guard.

A huge Search and Rescue operation continues, with the participation of the Turkish Coast Guard and commercial ships that happened to be in the area.

The 103 people rescued as well as the bodies of the drowned have been transferred to the Turkish port of Mersin.

One man who was seriously injured was taken to a hospital in North Cyprus.

Most of the boat passengers were Syrian nationals, Turkish media report.

The Republic of Cyprus informed the United Nations that it was ready to assist in the S&R operation but Turkey did not respond.

The island state is divided since the Turkish invasion in July 1974.

According to information, the shipwreck occurred north of the Agios Andreas Cape.