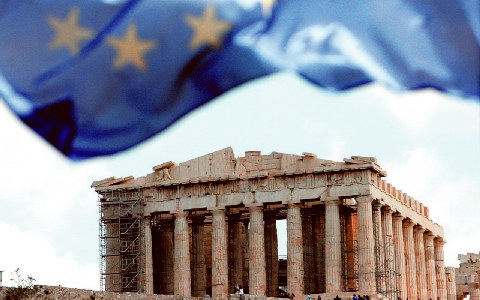 “EU-imposed austerity is finally over for pauperised Greece – and it’s time for a rethink of the whole European project,” writes political theorist  Marina Prentoulis on her opinion article “Greece may still be Europe’s sick patient, but the EU is at death’s door.

Greece has entered a new, “normal” phase now that the formal lending agreement with the troika (International Monetary Fund, European Central Bank, European commission) has come to an end. But after eight years of austerity, the truth is that no one can afford rose-tinted glasses. The crisis has cost Greece 25% of its GDP – unprecedented for any European nation during peace time – the unemployment rate sits at almost 20%, even after hundreds of thousands of people have migrated, and national debt is about 180%.

Even without its lending arrangements in place, Greece is not totally free from the creditors – a series of audits will ensure that the continuing reforms will go ahead to ensure a “healthy” economy.

During the crisis, Greece was portrayed as the chronically ill patient of the eurozone. These medical metaphors will persist despite the congratulations and the encouraging messages we have been receiving this week from our European partners. We’re now officially cured – but we remain under observation. As is common in cases of continuous hospitalization, the Greek morale is quite low, even after this week’s good news.

For those who supported the anti-austerity Syriza government during negotiations with the EU, the signing of the third memorandum on 12 July 2015 to guarantee continued financial support, was a moment of moral and political shock that went beyond the effects of the financial crisis. It was the point that Greece and the rest of the world realised that our European partners had no intention of breaking with the imposed austerity policies, despite the huge cost in human lives. It also showed that they would not cease demanding neoliberal structural adjustments – including privatisations of national assets – that had never previously been imposed on European countries. It was the moment when the “patient” realised that the “doctor” had forgotten their medical oath: in this case, to act in the interest of the people of Europe rather than in the interest of a flawed economic system.

During the crisis, cuts in pensions and wages of up to 40% and an aggressive taxation has led to the pauperisation of most pensioners and the collapse of the middle classes. Despite the best efforts of the Greek government, and after all the sacrifices of the people, the future of the country depends on the continuous growth of the economy and the achievement of budget surpluses year after year. And even though some breathing room has been granted regarding the debt for the next 10 years, Greece’s repayments are set to continue until 2060.

So, the Greek patient cannot really celebrate the all clear just yet.

But what have we learned from this ordeal? What can Greece and even the EU expect in the future?

The end of the bailout may allow the Syriza government more room for manoeuvre. First, it seems that in the immediate future, the current budget surpluses may allow the distribution of some dividend to the most vulnerable people. Second, the government could potentially cut down on taxation while increasing social spending. Finally, there could be a further negotiation with the auditors, which, if successful, could stop the scheduled cuts in pensions in 2019.

What is less certain, however, is whether the EU has learned anything from the past eight years. A year ago, the European commissioner for economic affairs, Pierre Moscovici, admitted that the decisions made behind closed doors regarding the Greek bailout were a scandal of democratic process.

The lack of transparency and the imposition of austerity as the only solution for the southern European countries hit by the financial crisis since 2008, at a time when other countries like Germany continued to prosper, has cast doubts on the entire European project. Ever since then, Euroscepticism has been spreading and can be seen as a contributing factor behind Brexit and the rapid ascendency to power of a number of nationalistic, xenophobic far-right parties across the continent.

For those of us who still believe in a social Europe, the real patient is the EU and the eurozone – a new treatment is urgently needed.