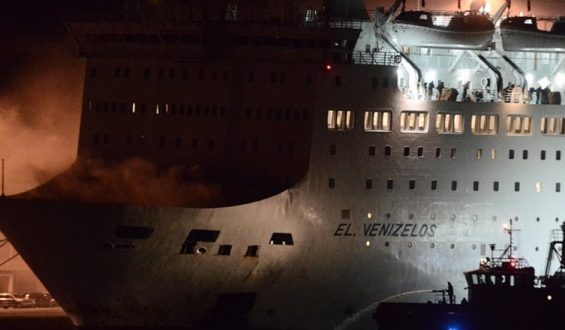 August 29, 2018 Very Mix Comments Off on Fire on Crete ferry with 1015 on board enforces emergency evacuation (videos) 1,908 Views

Dramatic hours for 875 passengers and 140 crew members of passenger ferry “Eleftherios Venizelos” when a fire broke out in a car parking compartment while the vessel was sailing in the open sea.

Nobody was injured and the ferry returned to Piraeus when passengers could be evacuated in safety in a procedure that lasted several hours due to the extraordinary circumstances. 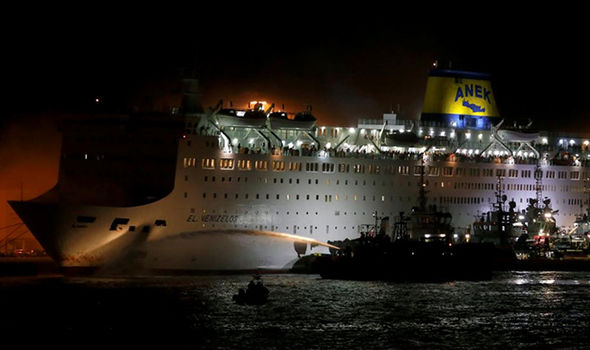 So far the cause of the fire is not known, it is suggested that it most possibly broke out on a truck vehicle.

The ferry had left the port of Piraeus at 10 o’ clock Tuesday night for Chania on the island of Crete.

The Eleftherios Venizelos was sailing 8 nautical miles off the islet Agios Georgios near Hydra when the fire broke out short before Tuesday midnight. 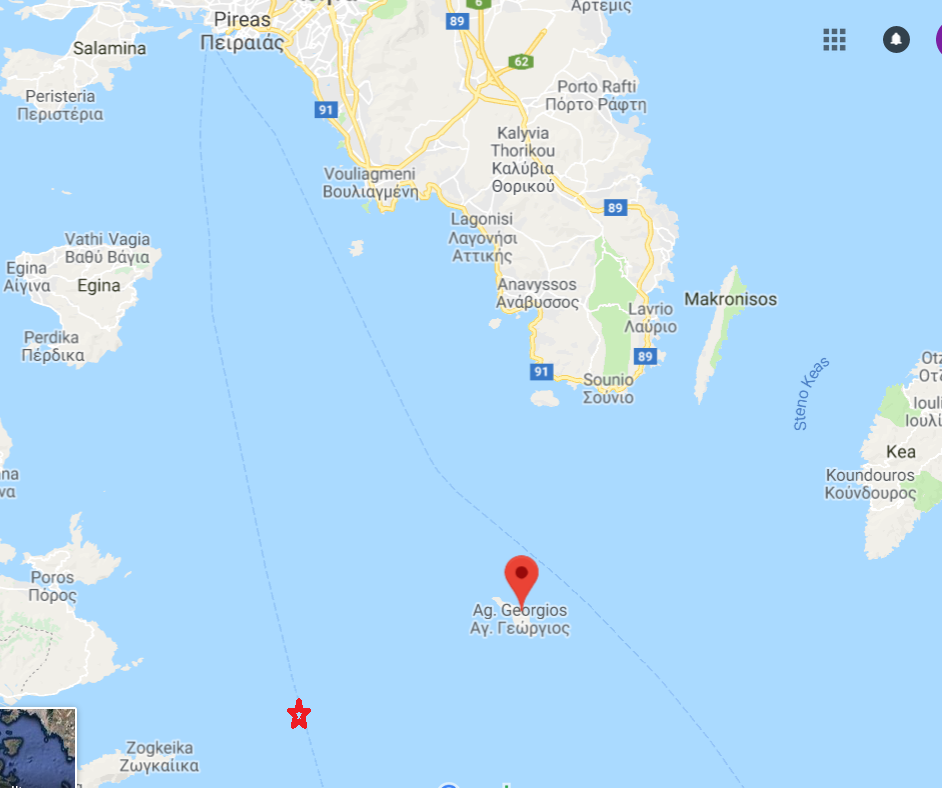 Smoke reportedly developed in the garage and was transferred to the passengers areas through the air ducts.

So far the cause of the fire is not known, it is suggested that it most possibly broke out on a truck vehicle.

According to some media, passengers in cabins claimed they heard an explosion but this is not confirmed by now. 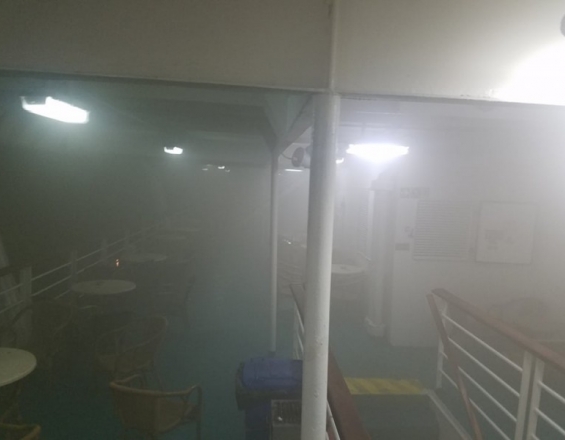 With the atmosphere on the ferry to be blurred from smoke, the crew gave immediate order to passengers to wear life jackets and ordered them to the deck.

Nine vessels of the Greek Coast Guard, two vessels of the Fire Service, tugboats, one tanker and three passenger ships sailed to the area, while a helicopter was deployed to monitor the situation from above.

The fire was mainly extinguished with the automatic fire system, however, there was still smoke when the ferry returned to the port of Piraeus and docked at 4 o’ clock in the morning.

A passenger told media that the fire revived.

There was an initial plan to evacuate the Eleftherios Venizelos, however, after a re-estimation of the situation, it was decided to return to Piraeus. 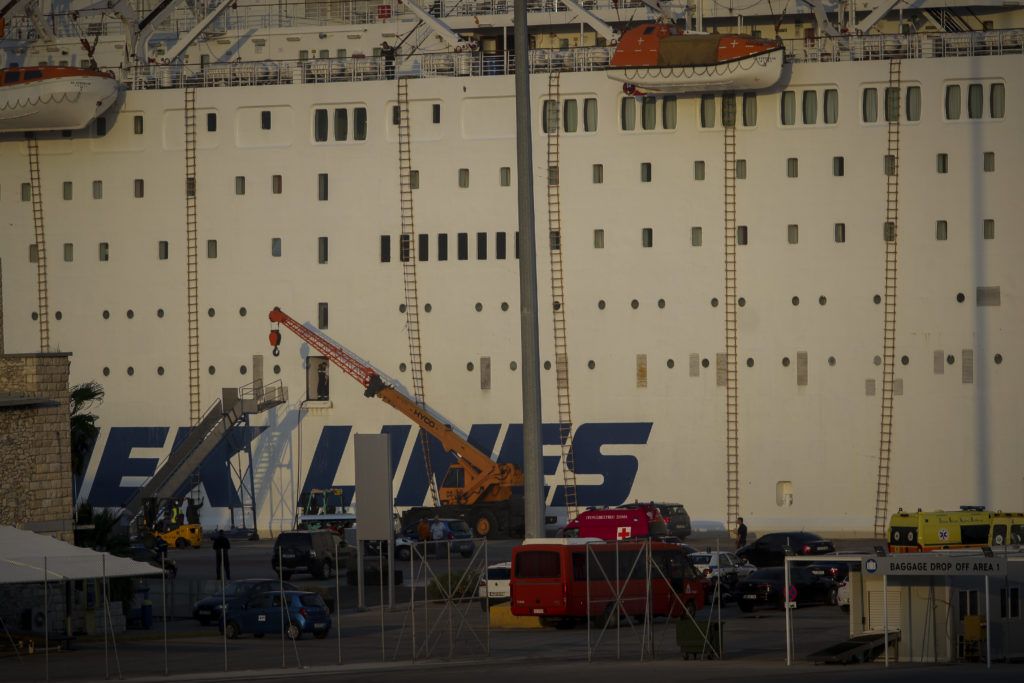 Upon arrival in safety a passenger told media that the crew was readying for the passengers evacuation. “They were preparing boats and rope ladders, but then it was decided the ferry returns to the port.”

Once in Piraeus, passengers were allowed to disembark with the help of a stairway from the Fire Service. 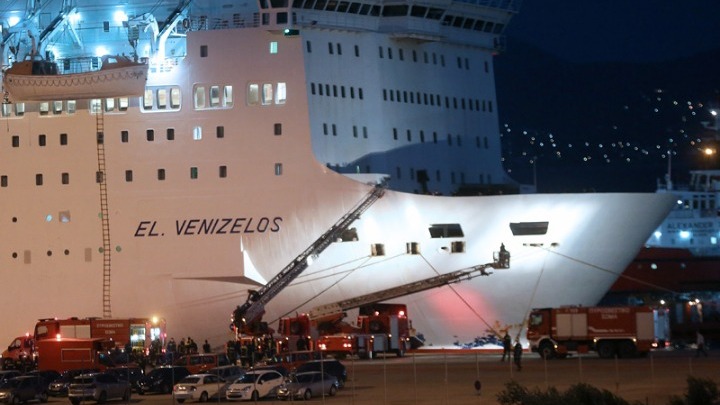 For people with special needs an

Ambulances were waiting at the dock as several children and seniors reported respiratory problems.

Among the passengers were people with special needs, babies and children and seniors. 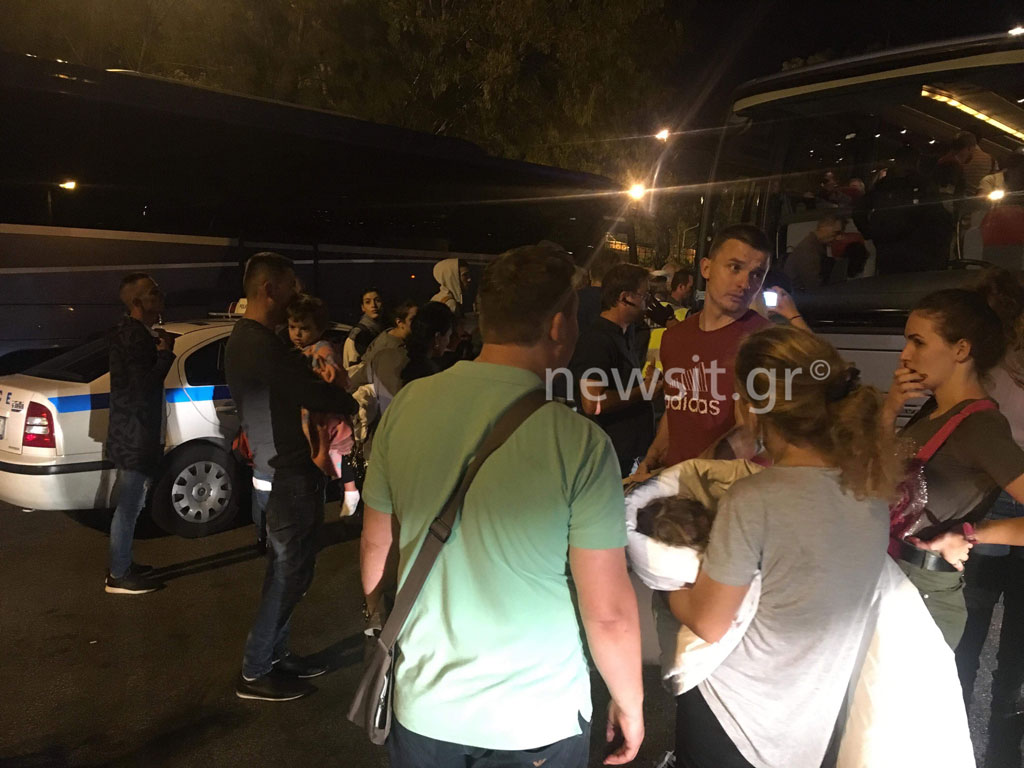 The company ANEK Lines offered to passengers transport to hotels in Piraeus until they could travel again with other ferries to the original destination. 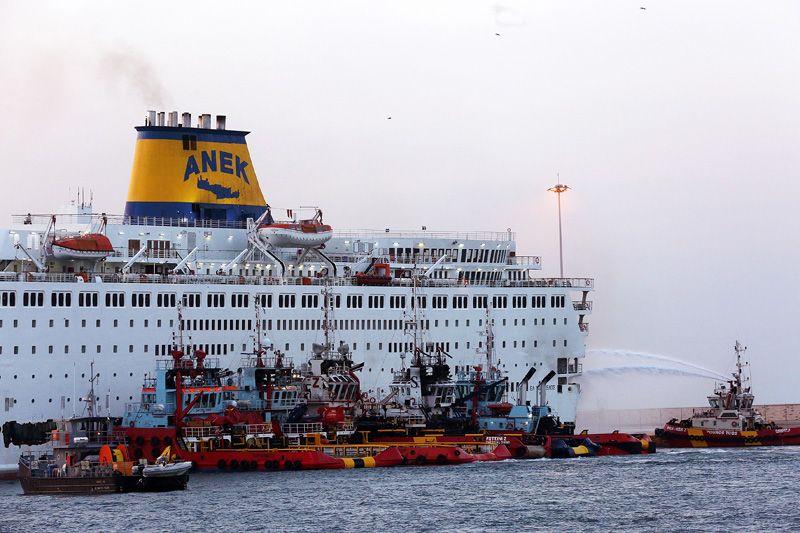 Passengers told media of the dramatic hours they spent on the ferry and praised the crew.

“I was sleeping in the cabin, the alarm went on, my cabin made woke me up and told me the ship was on fire, ” a woman told Skai TV. “We went to the deck, smoke was everywhere, babies were crying, dogs were barking, some shouted we’re burning, some were cool and the crew did whatever it could to calm us down and be patient.”

Another passenger said that the crew was well skilled for such an emergency situation. 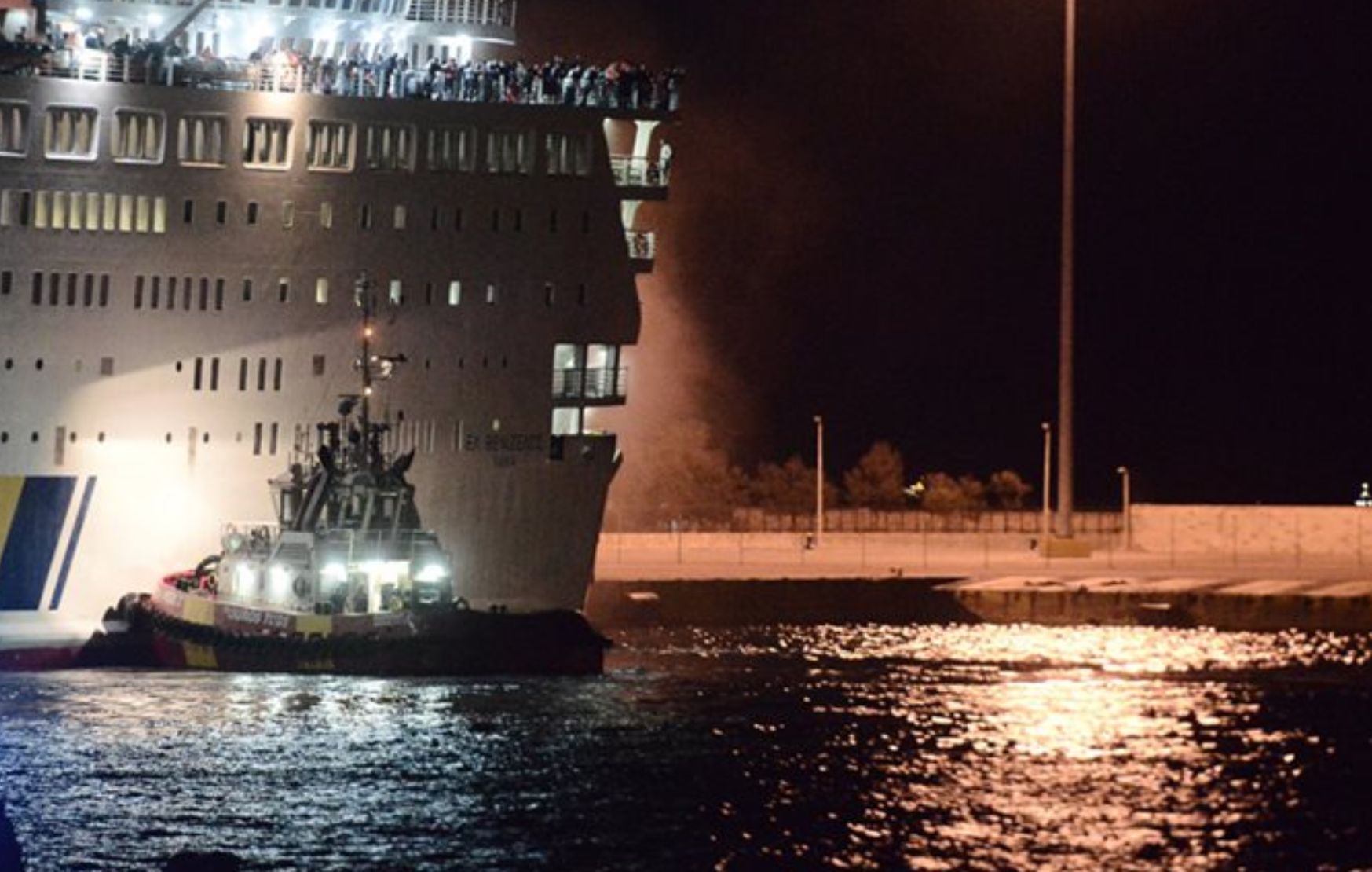 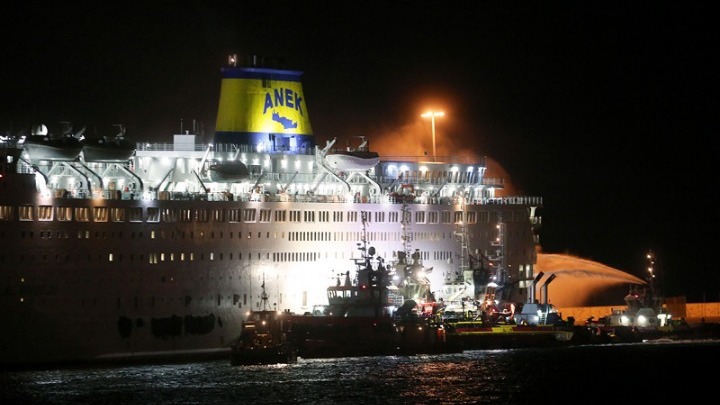 By 10 o’ clock Wednesday morning, the ferry hatch remains closed as the Fire Service is still conducting inspection. “Opening the hatch could revive the fire due to oxygen inflow,” state broadcaster ERT reported.

A Fire Service representative confirmed to ERT TV that the fire was in the parking compartment.
In a statement company ANEK said that the fire broke out in the 3rd garage.
The ferry carries 80 trucks and 152 private cars. It is not known whether the fire damaged vehicles.
The company has reportedly informed passengers that they can take their luggage stored in the garage and their vehicles three days later, after the damages in the parking compartment have been recorded.