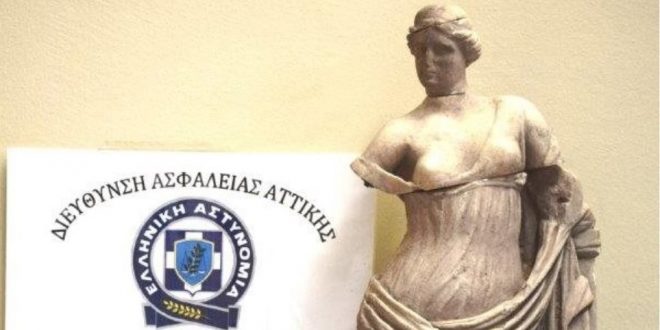 Greek authorities have arrested an antiquities smuggler who was about to sell a 2,000-year-old marble statue of  ancient goddess of love Aphrodite and other antiquities stolen from the Museum of Santorini island.

Police arrested the 43-year-old Greek in the seaside town of Loutraki in the Gulf of Corinth on Tuesday morning. He had the antiquities in the trunk of his car.

The man was about to sell the 80-centimeter statue of Aphrodite and other antiquities of priceless worth for 350,000 euros, media reported. 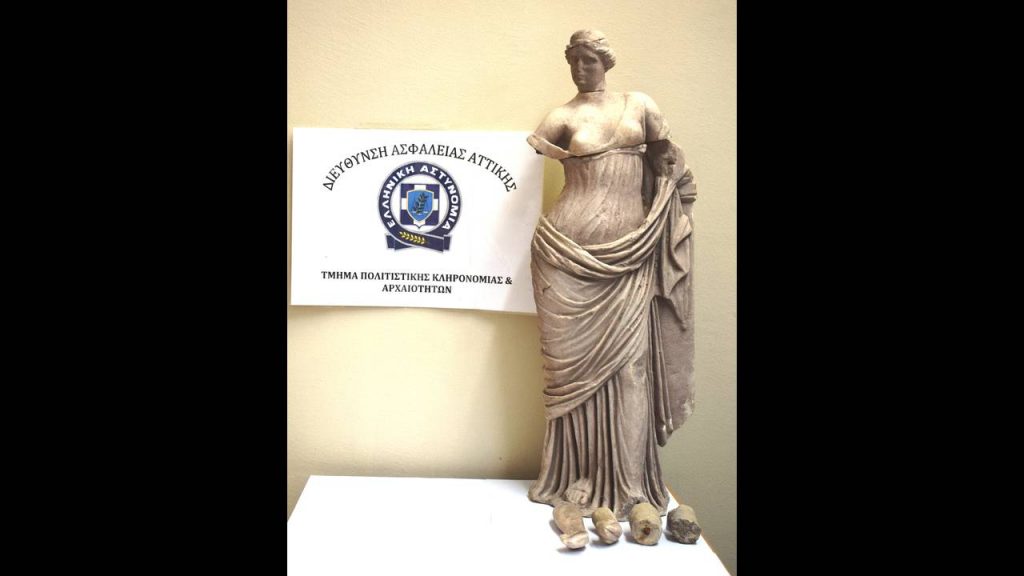 The marble statue of Aphrodite is estimated to be dated from the 2nd or 1st century BC.

Among the stolen artifacts is also a stone carved on four 26-centimeter bright sides. The 14-centimeter high stone ‘cube’ depicts devise antiquity hero Heracles with the serpentine water monster Lernaia Hydra. It is estimated to be date from the 3rd century AD. 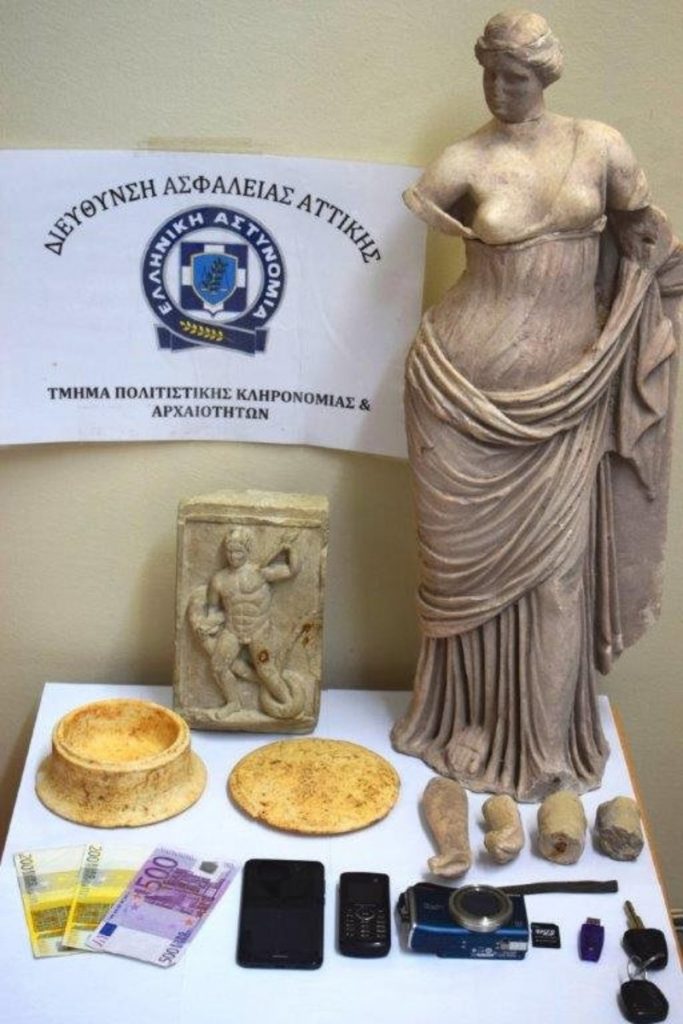 Police confiscated the car, a digital camera and mobile phones as well as 900 euros in 200 and 500 banknotes.

Police has reportedly arrested another two Greek men as accomplices.

A police statement Wednesday said the director of the Santorini museum confirmed the Aphrodite statue was stolen from the storeroom.

The artifacts are to be returned to the Prehistoric Museum of Santorini and the Museum of Corinth. 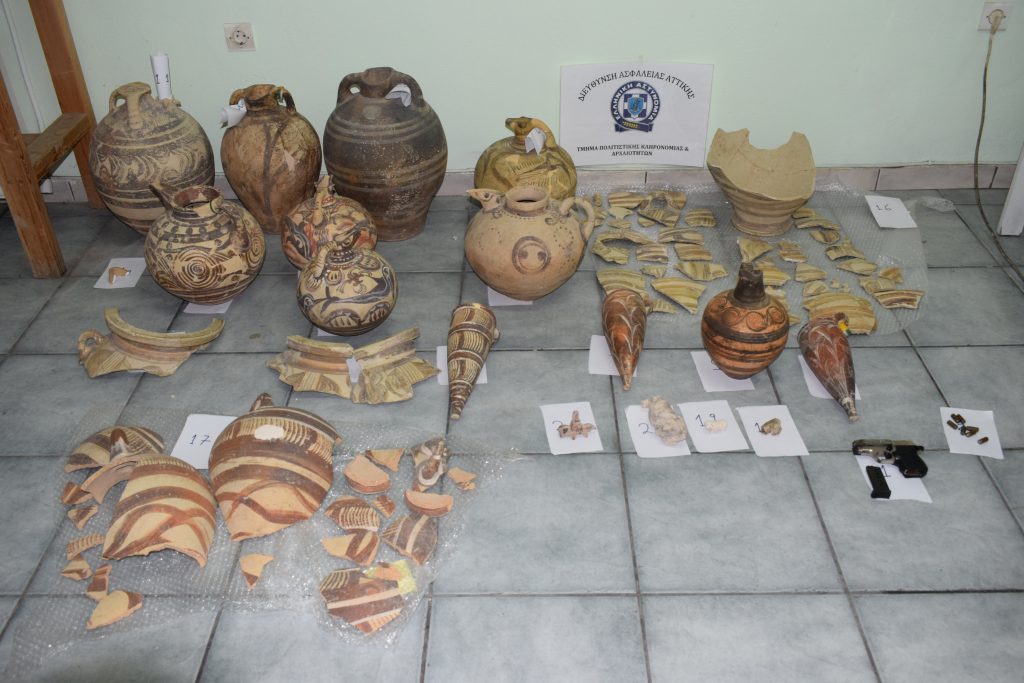 Fifteen clay pots dating from the 17th century BC, two stone and one clay figurines as well as a “quartz crystal object” dating from at least the 8th century BC were found in the watchman’s home.

So far there have been no reports on whether the two cases are connected.

PS I am sure the 200- and 500-euro banknotes were hidden ‘under the mattress’ so to say, as one hardly can see them circulating in the last 5-6 years.