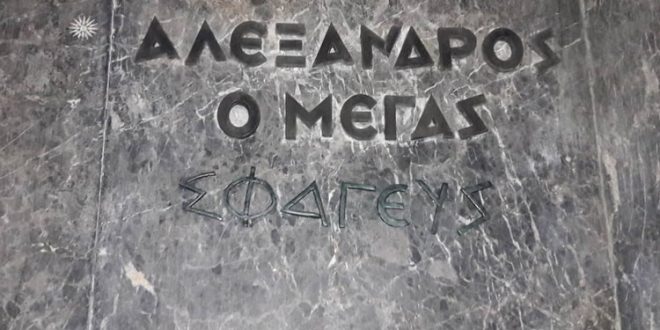 Unknown perpetrators vandalize statue of Alexander the Great in Thessaloniki

Unknown perpetrators have vandalized the statue of Alexander the Great located at the seaside in the center of Thessaloniki, Northern Greece.

The perpetrators wrote the word “slaughterer” on the statue pedestal under the inscription bearing the name of the Macedonian king and conqueror. 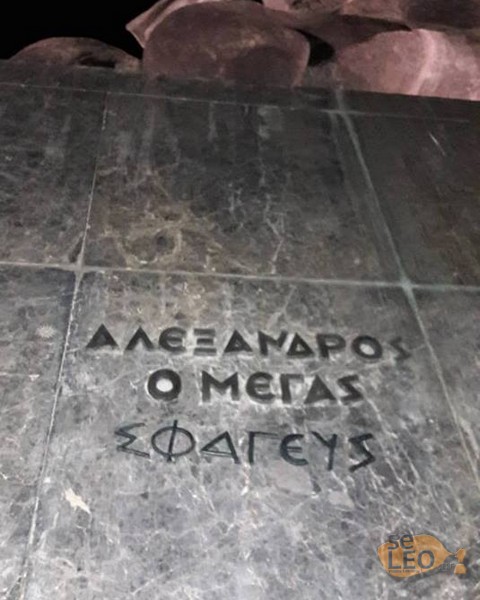 According to local media, the perpetrators first sprayed the statue with glue and then placed the letters imitating the Ancient Greek alphabet font.

The letters were removed in the morning but the glue traces were still visible, writes local thestival.gr,  however without noting who removed the letters. 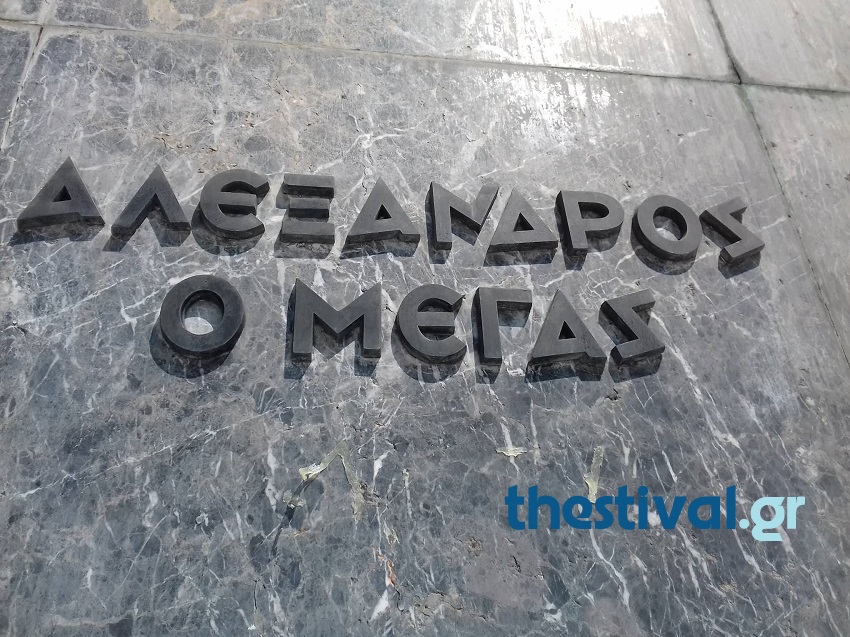 The vandalism took place in the night from Wednesday to Thursday, just two days before the planned mass protest against the Prespes – Macedonia Agreement in the city. 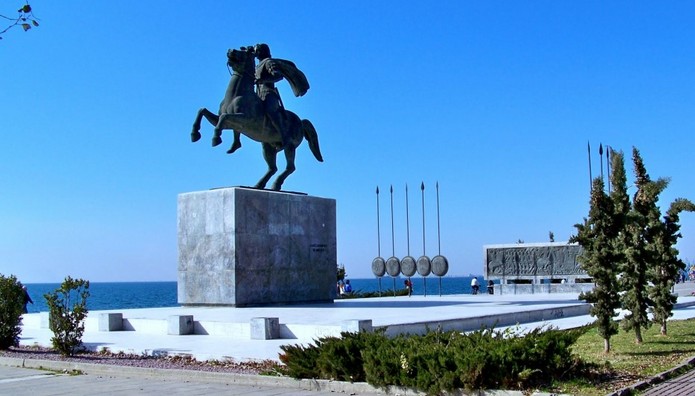 This is a “unprecedented insult to the statue of Alexander the Great,” local media seleo.gr, comments.