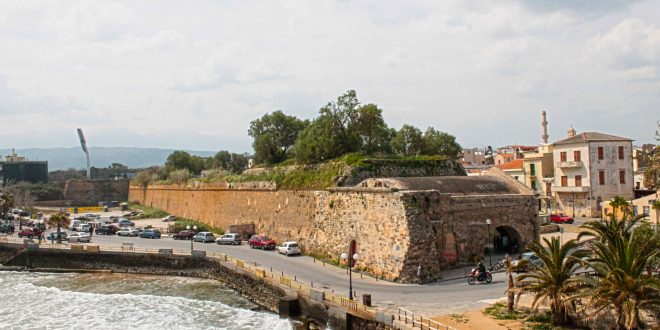 Archaeologists and sites Guards are up in arms after the  Greek Finance Ministry issued a decision ordering the trasnfer several historical sites and buildings,  museums, monuments and historical buildings to the Super Privatization Fund.

“They belong de facto to the state and are off any trade,” the Greek Archaeologists Association said in a statement with the title “No to sale off of  the country’s monuments” issued on Wednesday.

According to the archaeologists a total of 10, 119 archaeological sites, museums and historical buildings have been transferred to the Privatization Fund, many of them from the area in and around Chania on the island of Crete.

“Monuments are protected by the Constitution, they cannot be transferred or be sold,” the Association said adding that this  unprecedented transfer became known  when the catalogue of  the monuments in and around Chania became public.

Among those monuments and museums in Chania are the new Archaeological Museum, the archaeological museum located inside the St Francis Church, the National Museum Eleftherios Venizelos, the Historical Archive of Crete,  several Venetian and Byzantine moats, fortifications and bastions as well as properties where important Minoan architectural remains have been discovered.

“Is Acropolis next?” the Association of Guards at archaeological sites said in an equally angry statement on Thursday adding that also land plot where excavations take place have been transferred. The threaten with  strikes.

“Our response will be very tough. Our cultural heritage belongs to all Greeks, no government has the right to negotiate about it or trasnfer ownership,” they said in their statement.

How could this happen?

The Committee assigned with the trasnfer of the state properties to the Privatization Fund is free to act  as it likes.

Apparently, the Finance Ministry did not take the necessary measures in time to exempt all these sites, museums and monuments.

Negligence? On purpose? In hope that the illegal transfer will not be flown out?

Fact is that the trasnfer takes place with the ministerial decision.

In a statement issued  earlier on Thursday, the Finance Μinistry said  “that the ministerial decree for the transfer does not mean that the transfer is automatic as control checks have to be conducted first.”

At the same time it explains that from the trasnfer are exempted sea shores, beaches, areas under natural protection, archaeological sites and pure forest areas, , squares, streets, ports*” and a list of  other state properties that have little to do with the issue.

The Finance Ministry says among others that the transfer of public properties to Privatization Fund was one of the 88 lender’s prerequisites for the conclusion of the 4th review of the Greek program.

I remember when finance Minister Euclid Tsakalotos issued a transfer order from properties belonging to the National Tourism Organization. The decision of  June 2016 had also ordered the transfer for privatization also of the tomb of  prominent politician Eleftherios Venizelos.

On Friday morning, Culture Ministry Myrsini Zorba admitted the trasnfer and blamed her predecessor Lydia Koniordou for any possible negligence.

“It was wrong not to exclude the monuments in 2016, I suppose Mrs Koniordou had made some arrangement with the financ eministry, but I don’t know,” Zorba told media.

“This is the Law of 2016 that gave to the Privatization funds all properties of the Sate with the exception of declared archaeological sites, Ramsar regions etc. I have no reason to question the legal order of the Finance Ministry, ” Zorba added.

The previous day, the Culture Ministry tried to rebuke the archaeologists but it ultimately could but accept the bitter truth.

*Greece was forced by lenders to privatized its biggest ports in Piraeus and Thessaloniki.