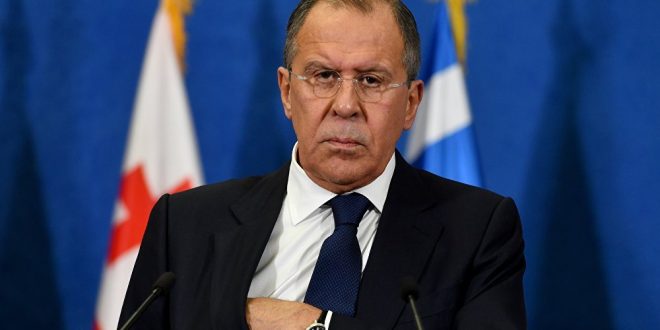 Russia hints it may veto the Prespes Agreement between Greece and FYROM at the United Nations after the referendum on Sunday did not bring the necessary voters’ participation. As a permanent member of the UN Security Council, Russia can submit a veto should the Agreement be considers at the Council in the framework of Resolution 845 of 18. June 1993.

IN a statement issued by the Russian Foreign Ministry, Moscow said among others that the referendum cannot be considered as “valid” given the 36.8% turnout.

On September 30, the Republic of Macedonia held a referendum on the Prespa Agreement, which stipulates changing the country’s name to North Macedonia. The 36.8 percent turnout means that the referendum cannot be recognised as valid (the turnout must be at least 50 percent). It clearly indicates that Macedonian voters chose to boycott the solutions imposed on Skopje and Athens externally – as the leading politicians from NATO and EU member states participated in this large-scale propaganda campaign directly, freely interfering in the internal affairs of this Balkan state.

Despite the fact that two thirds of Macedonia’s population did not vote in favour of the Prespa Agreement, the results of the vote were instantly hailed by the EU and NATO leaders, and in Washington as well. The desire to ensure and speed up Skopje’s accession to NATO despite the will of the people of Macedonia is evident.

Our principaled position remains the same: a long-term solution can only be agreed upon by the two parties on their own, without any external interference, and only within the framework of the law and with broad public support. The Prespa Agreement clearly fails to meet these criteria. It is inconsistent with the international law and the Constitution of Macedonia, which was repeatedly emphasised by the Macedonian President Gjorge Ivanov, including from the rostrum of the UN General Assembly.

Moscow is an opponent of the Prespes Agreement as FYROM’s accession to NATO would eliminate Russian influence in the Balkan.