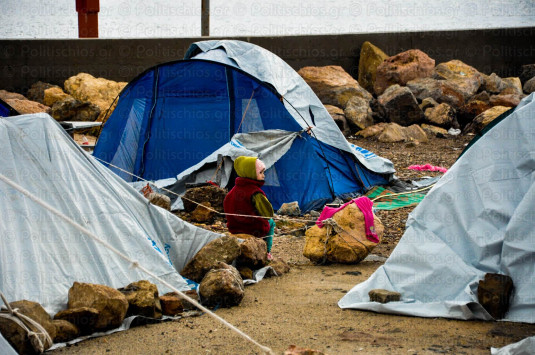 The Director of Refugees Reception and Identification Centers in Greek Ministry of Migration was fired early afternoon Thursday.  Previous to his dismissal, Andreas Iliopoulos had given an interview to a Greek newspaper in which he was asking the prosecutor’s intervention with regards management of EU Funds for the refugees and migrants in the country.

“It is time that prosecutors intervene. They will see whether there have been violations of the laws  and it will be up to them for further investigation. I say things are out of control. Chaos prevails right now,” Iliopoulos told newspaper Fileleftheros.

Iliopoulos claims come amid reports of bad management of EU Funds for refugees and migrants by the Greek Defense Ministry and an investigation conducted by EU’s Anti-Fraud agency OLAF.

“Iliopoulos did not sufficiently served his duties and that was the reason he was given the opportunity to resign last Friday,” Minister Dimitris Vitsas said. He described as “untrue” what Iliopoulos said in the interview and stressed that legal steps will be taken.

Retired lieutenant general Andreas Iliopoulos was appointed to this position by SYRIZA and was managing the reception and identification centers on the islands of Lesvos, Chios, Samors, Kos and Leros as well as the center at Evros River in North-East Greece.

In his interview to Fileleftheros, Iliopoulos said that there was evidence of widespread mismanagement of fund both by the state mechanism involved including the Defense Ministry and other bodies as well as by non-governmental organizations (NGOs) managing EU funds.

He said that the sharing responsibilities at multiple levels favors corruption and drastically aggravates the services to improve the living  conditions of refugees for whom the European Union has spent over 1.6 billion euros.

“Control has been lost, chaos prevails,” Iliopoulos said warning that “soon the islands will end up like Idomeni.”

Next to “government responsibilities” for the situation Iliopoulos also criticized the “dozens of NGOs that manage EU Funds and we do not know what kind of cooperation agreements they have,” Iliopoulos said.

“More than 1 million euro have been allocated to Moria for the transportation of waste only and we are still at zero point. With this money we would have built many biological treatment plants. These things must be seen by those responsible. Those who have the responsibility of controlling costs. They have to examine analytically where the money is going and why the planned procedures may not be followed,” he said.

With regards to the reception and identification centers he was managing, Iliopoulos said that they report to police and prosecutors the security issues the staff faces or the incidents of violence they experience.”

In his interview to fileleftheros, Andreas Iliopoulos expressed his willingness to talk about all these to the European authorities.

On 23. September, three journalists of fileleftheros were detained after a lawsuit by Defense Minister Panos Kammenos following a report about mismanagement of EU funds for refugees by the ministry.