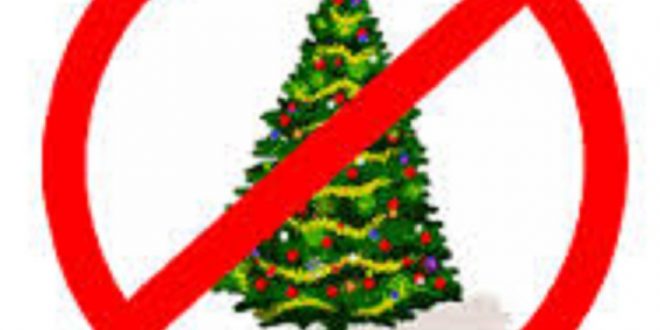 Constitutional revisions with regards to religion reforms prepared by the government have triggered a religious frenzy of such level that even Greek Orthodox hardliners would envy. “Religious neutrality” and scrapping the religious oath for lawmakers and the President of the Hellenic Republic will end up in banning public celebration of Christmas and removing the cross form the Greek flag. This was the fairly deliberate interpretation by a high-ranking member of conservative New Democracy aiming to decompose the SYRIZa proposal and spread disinformation, horror and Flag-and-Christmas shock.

It must have been one of the most populism moments of New Democracy at Skai TV, when MP Makis Voridis staged a show of obscurantism, religious fanaticism and Byzantine glorification – that ended in 1453.

“The cross will be removed from the flag and we will not be able to celebrate Christmas or set up the Nativity scene in public places,”  Voridis claimed on Monday in an unprecedented performance of nonsense and canting rhetoric.

“When you proclaim religious neutrality, you are in fact breaking with our identity and our traditions as they have been settled for hundreds of years. We are the heirs of the Byzantium and the balanced that existed between the Emperor and the Patriarch. This is what we inherited, this is what is reflected in our constitutions, our traditions. Tsipras asks to break down this history or ours,” he said among others.

“New Democracy has stated that this article in the Constitution will not be revised,” Voridis said. 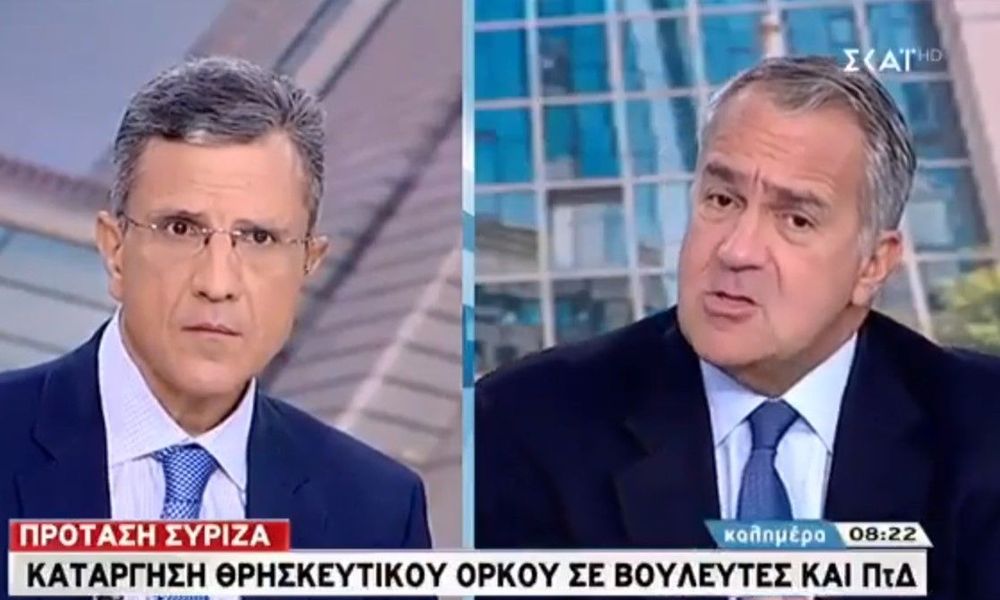 Hasn’t it be for the video circulating on news in websites and social media, one could have thought that what he was alleged to have said was fake news by ND political opponents.

Anyway, those directly affected by the relevant Constitutional revisions, the Holy Synod of the Greek Orthodox Church and Archbishop Ieronymus have asked the Prime Minister to clarify the term “religious neutrality.” The Holy Synod is expected to publish its official view on the issue tomorrow, Tuesaday.

PS on social media it is claimed that next to Christmas also traditional Greek Christmas cookies melomakarona and kourabiades will be banned and Santa will be arrested the moment he enters Greek soil or most likely Greek Air Space.