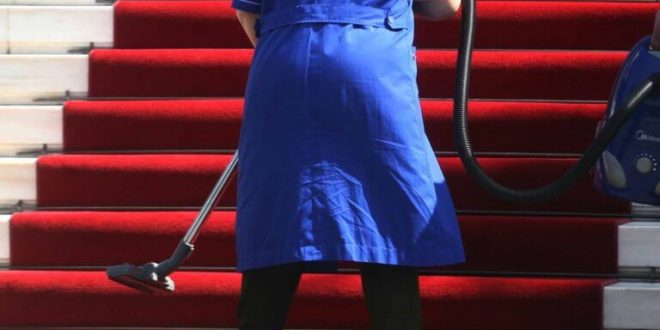 A mother of 13 children who applied for a job vacancy was sentenced to 8 years imprisonment for having forged the date she graduated from elementary school.

In her job application for a work at a state hospital in Ioannina, Epirus, the woman had wrote the year of her graduation as 1980 and not 1981 as was the correct one.

According to authorities, the woman’s crime was that she falsified the year of her graduation from elementary school with the purpose to gain profit.

She was sentenced in absentia for the offenses of “forgery by use” and “false statement for profit.”

Judges at the First Instance Court found her guilty and sentenced her to 8 years, although the woman had requested a postponement as she suffers from heart problems and she had submitted a statement by a doctor.

The woman seems indeed to have submitted a forged graduation paper as she was desperately seeking a job in order to ensure some basic income and welfare for her 13 children, 5 of whom are minors.

“We know that behind this story there is a real tragedy,” local media prevezatoday stresses.

The woman now anticipates the decision from the Court of Appeal.

It is the second case the Greek courts exhaust the severity of law on cleaners or aspiring cleaners.

A 53-year-old cleaner in Volos, Central Greece, was sentenced to 10 years imprisonment for having forged her elementary school papers. The woman had not completed basic education but attended up to 5. grade. However, in her application to work as cleaner at the municipality nursery she had submitted forged falsely declaring that she had attended also the 6. grade. The cleaner’s forge was discovered after she had worked for 20 years.

Following the court decision last year, she spent 23 days in prison and was released after a public outcry and the intervention of the prosecutor of Greece’s Supreme Court, where the woman’s case is to get the final decision.

Behind this woman’s story there is also a tragedy with underage children living in harsh conditions and were at risk to be removed by the Welfare. “I forged only one grade,” the cleaner told media adding “I did it for my children, otherwise they would be removed from home and taken to public children institutions. I didn’t want them to grow up in an orphanage like me.”

PS Cleaners without resources and minimum education are an easy target for those who implement the law. In contrast, those who stole millions of euros in kickbacks find themselves in suspended sentences due to “previous descent life.”

Is Justice served only when offenders lack resources to defend themselves?