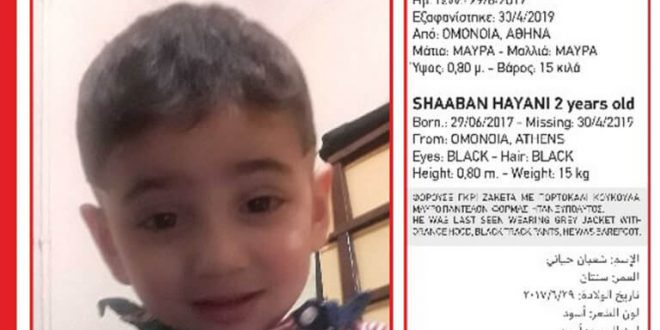 A 2-year-old refugee child has been missing from Omonia square in downtown Athens since  Tuesday night, April 30, 2019.

At the time of his disappearance, Shaaban Hayani was wearing a grey jacket with orange hood, black pants and he was barefoot. 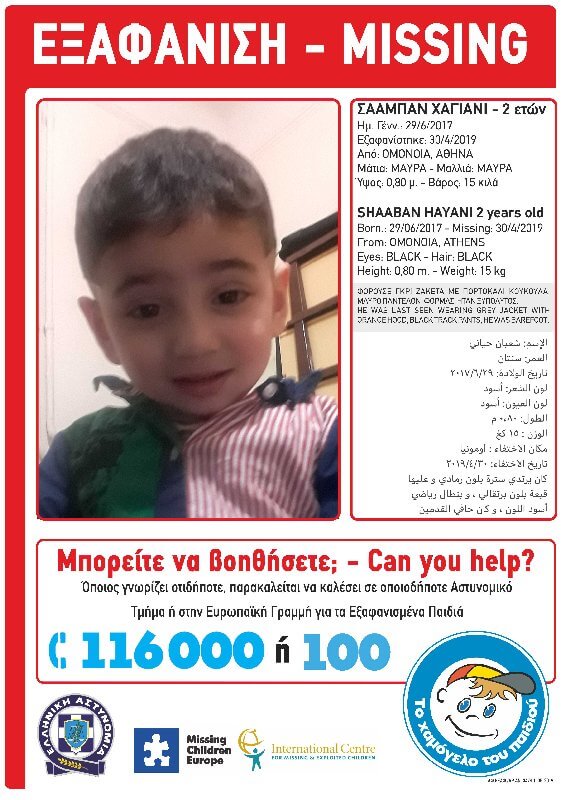 The Amber Alert was issued by the Greek police and local charity organization To Hamogelo toy Paidou.

If you have any information, please, call the Greek police at phone number <100> or missing children hotline <116000>.

UPDATE:Early Wednesday evening, the Hamogelo issued a statement saying that the child was “wandering around alone and was found by a citizen” who apparently took the child home but did not contact the police. “The citizen the Hamogelo on Wed morning when he saw the Amber Alert on local TV.”

Meanwhile, the child has returned to his family.

PS How can a 2-year-old wander around and how can a citizen find a ‘wandering toddler’ and not go to police? Odd…