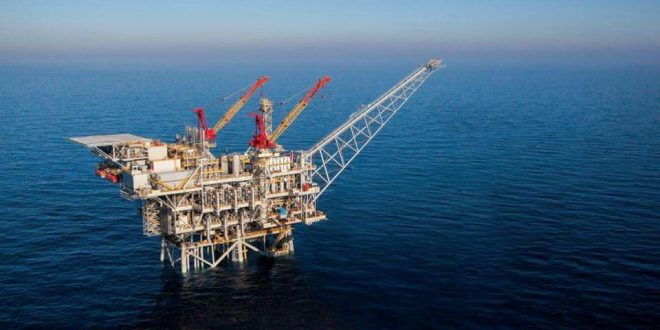 Turkey sends non paper to EU, warning to stay away from Cyprus EEZ

June 23, 2019 Turkey-GR Comments Off on Turkey sends non paper to EU, warning to stay away from Cyprus EEZ 1,313 Views

Turkey has sent a “warning” to the member states of the European Union that the Greek-Turkish relations and the prospects for resolving the Cyprus problem will deteriorate if Brussels is involved in the issue of the Cyprus Exclusive Economic Zone. The warning dated June 19 was sent in a form of a non-paper to 27 EU members but not to Cyprus. 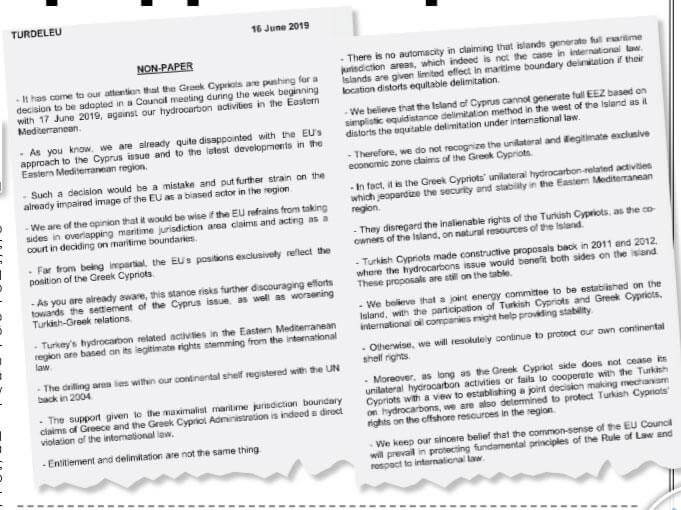 The non paper states that the Turkish side is of the view that “it would be prudent if the EU does not take account of overlapping claims on the area of ​​maritime jurisdiction and does not act as a court in deciding on maritime borders.”

It warns in particular that “this attitude threatens to further discourage efforts to resolve the Cyprus problem, as well as exacerbate Greek-Turkish relations.”

The Turkish document also states that “the drilling area is located within the Turkish continental shelf registered in the UN since 2004” and reiterates the claims that all islands, including Cyprus, can not have a full Exclusive Economic Zone, and that this would cause distortions in the fair delimitation under international law.

Reaffirming Turkey’s and Turkish Cypriot standing rights, Ankara’s non paper proposes a solution, “to establish a joint energy committee with the participation of Turkish Cypriots and Greek Cypriots”, noting that “otherwise, we will continue with determination to protect our own rights on the Continental Shelf.

Turkey also warns that as long as the Greek Cypriot side does not stop the unilateral hydrocarbon activities or fails to cooperate with the Turkish Cypriots in view to establishing a joint decision-making mechanism for hydrocarbons, the Turkish side is “determined to protect the rights of Turkish Cypriot offshore resources in the region” .

The Turkish non-paper concludes saying “common sense will prevail in the EU’s decisions.”

The non paper was published by Cypriot daily Fileletheros on Sunday.