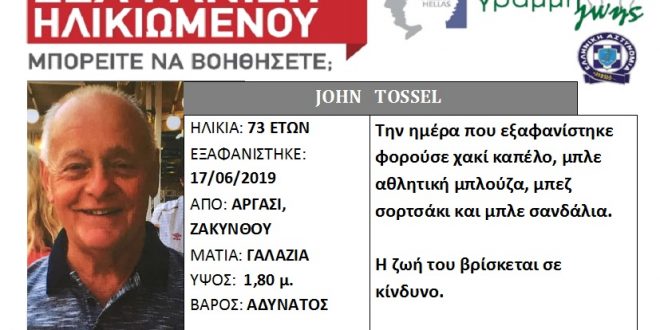 A pensioner from Bridgend, Wales in the UK, has been missing since middle of June on the Greek island of Zakynthos (Zante). John Tossell, 73, had gone for a walk to the monastery on Mount Skopos near the villiage of Argassi in Zante on Monday, June 17, but did not return, British and Greek media report citing his family appeal for help.

Greek emergency services have been searching for him, but family are hoping to track down a couple who spoke to him on the day he went missing.

The last confirmed sighting of John was at a café near the monastery around 3pm on the day he went missing.

He spoke to a lady who was aged between 45 and 55 with shoulder length, blonde hair and her partner.

A family member said: “We need to try and find this couple but we are also appealing for information from anyone that potentially may have seen him on his walk back down the mountain, but might now have flown home.”

A police helicopter has been searching the area, and members of the fire service, port authorities and special disaster response unit have been involved in the search. 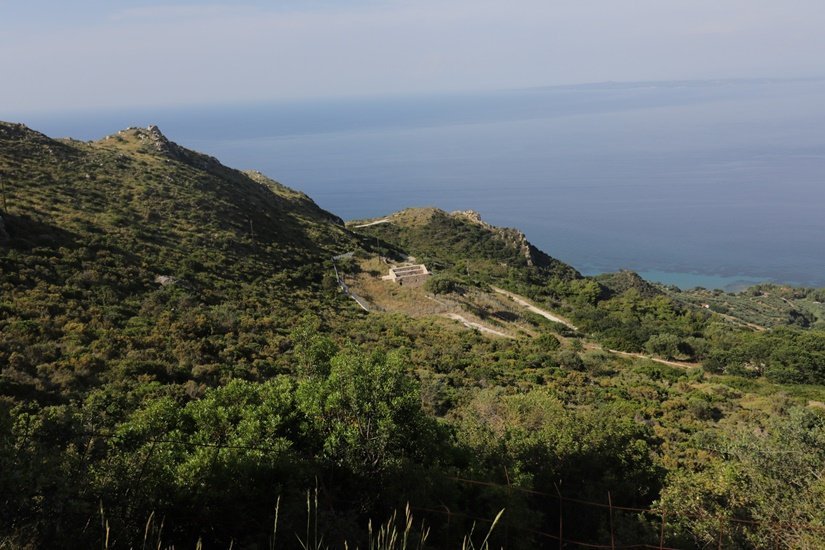 The terrain in the search area is described as being very rugged and almost impossible by foot.

According to local media, John Tossell was on the island together with his wife. On the day he went missing he was wearing blue sorts,, blue t-shirt and blue sandals and a khaki hat.

Local media report on Monday, that there has been no sign of the missing pensioner so far. 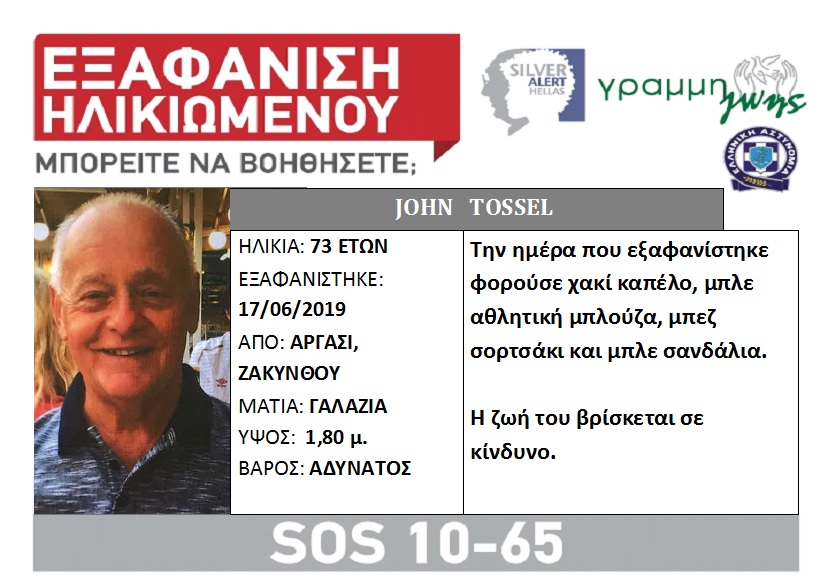 Tossell went missing on June 17 from Argasi on Zakynthos. He is 1.80 m tall and thin, has blue eyes. On the dya he went missing he was wearing khaki hat, blue sports t-shirt, blue shorts and blue sandals. His life is in danger, Silver Alert adds.

other sources: Greek and British media.