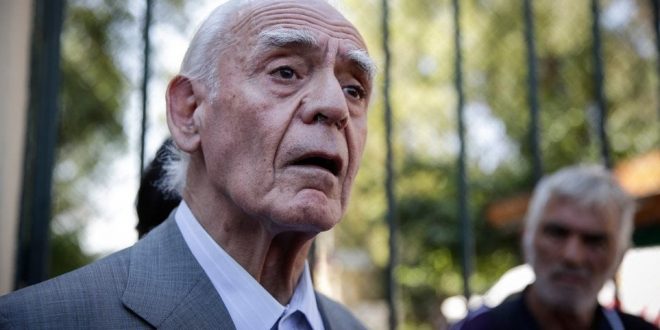 On Monday, the Supreme Court ordered 79-year-old Tsochatzopoulos back to Korydallos prison upholding a previous ruling by a court earlier this year.

He was granted prison release in April 2018, after having served five years, on the ground of advanced age and deteriorating health.

It is not clear whether he will return to prison as he was admitted to hospital last Saturday due to a heart condition. The man turns 80 by the end of the month.

Together with him sentenced were also his daughter and his wife. They were granted release as “mothers of underage children.”

Many Greeks believed that Tsochatzopoulos was “the scapegoat” for all the bribes and thefts of the entire Greek political system and that he was “instrumentalized” by his own party PASOK to during the economic crisis; scandal revelations about him emerged always before new austerity measures were to be released.

It is worth noting that he founding member of Greek Socialist Party PASOK and he was almost to be elected PASOK leader and consequently Prime Minister of Greece in 1996.

Nobody denies that he had established a kickbacks-factory. But he was the only high-ranking minister found to have deposit millions of  bribes-euros in offshore companies. And many Greeks wondered, who else had put his or her fingers in the honey pot.

PS now my cat wonders whether he will be going in and out of prison until he is 100 years old or until the Greek crisis is completely over.