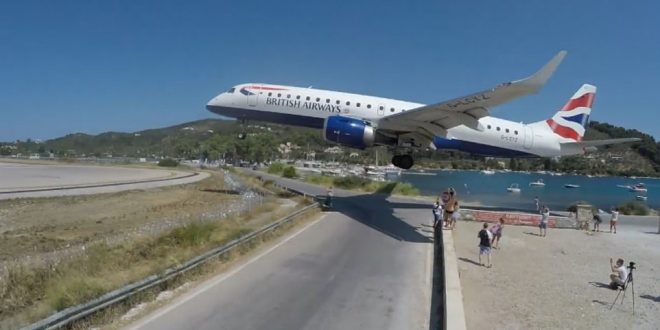 A breathtaking video shows a British Airways airplane flying incredible low before landing at the airport of Skiathos. The plane is flying dangerously close over the heads of aviation enthusiasts who even dare risking their lives to satisfy their dangerous hobby. 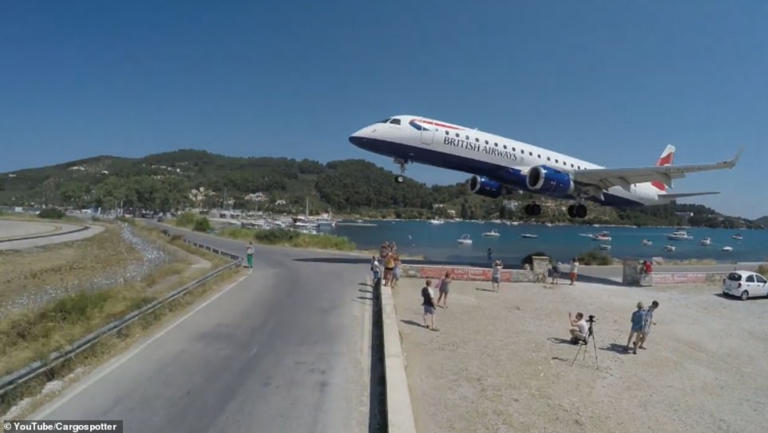 With the airport being close to the beach, lading and taking off of airplanes is a spectacle for tourists, even if extremely dangerous.

This time, airplane spotters did not keep the safety distance and sat just the point where the plane flies extremely low before touching the landing runway.

At the beginning of the video, two airplane watchers were been swept by the plane blasts and they fall down from the wall they were standing to watch the spectacle. 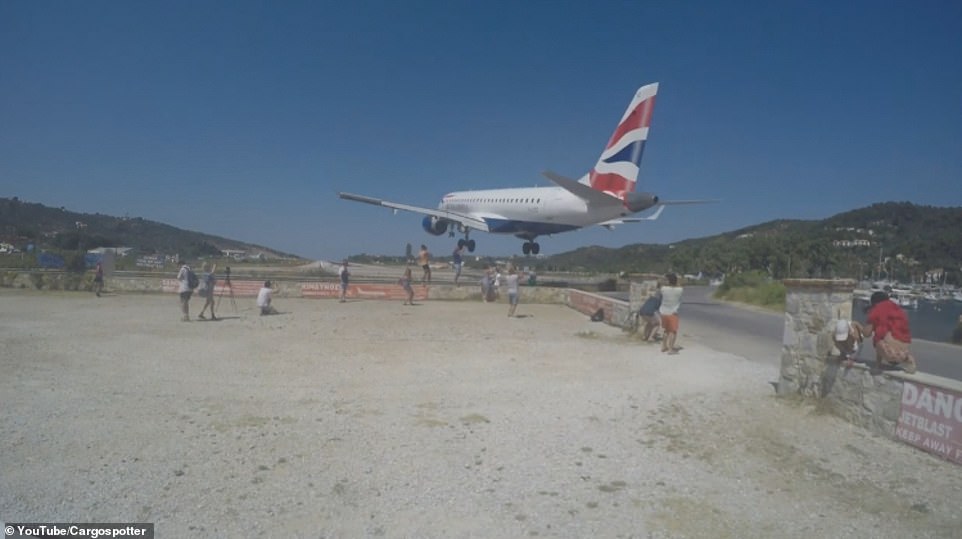 During another plane landing, spotters are seen sitting on the safety barriers of the airport.

“Is it the Lowest landing ever?” wonders Cargospotter that visited Skiathos and filmed the airplane landinds. The airport many call “the European St Maarten” is one of the craziest airports in Europe, Cargospotter notes.’

“Airplanes land and depart right behind a small road and the airport of Skiathos became one of the main tourist attractions of the Greek island. Low landings and jet-blasts can be observed on a daily basis and last week we filmed an incredible low British Airways Embraer E190 landing. The people who were watching the planes were pushed from the wall by the wake turbulence of the Embraer.”

Last August, an 11-year-old child suffered extensive injuries after it was “blown away” by an airplane that was about to take off from “Alexandros Papadiamantis” airport.