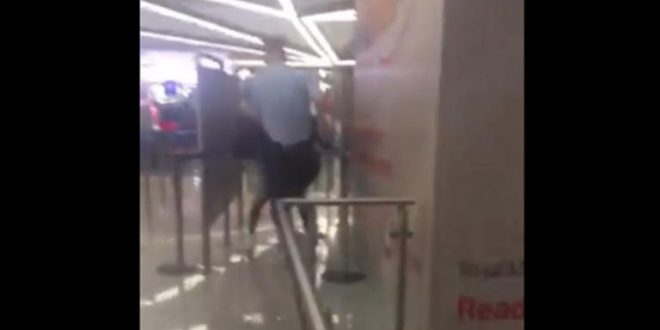 Greek police has ordered an urgent internal investigation into an incident where a police officers kicks a foreign passenger at the Athens International Airport ‘Eleftherios Venizelos.’

The incident was captured on a video and posted on social media by the brother of the harassed passenger.

Arash Hampay has reportedly complained to the airport authorities before posting the video.

Athens airport police action with my brother when he wants to come back to Lesvos!
No to fascism! pic.twitter.com/mDZtBbBQVx

According to media, police sources said that “the officer stopped the man to check his papers. the latter pushed him away. probably because he was drunk, and then the police officer kicked him as shown in the video.”

It should de noted that the incident ended there, the passenger passed through the control and went on board of the airplane.

The Greek Police investigates, nevertheless, in order to fully clarify the incident.

According to information, the two brothers are Iranian refugees and political activists.