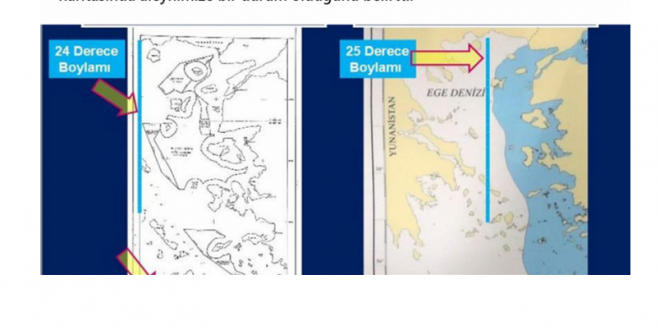 Turkey continues its provocations and claims and this time has eyed some of the Cyclades islands in the central Aegean Sea. Mykonos, Paros and Naxos are among the islands Ankara would like to name hers according to its plan “Blue Homeland.”

Umit Yalim, former Secretary of the Turkish Defense Ministry described the map in front of which President Recep Tayyip Erdogan was recently photograph as “very modest.” 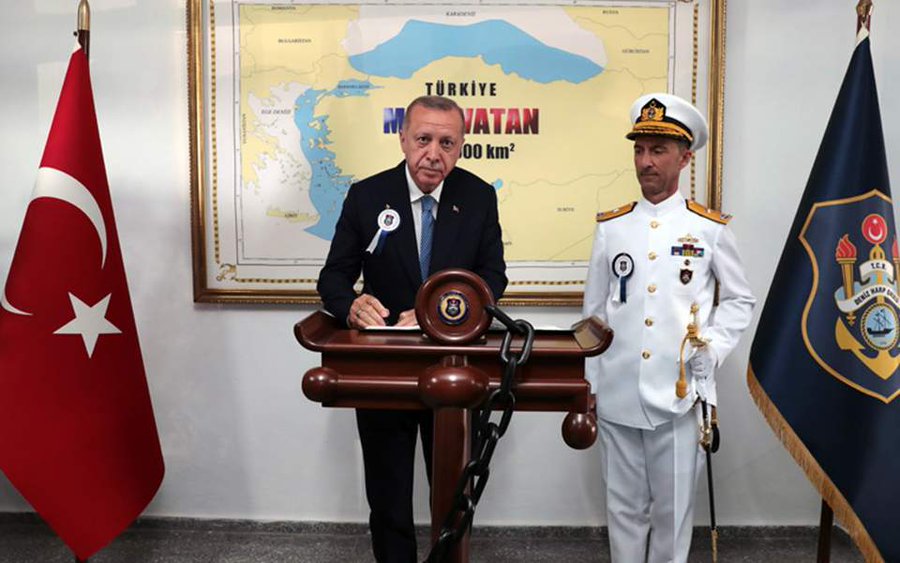 The map presented by the Turkish Naval Academy expanded the maritime borders of Turkey in the Aegean to an area that included the islands of Lesvos, Chios, the Dodecanese and the very east of the Cyclades. 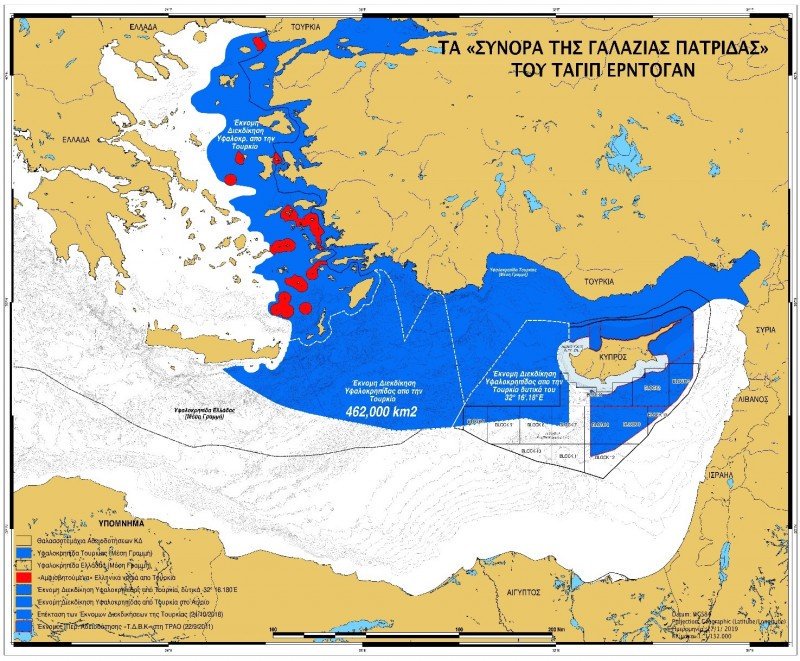 Apparently this was not enough for hungry Ankara that wants more. 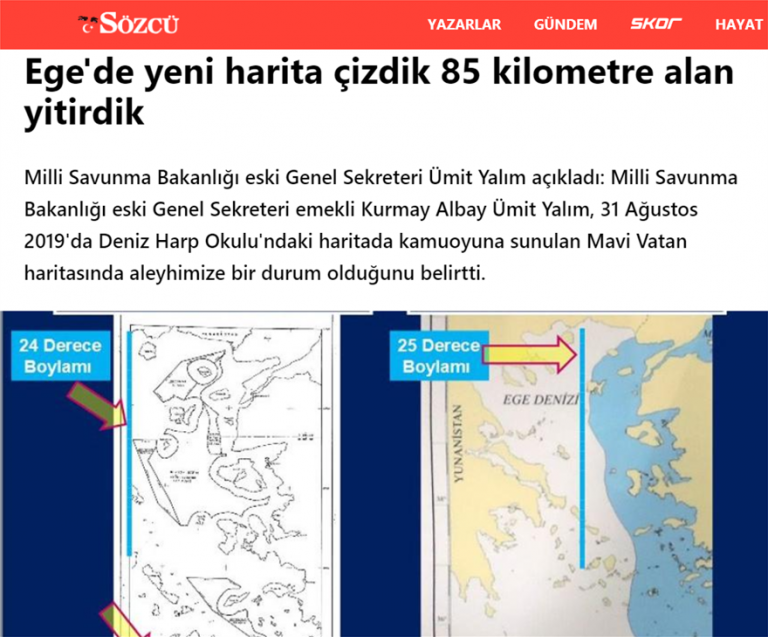 In an article on Turkish nationalist newspaper Sözcü, Yalim writes that the border of Blue Homesland should be placed West of the 24. Meridian. The area Yalim has in mind includes a large part of the Aegean Sea as well as the islands of the East Cyclades Mykonos, Naxos, Paros, Amorgos…

Yalim claims further that the map presented on August 31 in the presence of Erdogan reached up to the 25°, while “according to the map published by the Turkish General Staff in 1974, the Turkish continental shelf has a longitude of 24° East.”  ”

“If the Blue Sea borders are implemented, Turkey will lose significant “rights” to the Aegean, which, according to his calculations, these are 550,000 square kilometers at sea and 1.3 million square kilometers in the air space,” Yalim argued.

Umit Yalim is one of the Turkish hawks that claimed “Greece had occupied 18 Turkish islands in the Aegean Sea.” This one claim had become almost state policy in neighboring country.