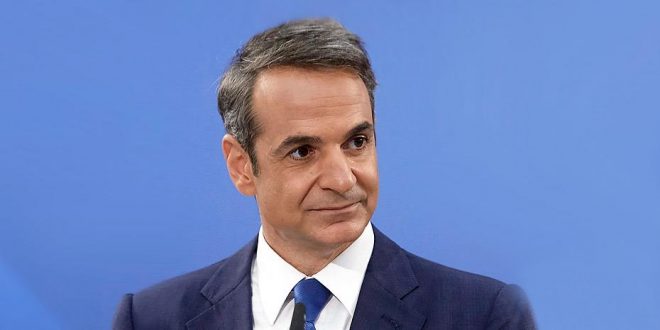 “There must be consequences for EU member states that choose to not bear the burden of the migration-refugee problem,” Greek Prime Minister, Kyriakos Mitsotakis, said on Wednesday.

With a clear hint to Turkey’s threats, Mitsotakis said that “Europe is not threatened with balckmails. However, he warned that Europe “must be prepared for the possibility of a new refugees and migrants wave.

In an interview with French news agency AFP, the Greek Prime Minister said that the European Union has been “generous” with Turkey.

Speaking about the new arrivals, he said that arrivals to the Aegean islands have increased to such an extent that “we now face a very serious problem.”

A day before the summit in Brussels, Mitsotakis said that he will raise the issue of burden-sharing with other leaders.

He added that he considers the approach by some member states that there is no migration-refugee problem as “unacceptable.”

He described as “unacceptable” also the Turkish invasion in Syria. “It destabilizes the country and provides an opportunity for the defeated jihadists to rebuild. It is another factor of instability that could cause new pressure through refugee – migration flows,” he said.

He expressed concern about the 3,000-4,000 unaccompanied children hosted in Greece, and said that it would not be too difficult for the partners to agree on a plan of solidarity to help Greece.

He reiterated that his government priority is to speed up the asylum process and that those not granted asylum to return to Turkey.

He pointed out at the technological infrastructures for the identification of boats before they even sail off the Turkish coast and the possibility of contacting the Coast Guard of the neighboring country, so that the boats can be stopped before reaching Greek territorial waters.

PS It is worth noting that Mitsotakis has fully adopted the new narrative promoted by some more right-wing members of his government: the claim that economic “migrants” are the overwhelming majority of the people arriving from Turkey and that they are not “refugees.”

In this sense, migrants are not eligible for asylum and can be deported back to Turkey with express procedures.

All through the interview he speaks of a “migration-refugee issue”, where it used to be a “refugee issue” in Greek until end of August.

The wording distinction is striking, even though is not confirmed by official data.

Against all international laws, the Greek right-wing government claims that only Syrians are “refugees” and the rest of those arriving are “economic migrants.”