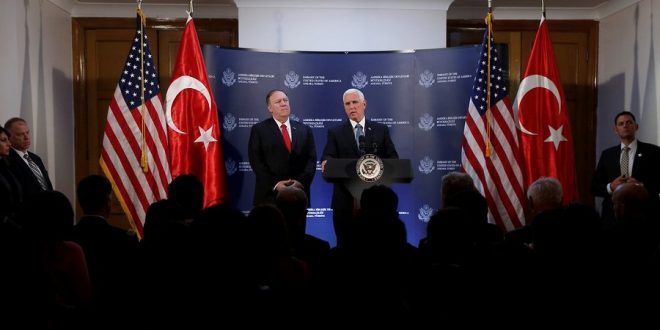 Pence: 120-hour ceasefire between Turkey and the Kurds in North Syria

October 17, 2019 World Comments Off on Pence: 120-hour ceasefire between Turkey and the Kurds in North Syria 426 Views

U.S. Vice President Mike Pence and Secretary of State Mike Pompeo announced they have reached a cease-fire agreement between Turkey and Kurds, following a meeting with Turkish President Recep Tayyip Erdogan in Ankara. Turkey denies that there is ceasefire.

Turkey will pause all military operations for 120 hours to allow YPG force withdraw from the planned 30 km safe zone in North Syria.

The Syrian Kurds/Syrian Democratic Forces (SDF) must dismantle their defensive fortifications and pull troops from the border to appease Turkey.

Pence said that the US will “continue to engage” in Syria, but “not militarily.”

.@VP Mike Pence announces that the U.S. and Turkey have agreed to a cease fire in Syria. pic.twitter.com/0aap6vcavI

U.S. President Donald Trump hailed the agreement with a Tweet:

Great news out of Turkey. News Conference shortly with @VP and @SecPompeo. Thank you to @RTErdogan. Millions of lives will be saved!

This deal could NEVER have been made 3 days ago. There needed to be some “tough” love in order to get it done. Great for everybody. Proud of all!

Turkey got “exactly what they wanted” out of the meeting the US officials, Foreign Minister Mevlut Cavusoglu told media. He denied there was a ceasefire.

He added that the “terrorists” would withdraw from the “safe zone” within five days and that Turkey would enforce the area after that. He also said that the “military operation paid off.”

President Erdogan is scheduled to meet with Russian President Vladimir Putin in Sochi, around the time the ceasefire would go into effect. 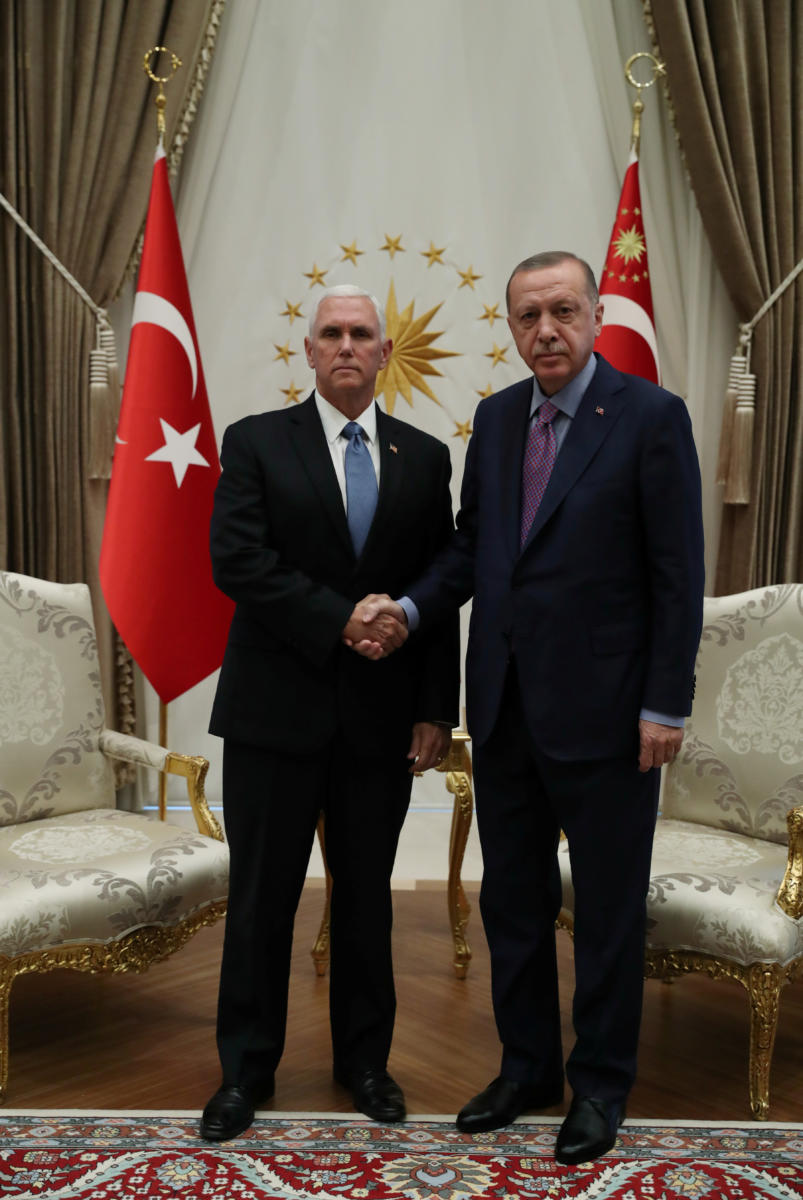 Pence and Erdogan wore dour expressions as they shook hands before their meetings. 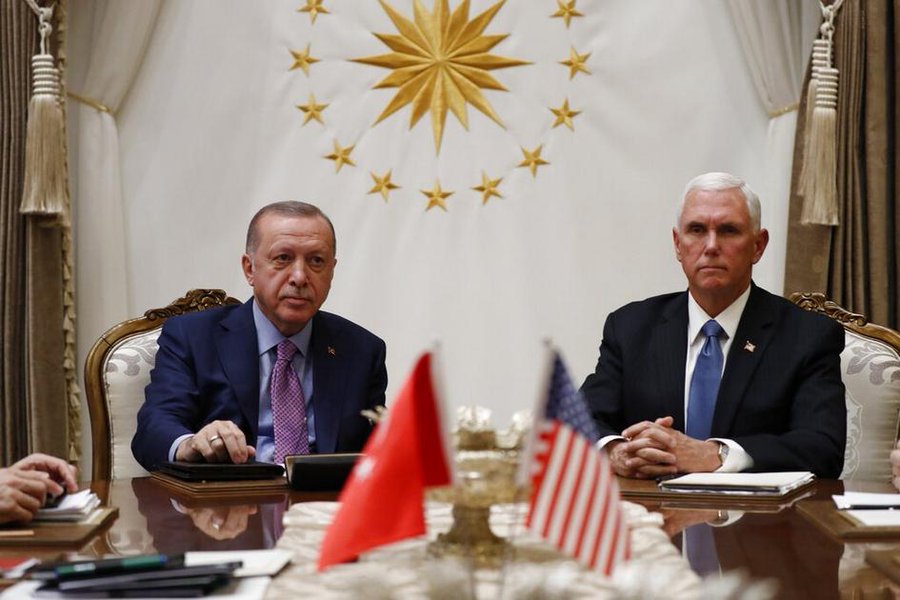 The U.S. officials were expected to warn Erdogan that he will face additional economic sanctions if he doesn’t halt his assault on Kurdish forces once allied with the U.S. in the fight against the Islamic State group.

President Donald Trump told Erdogan in a letter last week that the sanctions could destroy his economy and that the world “will look upon you forever as the devil if good things don’t happen. Don’t be a tough guy. Don’t be a fool!”