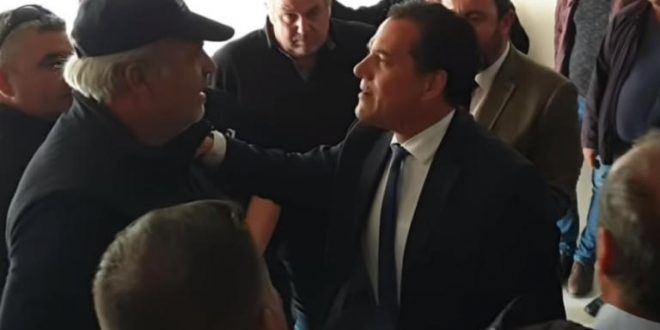 Greece’s bigmouth Development Minister dared telling a farmer that if he sowed under the government of Alexis Tsipras he has to ask money from SYRIZA! Development Minister, Adonis Georgiadis, was visiting a sugar factory in Plati, Imathias, West Macedonia. A meeting was also arranged with sugar beet growers.

Minister and farmers discussed about the prices the sugar beets will be sold this year, with the latter to complain about the low prices.

The Minister had brought with him also an investor who was offered them 32 euros. The farmers responded that the price was too low as 15 euros was just the transport cost.

“Τhat’s a nice solution,” a farmer told ironically to the Minister.

What did the indescribable  politician and former TV book seller respond? “You sowed with Tsipras, now go and ask the money from SYRIZA.”

PS yes, they live among us…