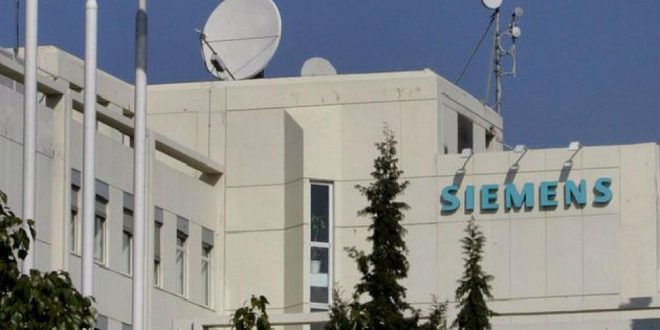 An Athens Court of Criminal Appeals imposed the maximum sentences to several former top executives of SIEMENS and the Greek telecommunication company OTE as well as to bankers and businessmen involved in the kickbacks scandal. The executives were found guilty of kickbacks and money laundering in order to secure a state contract for the German company.

Prison sentences for former executives at the German company and its Greek subsidiary ranged from seven years to the maximum of 15 years as allowed under the new penal code.

For former OTE executives, the penalties start at 10 years and the highest was 15 years for former OTE chief Giorgos Skarpelis.

Among those given the maximum sentences were former Siemens Hellas executives Michalis Christoforakos and Christos Karavellas,  Prodromos Mavridis and the former CEO of Siemens AG, Heinrich von Pierer.

Christoforakos sought refugee in Germany as he was holder of a German passport’ authorities turned down Greece’s request for extradition. Karavellas disappeared leaving no traces behind.

High sentences were also handed down for former Siemens manager Thomas Ganswindt (13 years) and Alexandros Athanasiadis (10 years) while the rest of the German firm’s executives each received sentences of seven years.

Of the executives at OTE, Giorgos Argyropoulos and Dimitris Kouvatsos were sentenced to 14 years each, Panagiotis Nikakis to 13 years, Dimitris Gyftopoulos to 12 years and Nikolaos Nintos to 10 years.

Harsh sentences were also reserved for the two bankers that acted as intermediaries: Fanis Lyginos was sentenced to 12 years and fugitive Jean-Claude Oswald to 14 years.

Business people involved (Giorgos Kaldis and Alexandros Letsas) were each sentenced to six years as the court recognized one mitigating circumstance for each of them.

Martha Karavella, spouse of Christos Karavellas, was sentenced to 13 years as co-founder and  manager of the offshore firm that received cash transferred by Siemens.

Last month, the court had found 22 out of 54 defendants guilty in a the trial regarding the payment of kickbacks to Greek officials and executives at the state-owned OTE for contract 8002 signed by OTE and Siemens in 1997.

Several of the defendants were acquitted as the bribery charges due to statue limitations.

Ten of a total of 64 defendants had died