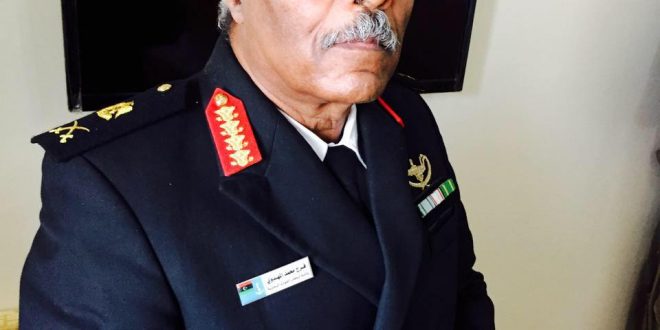 “I have order to sink Turkish vessels, Erdogan is a mafioso,” says Libya ‘s Navy Chief

“I have orders to sink as many Turkish ship arrive in Libya,” Admiral Faraz Al-Mahdawi told Greek media on Monday. Al-Mahdawi is the chief of the Libyan fleet under General Khalifa Haftar of the Libyan National Army.

“The people of Libya know that we belong to General Haftar and we will react to this agreement,” he added, speaking to Alpha TV.

The Libyan fleet belongs to General Haftar’s forces of the Libyan National Army, which controls most of Libya today and opposes the pro-Turkish government of Fayez al-Sarraj.

“The agreement is too bad,” the Admiral stressed adding that General Haftar would react to the deal. He lashed out at the “national unity government” and “Prime Minister” Sarraj over the deal.

“This agreement was prepared by the Turks and Sarraj signed it. The Turks wrote it as they wished. The deal is too bad. (…) This agreement that the Turks made with Sarraj is wrong and will create problems in Greece, Libya, Egypt and Cyprus. Sarraj is a Turk, not a Libyan. His grandfather is from Turkey so he had no objection to this agreement,” he said.

It is worth noting that Admiral Faraz is fluent in Greek, as he studied in the Greek Naval Cadets School, like other members of the Libyan Armed Forces.

Three days ago, Al Mahdawi triggered a furor when he posted on Facebook and in Greek:

“We will liberate Tripoli and destroy Turkish dreams.”

Speaking to Skai TV on Tuesday, the Admiral claimed that it was a matter of days until the Libyan National Army conquers Tripolis as the troops were just 3 km away.

“When we take Tripolis, Saraj will go and his agreement will have no meaning for us. We will throw it in the toilet,” he said.

He also claimed that Turkey sends weapons to Libya despite the embargo.

Lashing out at Turkish President Recep Tayyip Erdogan, he said “Erdogan is a mafioso, he supports the ISIS. He is not a good person, neither in Libya, nor in Syria or elsewhere.”

Meanwhile, Erdogan has said that he would deploy troops to Libya if the government asks him to.

Furious about the Turkey-Libya Agreement, and although it has recognized the government in Tripolis, Greece immediately invited the Speaker of the Libyan House of Representatives to Athens. Aguila Saleh will meet with the Greek Parliament Speaker, Costas Tasoulas on Thursday, December 12, 2019.