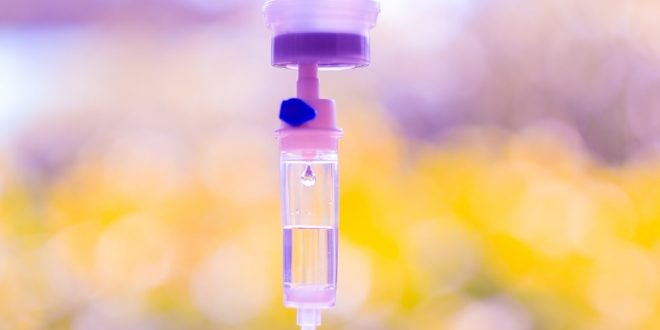 Chemotherapy cancelled in Greece’s hospitals due to lack of drugs

Cancer patients and doctors in Greece’s hospitals are in despair as chemotherapy treatments is delayed or even cancelled due to shortage of chemotherapy drugs. This has been denounced by the Greek Cancer Federation (ELOC) tha has received a ling list of complaints by those involved in the treatment of cancer.

The complaints reportedly concern deficiencies of basic anti neoplastic drugs which result in a long delay and in many cases cancellation of scheduled chemotherapy in many hospitals in the country.

Complaints also refer to deficiencies in medicines that patients need to obtain from pharmacies.

“These are medicines that should always be available in sufficient quantities and generally at prices that patients can obtain. Since many of these drugs are used in the treatment of more than one form of cancer, it is impossible to perform scheduled chemotherapy even if the other anti-neoplastic drugs of the chemotherapy are available in the hospital pharmacy, ”the ELOC stated.

The problem has not arose just recently with the ELOC stressing that it has informed the Health Ministry already in last August.

It should be recalled that chemotherapy treatments were cancelled in a big hospital in Athens last September due to lack of funds.

“New complaints have been coming in from various parts of the country such as form Thessaloniki last week and from the hospital in Herakleio, Crete, where doctors face insurmountable obstacles in the administration of the prescribed treatments,” the ELOC statement underlined.

The ELLOC points out at reduced imports of such drugs, “possibly due to clawback” as it characteristically notes. It also draws attention to “observed shortages of such drugs through out Europe due to production problems and parallel exports to countries where the lack of such medication is sold at a higher price,” thus creating artificial but critical shortages.

The Health Ministry has not taken position on the issue, yet.

But the cancellation of chemotherapy treatments is not the only problem of the Greek health care system for the time being.

One children clinic in Kallithea suburb, a branch of a big children’s hospital in Athens, was unexpectedly closed last week. Another children’s clinic is reportedly to close soon as well.

In some hospitals in Athens and Piraeus there is reportedly shortage of anesthesiologists, their union denounces.

Personnel that carries patients for tests or surgeries in state hospitals denounce the severe shortage of manpower -some 60% less than needed – that results in surgery delays and patients who have to wait for long hours even for a simple X-ray.

The Pharmacists’ Association reports the absence of 400 drugs from the pharmacies shelves.

The Ministry plan for free of charge mammography for 2.5 million women over 39 years old seems to backfire as the available budget of 11 million euros does not cover the cost.

New problems bust every day, but the Health Ministry seems to be per-occupied with other issues like how to allow private companies offering services in the public health system or to thanks shipowners for dominating bed linen and renovating bathrooms in patients’ wards.

Has the government given up on citizens’ health care?

PS the usual mean Greeks recall on social media that there may be no money for chemo drugs but there is indeed money to fund religious schools abroad, like the 2,000,000 euros per year for a diaspora Greeks college.