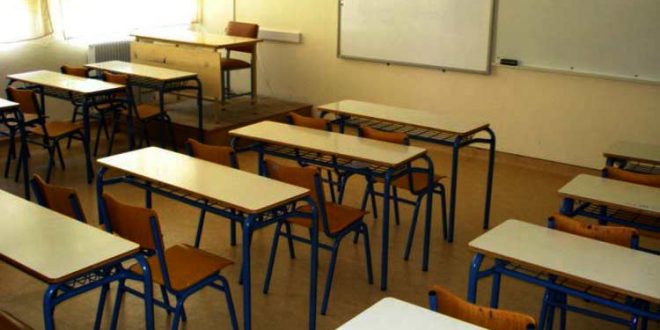 “Homosexuality is the peak of all sins, worse than murder.” Religious leaflets with homophobic content were distributed in a school in Athens and triggered a social outrage.

Leaflets with homophobic distributed among students of a school in Athens have triggered a social outrage. The leaflet quotes a religious man saying that “homosexuality is the peak of all sins, worse than murder.”

The leaflets were distributed after the church going of the students  on the religious feast of the Three Holy Hierarchs in a gymnasium of Holargos suburb of northern Athens.

The leaflets contain an excerpt from the E-D speech by St John Chrysostomos (349 AD – 407 AD) who refers to “sexual passions” in general and “homosexuality” in particular.

The homophobic text among others that “Homosexuality if the worst of all sins, well above heinous acts such as murder…”

“If a common killer detaches the soul from the body once, the lover of homosexuality repeatedly kills the body and the soul. Moreover he is a traitor of his own nature as he cannot obtain in a normal way the nature he wants and he does not try to keep the nature he has…” holy man John Chrysostom, one of the important Fathers of early Christian Church, preached.

The school director told media that he was neither responsible for the leaflet nor had he any connection to distributors.

He revealed that the mother of a student called him asking for explanations about the leaflet.

Critics on social media speak of “obscurantism” and “return to Middle Ages.”