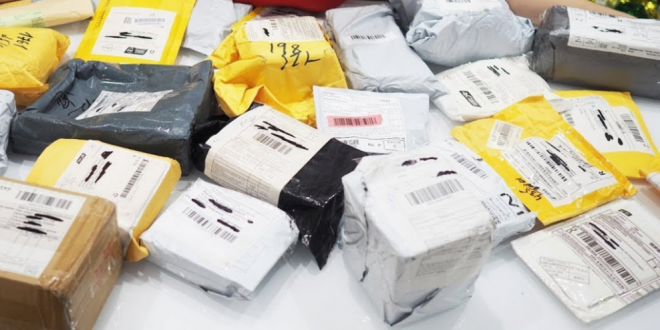 Did you live to shop online cheap items from China? The times of Alibaba are over as the 40 thieves are here… Recipients of parcels from non-EU countries have to pay a 15-euro fee to the Greek Post in order to receive their package. The price increase has gone into effect since February 3, 2020, the Hellenic Post (ELTA) said in a statement. The measure has triggered reactions among consumers who make online purchases from non-EU countries, preferably from China and the USA – and soon also from UK?

Any item with a customs declaration will be subject to a “Customs Clearance”, the minimum amount of which was set at 15 euros, according to an ELTA circular.

Until recently, parcels outside of European countries that were charged with customs duties were those with a value of more than 22 euros.

According to the new regulations:

According to the ELTA announcement, for “all maailed items marked as free by the Customs Authorities, ie without customs declaration, the customs duty was and remains zero.”

ELTA underlines that the fees are imposed by the Greek Customs Authorities and not the Hellenic Post.