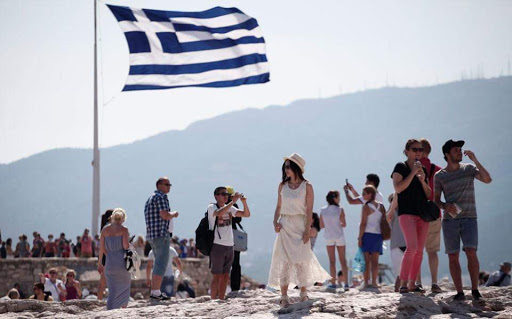 Greece sees “minimal” impact on tourism due to coronavirus

February 14, 2020 CORONAVIRUS, Economy Comments Off on Greece sees “minimal” impact on tourism due to coronavirus 986 Views

Tourism Minister Haris Theocharis expressed optimism that the impact of coronavirus to Greek tourism will be minimal. On the contrary, he believes that there is a chance that travelers change their behavior, move away from Asia and decide for Greece.

Speaking to state broadcaster ERT TV on Thursday, Theocharis said that “60-70% of bookings from China have been canceled to date.”

He said that the target for 2021 to bring half a million tourists to Greece remains.

The virus may only delay the growth of the market target, he said.

He noted that so far, there has been no change in the planned direct flight Athens-Shanghai by Juneyao Air scheduled to start operation in upcoming June.

Minister Theocharis said that the whole situation may have positive effects for Greece if the country shows that it has been shield against the virus and if tourists cancel their holidays to the Far East and choose the eastern Mediterranean Sea instead.

The Tourism Minister brought another positive dimension of the issue, pointing out at the case of cruise ship Norwegian Spirit that changed its program due to coronavirus and will use the port of Piraeus as “homeport” for the first time.

The Norwegian Cruise Line-owned cruise ship will start operating on April 19 and finish on November 15, with a total of 31 cruises. The cruiser will anchor more than 160 times in other Greek ports during this season.

Although more than 100 suspected cases have been tested in Greece since the outbreak of coronavirus, no infection has been confirmed, so far.