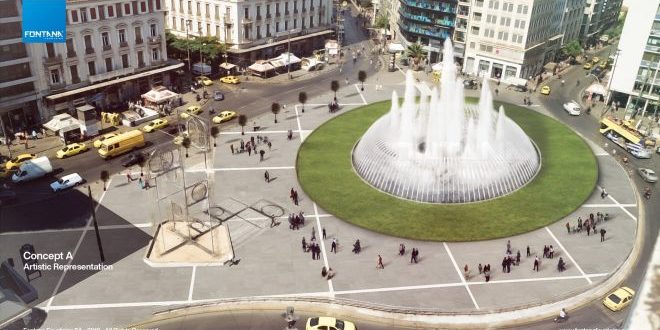 The renovation of Omonia Square in central Athens is almost concluded and will be delivered to Athenians and the capital’s visitors by the end of next week, Mayor Kostas Bakoyannis said on social media on Thursday night after a test of the fountain.

The square’s fountain has been filled with water, the mayor noted, adding he is “Very happy that Omonia square (reconstruction) has entered the final stretch and will be delivered to the Athenians.”

He uploaded a video accompanying the social media postings showing the fountain in operation. Bakoyiannis commented, “the last time we see the fountain empty of water.”

The renovation of the historic square was planned in terms of reviving the area and give it back its old glamor as new hotels are in the opening in the surrounding area and the historic Bageion and Alexandros hotels are to reopen again. 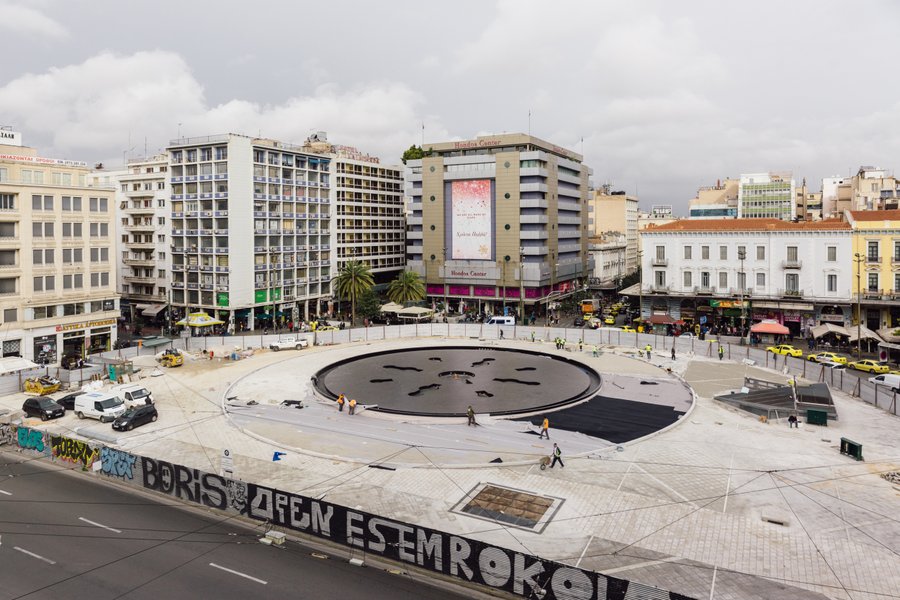 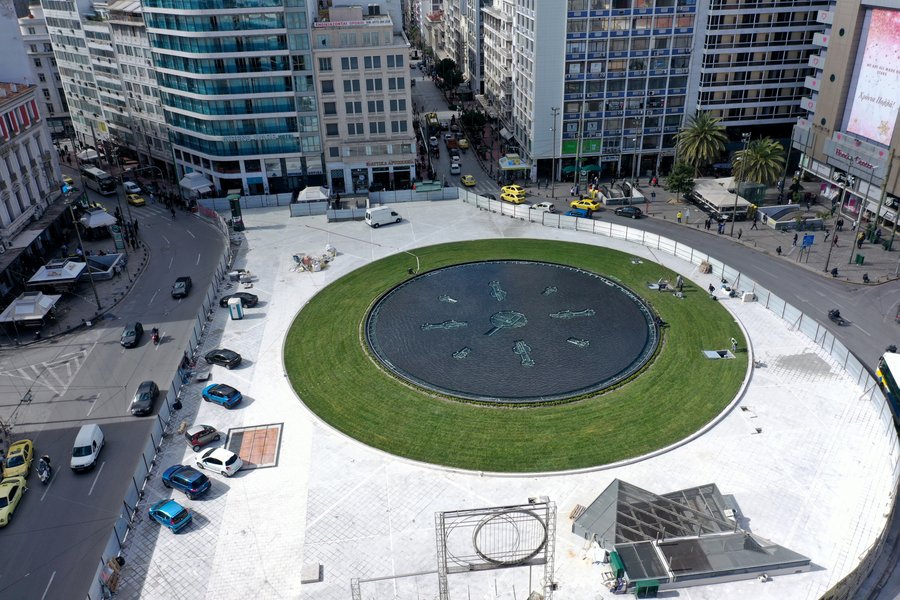 Omonia square is one of the most central urban meeting points in Athens and has undergone various transformations throughout the years, since it was first constructed in 1846.

Omonoia Square is one of the oldest squares in the city of Athens and an important shopping center. It is located at the center of the city at the intersection of six main streets: Panepistimiou, Stadiou, Athinas, Peiraios, Agiou Konstantinou Street and 3rd Septemvriou Street.

The Square was constructed in 1846 and its original name was “Plateia Anaktoron” (Palace Square) because, according to the initial urban plan of Athens in 1834 proposed by the architects Greek Stamatios Kleanthis and …. Eduard Schaubert, the area was intended to be used for the construction of the palace (anaktora). Later, the square was renamed “Othonos Square” in honor of King Otto. After Otto was deposed, in 1862 it took its final name, “Omonoia Square”, because it was here that the leaders of the opposing political factions gave the oath of peace (omonia) to stop hostilities. 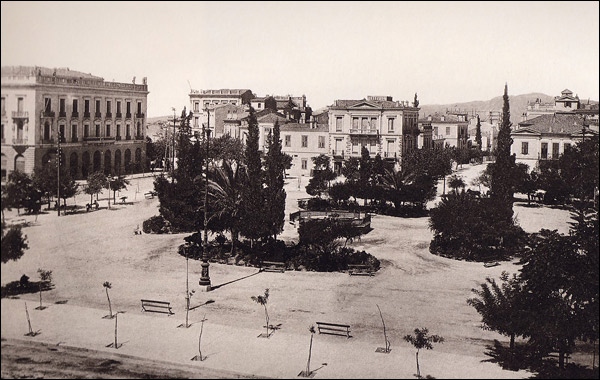 At the end of the 19th century the Square underwent several formative changes. Trees were placed throughout the Square, a polygonal platform was placed at the center of the square and lighting systems were installed. Omonoia Square was a center where people met and social life thrived as it was the railway’s starting point, and was also surrounded by numerous hotels. 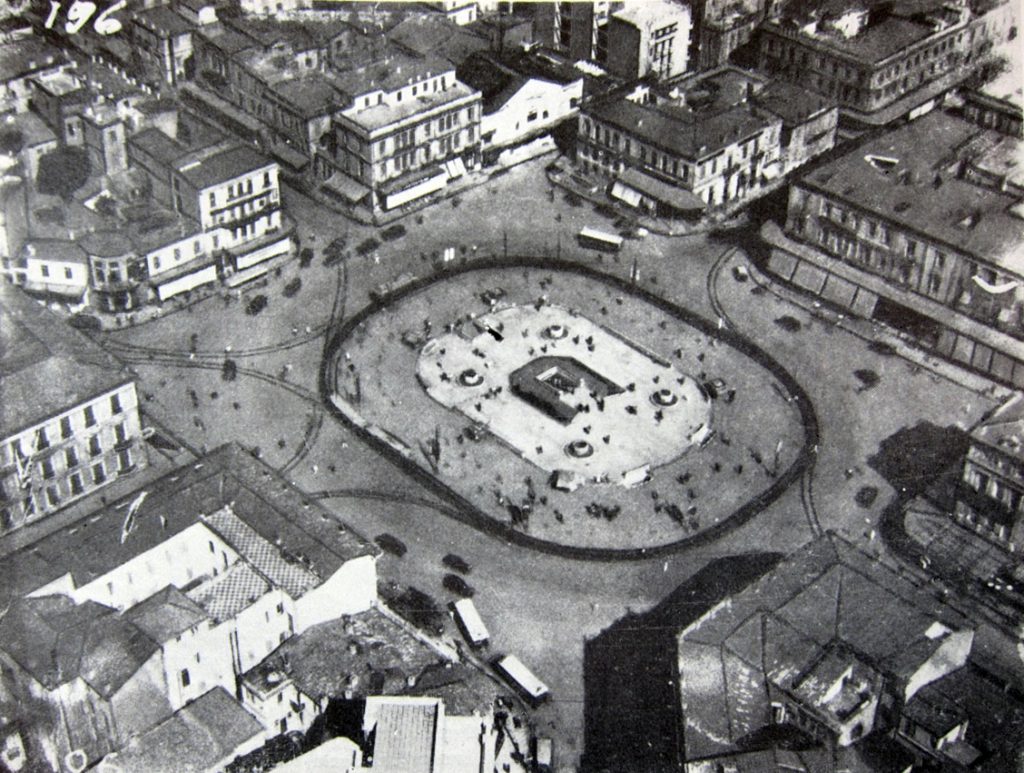 The 1950’s were a period of modernization for Athens and consequently for many public spaces. In 1954, in the underground area of Omonia Square banks, shops and a post office were built.

In 1958 the Ministry of Transportation and Public Works decided again to reconstruct the square. Architects’ proposal included a circular water system in the middle of which would be placed Zongolopoulos’ sculpture “Poseidon”. The square was redesigned although in the end without the placement of the sculpture. The fountain of Omonia became a famous city landmark and the Square itself was depicted many times in Greek movies of the period.

On November 1992, construction of Athens Metro made a reconstruction necessary. The fountain was removed and the sculpture “Runner” was transferred across the Hilton Hotel.

Ever since then, the square has a rather miserable appearance.

Starting in the middle of 2019, the square underwent yet another major reconstruction, which became necessary after previous aesthetic and urban changes had eventually led to the degradation of this central and historical area of Athens.

The cost of 720,000 euros was covered through donations by Laskaridis Foundation and Fontana Fountains.

The fountain and the square are illuminated with LED technology. 13 fountain jets will spurt water up to 20 meters high.

Pave way materials for thee 4,500-square-meter surface have been replaced thermo-neutral materials that reduce the thermal footprint of the entire square in the summer months.

sources: history here and others.