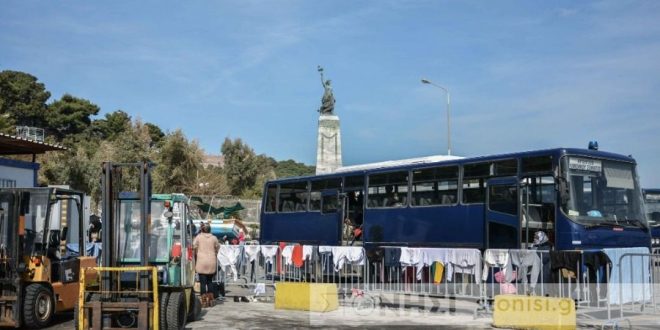 Dozens of migrants and refugees have camped at the port of Lesvos capital Mytiline after locals hindered them from moving to the hotspot of Moria. More than 400 men, women and children arrived by boat from the Turkish Coast on Sunday and were met by angry residents who oppresively demand de congestion of the island.

Clothes are drying in the sun, and children, families, refugees and immigrants everywhere are all arriving by boat yesterday and have encountered a block of Morin residents protesting yesterday for congestion.

According to local media, around 300 people spent the night on the make-shift camp at the port, on blankets offered to them by NGOs.

They had arrived on Sunday morning, and by 2 o’ clock noon, they reportedly had no food available.

A container was set up so that authorities would register the newcomers, majority of them from Afghanistan and Syria.

The Migration Minister has promised that the new arrivals on the islands will be transferred to accommodation facilities in the mainland by Friday and will be deported as soon as possible, local media report.

Tuesday moon, state news agencies reported that a ship of the Greek Navy was on the way to Lesvos to move the new arrivals to mainland.

“Only families will be transferred, the rest of new arrivals will be held at police stations and pre-departure centers,” sources told amna.

The news that a ship is arriving to transfer migrants and refugees quickly reached the hotspot of Moria with the effect that hundreds of people packed their things and left Moria for the port. They were returned to the camp by police.

On Monday afternoon, more than 1,000 migrants and refugees left Moria and started to walk towards the port after receiving messages telling them that “ferries were waiting for them to take them to the mainland.” 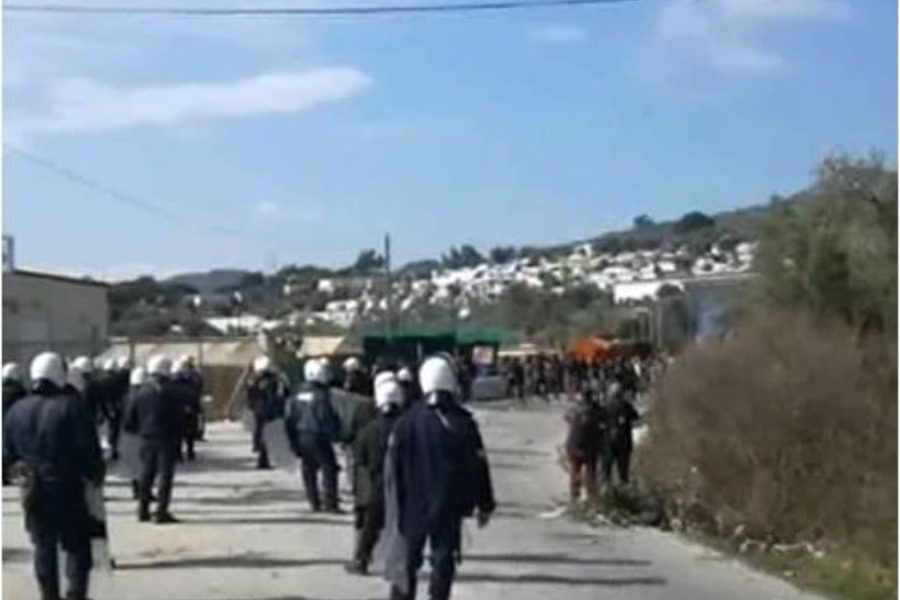 Police used teargas and sound flares and forced them to return to the overcrowded hospot, late at night.

No new arrivals have been recordered on Tuesday, so far.