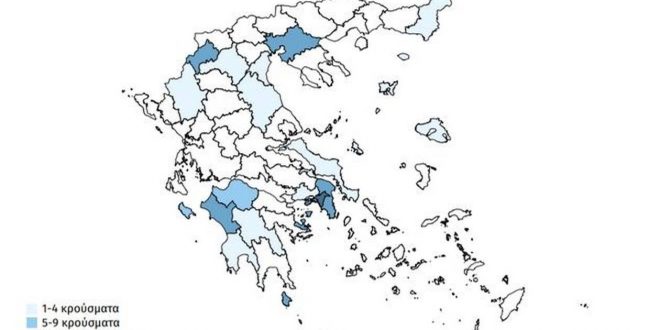 Greece’s National Health Organization EODY released on Saturday statistics data on the confirmed cases of COVID-19 in the country. The data have been collected for the period February 20 until March 20, 2020. Categories include age and geographical regions.

According to the latest official data released on March 20, the total confirmed cases are 495 and 10 deaths. Four people died in 24 hours (March 19-20). 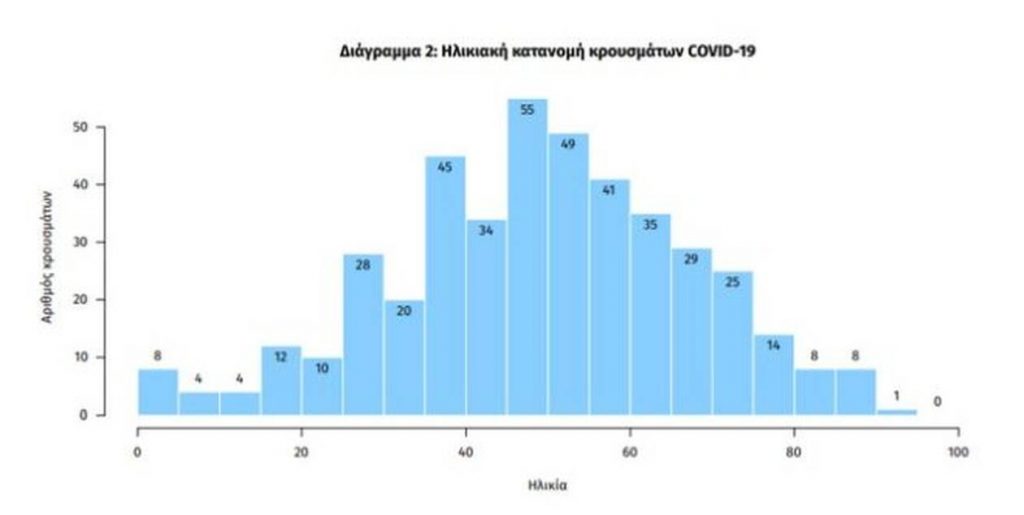 Of the total confirmed cases in Greece, 95.4% are Greeks (455 in total); the remaining 40 are foreign nationals living in Greece.

In the first epidemiological report published on the official website of the National Public Health Organization, 23.6%, ie 117 have or are still hospitalized. 26 infected patients had to be ventilated and intubated. 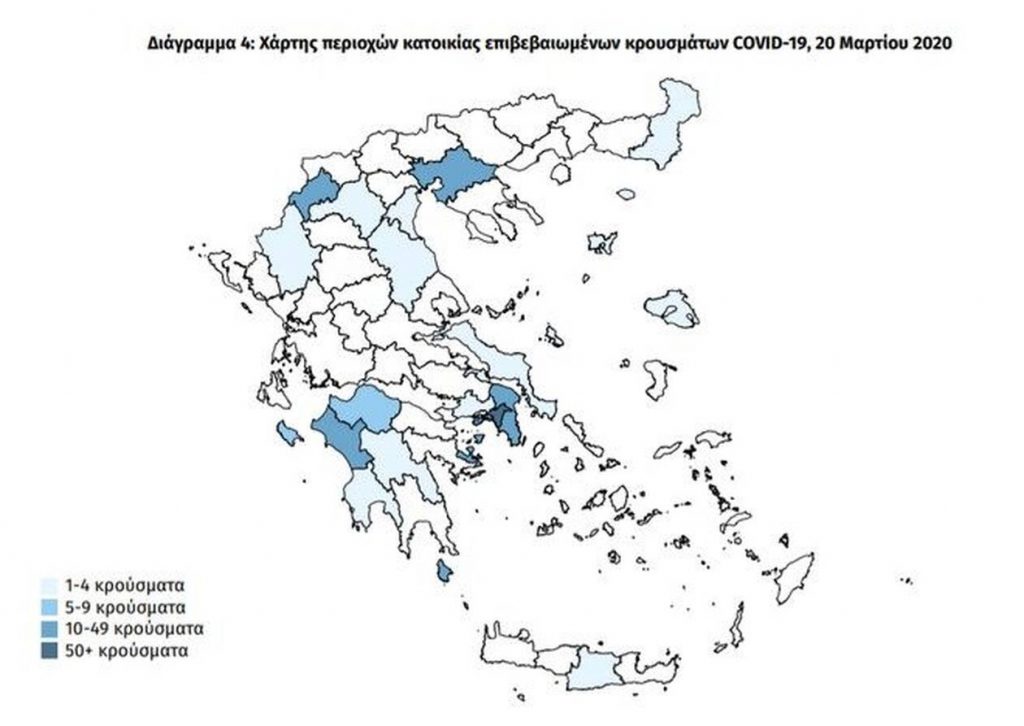 Chart below: the curve of COVID-19 in relation to “travel”, “locally infected”, “under investigation”, “connection with confirmed case”, “group of pilgrims to the Holy Land.” 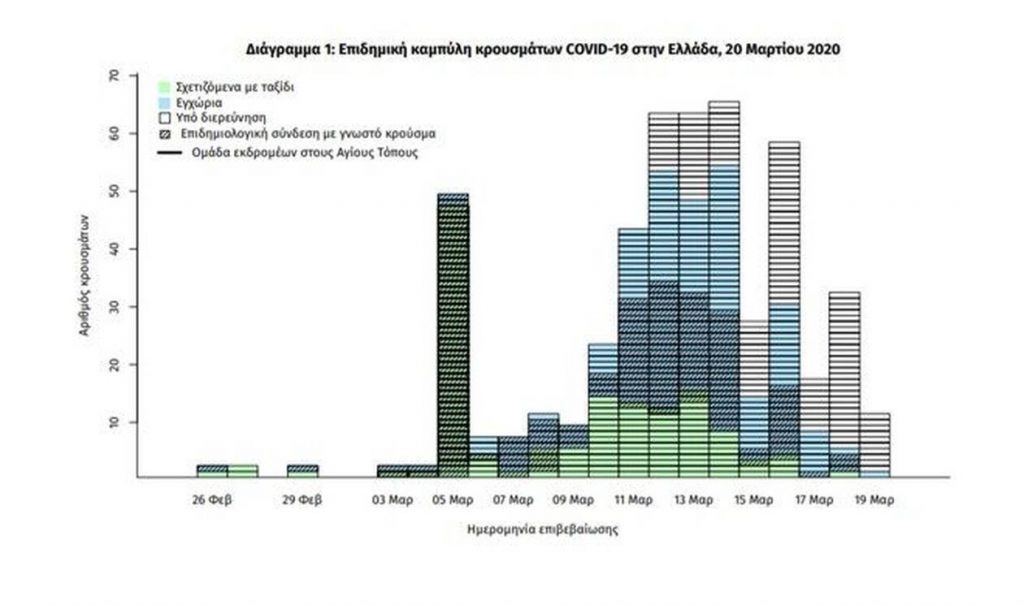 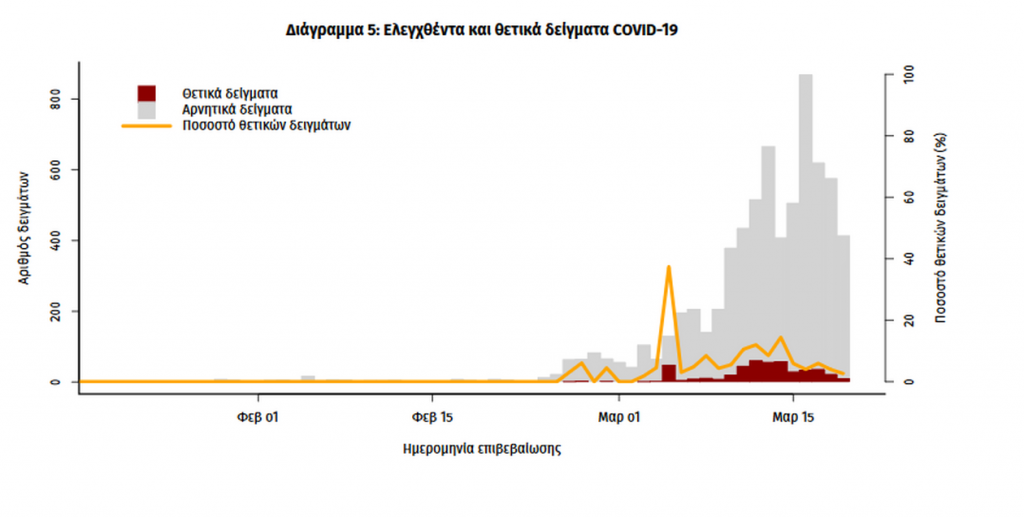 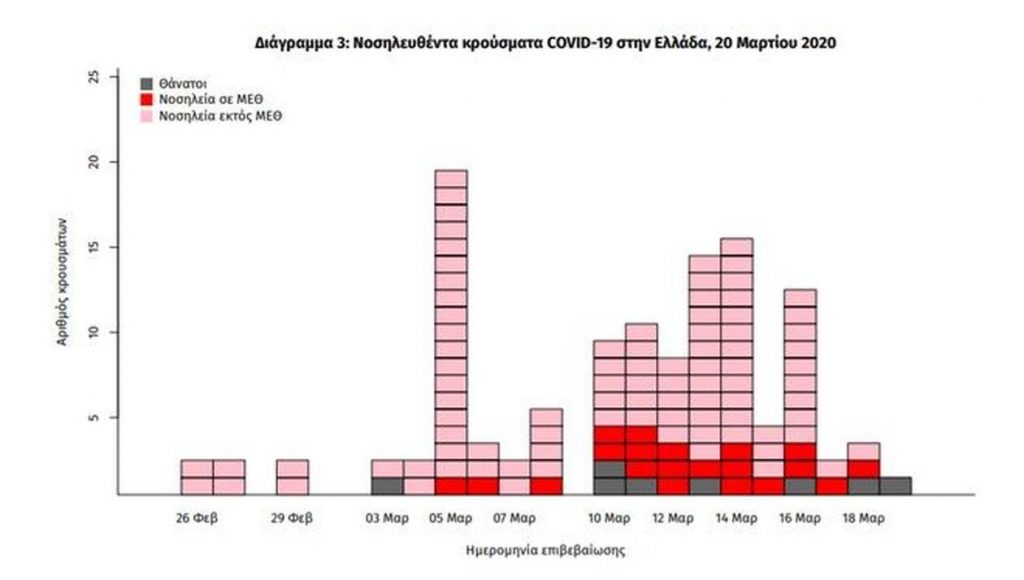