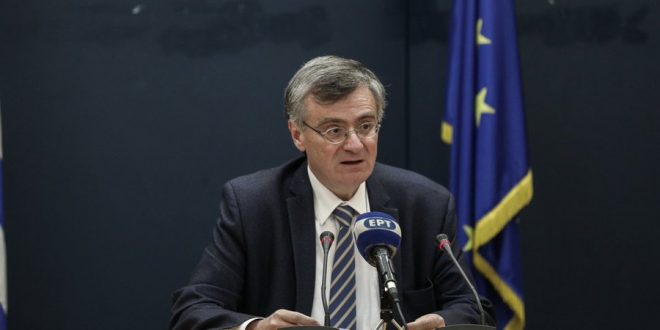 “It is the small victories that will define the battle against the coronavirus,” said spokesman of Greece’s National Health Organization and Professor for Infectious Diseases Sotiris Tsiodras on Friday evening, during the daily briefing on the situation of COVID-19 patients, the confirmed cases and the number of deaths.

“Four patients who were in intensive care went off mechanical support on Friday. They are aged between 52 and 67, and two had serious underlying health issues before contracting the virus,” Tsiodras said.

He announced 74 new confirmed cases of Covid-19 in Greece in the last 24 hours and 2 new deaths, which brings the country’s total to 966 confirmed infections and 28 deaths.

Of those who died, 23 were men and 5 were women, with an average age of 73 years. Most of these patients had underlying health issues.

66 patients are in Intensive Care Units, 65 of them are intubated.

52 patients have been discharged from hospitals since the beginning of the outbreak.

The drugs used to COVID-19 patients in the country’s hospitals are remdesivir, an anti-viral drug which has been reported as promising and is used in some patients in Greece, and also chloroquine, Tsiodras said adding that the latter is abundant in Greece. the country. He mentioned also the possibility of using medicines that protect the heart, as the virus appears to affect it in a way that is still being investigated.

Making a reference to the pneumococcal vaccine, which is recommended for anyone older than 65 and for vulnerable groups, Tsiodras noted that patients who meet the symptomatology criteria could still receive it.

He said that commercial antibodies tests that give rapid results are not reliable in terms of Sars-CoV-19 (although their use is still being investigated), and stressed that the only reliable test is the molecular one, which is being currently being used.

The first rapid tests have arrived in Greece.