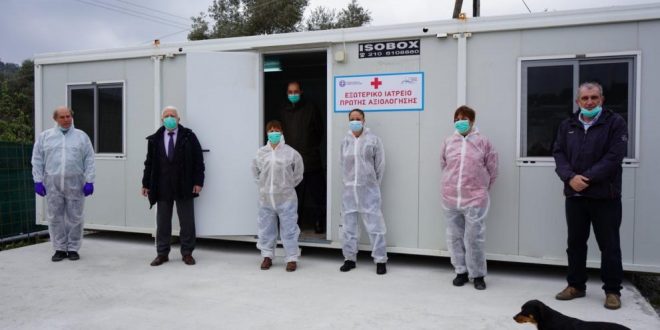 The First Aid infirmary opened on Saturday outside the migrants and refugees reception center in Moria, Lesvos. The medical center facility is for first assessment of possible coronavirus incidents among the population of the asylum seekers hosted in the hotspot.

According to north Aegean regional governor Kostas Moutzouris the medical center will be open throughout the week even on weekends. 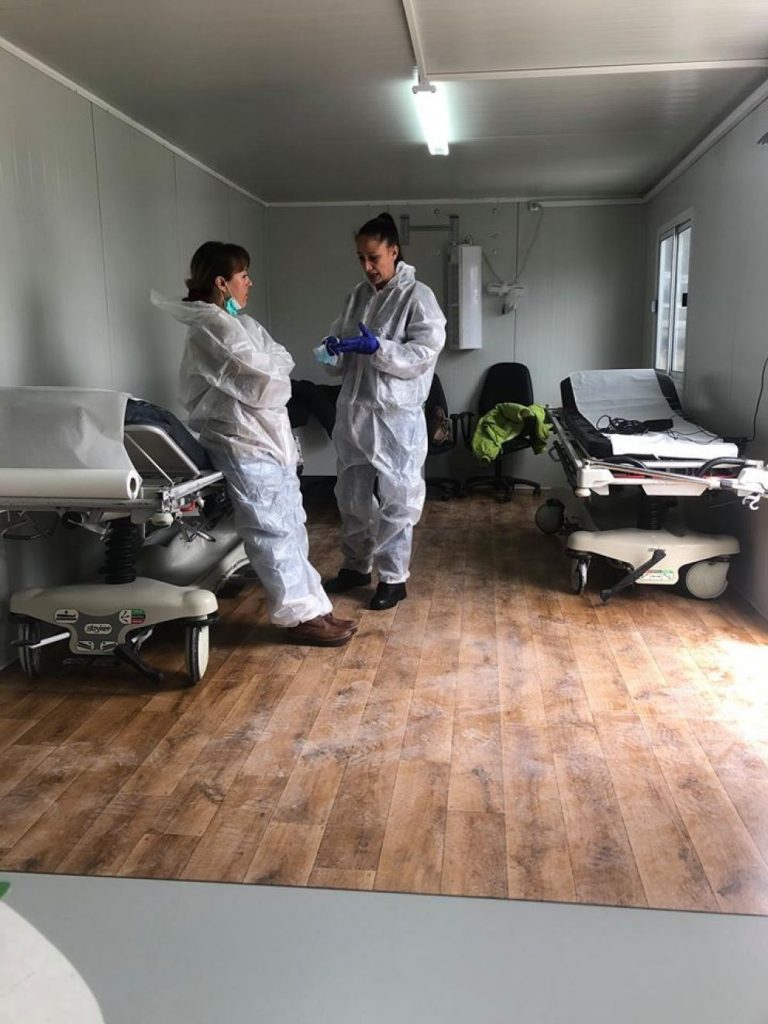 In the next days, first aid infirmaries will also open outside the reception centers of VIAL on Chios and Vathy on Samos.

There is no coronavirus case at any of the hotspots in Greece, Alternate Migration & Asylum Minister George Koumoutsakos told EU Internal Affairs fellow-ministers during a video conference on Friday.

However, “preventing such an event will require emergency support,” he added.

“A coronavirus infection at the Reception and Identification Centers could lead to dramatic repercussions,” Koumoutsakos  warned.

He said said that 1,000 migrants and refugees belonging to vulnerable groups had been transferred from the islands to the mainland the last three months.

He also thanked EU member states for committing to taking in unaccompanied children, which exceed 5,000 so far in Greece. He also urged that their relocation take place the soonest possible.

The Greek government suspended monthly allowance payments to asylum seekers on Thursday as they usually crowd in front of ATMs in several villages, towns and cities to receive the 90-euro allowance paid by the United Nations.

Allowance will start flowing again as soon ATMs are installed inside the camps.

The Migration Ministry plans to allow local vendors operate in small structures inside the camps selling essentials to asylum seekers in order to further restrict the need for movement outside the camps.

PS International organizations call for measures in the overcrowded hotspots on the islands, then social distancing and self-isolation are practically impossible. Outbreak in a 20,000-people camp like Moria would be devastating.