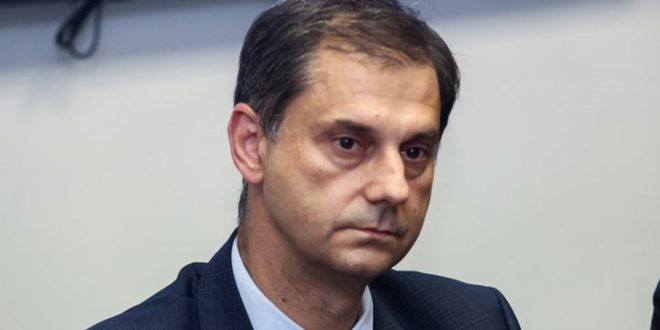 Greece will open its doors to overseas holidaymakers from June 15, but the UK is not expected to be on a list of countries allowed back in, at least in the first wave of some 20 countries. The UK’s current record on coronavirus is currently not good enough for Brits to be allowed to visit Greece when the country open its doors to overseas holidaymakers from July, the Greek tourism minister Haris Theoharis told ITV News.

“I think that the UK has a big difference in terms of the current medical status of the country with Greece, so I don’t think it’s likely it will be there,” he said.

Theoharis said Greece will be waiting for figures in the UK to improve before Brits are allowed back in.

The UK's current record on coronavirus is currently not good enough for Brits to be allowed to visit Greece when the country open its doors to overseas holidaymakers from July, the Greek tourism minister Haris Theoharis told ITV Newshttps://t.co/B3D2Y91KFK pic.twitter.com/7GFSoSPagW

The country’s much anticipated tourist season will begin on June 15 with the opening of seasonal hotels and the arrival of foreign tourists from countries with good epidemiological criteria, Theoharis announced on Wednesday. International flights will be able to fly directly to Greece’s main tourist destinations as of July 1.

A list of countries from which visitors will be able to arrive in Greece will be announced by the end of May. Restrictions on countries are expected to be lifted after July 15.

At the announcement of the “Restart Tourism” package on Wednesday, Theoharis listed Balkan and Baltic countries, Germany, Israel, Cyprus and Bulgaria among the countries expected to be in the first wave of those whose citizens will be allowed to enter Greece mid-June.

This sounds odd as Minister Theoharis said yesterday that “medium flight distance” was one of the criteria to allow foreign tourists in the country, next to epidemiological ones.

Greece managed to take early measures against the pandemic, closed schools beginning of March and imposed a lockdown on March 23. This paid out. Death toll stands today at 167 and the total number of infections at 2,850.