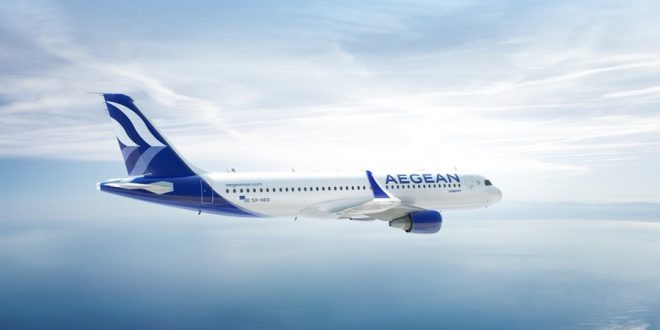 May 28, 2020 Tourism Comments Off on Aegean resumes flights to 6 foreign destinations from Thessaloniki on June 15 4,599 Views

Aegean Airlines announced to resume direct flights from the city of Thessaloniki, northern Greece, to six destinations abroad as of June 15.

Following a partial lifting on flight restrictions from Thessaloniki’s ‘Makedonia’ airport depending on the epidemiological profile of the destination countries, Aegean announced the resumption of direct flights to Munich, Frankfurt, Dusseldorf, Stuttgart and Larnaca, a statement issued on Wednesday said.

In addition, once authorities in both countries announce the lifting of restrictions on flights to Israel, flights to Tel Aviv will also begin, the company said.

Initially, the frequency of flights will be low but will increase depending on demand and bookings momentum, with the approval of authorities in the various countries for resuming activities, depending on epidemiological data.

“The company’s goal, in any case, is to serve needs in northern Greece as far as is possible in this extremely difficult time,” the announcement said.

With the start of the above flights abroad, the direct domestic and foreign connections to Thessaloniki will rise to 20, since domestic flights have already begun and will increase in June, with flights to Iraklio, Chania, Rhodes, Mytilene, Kos, Samos, Chios, Limnos and Kalamata, with Paros, Mykonos and Santorini to be added at a later date.

Aegean Airlines gradually increased capacity to Heraklion, Chania, Thessaloniki and Alexandroupolis on May 18, while additional frequencies were added to Rhodes, Corfu, Mytilene, Chios, Samos and other domestic destinations, on May 25..

Additionally, and by the end of May AEGEAN will gradually restore international operations to some major European destinations.

In particular, AEGEAN plans to restart operations from its Athens hub to Munich, Zurich, Frankfurt and Geneva, initially within a limited frequency.

At the same time, more flights will be operated to Brussels, which is the only international destination that hasn’t been suspended.