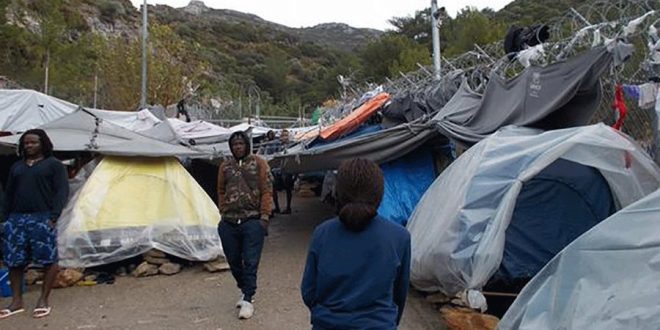 11,000 of recognized refugees in Greece face eviction as of June 1

The Greek government is proceeding with its plan to stop hosting asylum-seekers with recognized refugee status in camps and EU subsidized apartments and hotels. Some 11,000 refugees will have to leave the facilities as of next Monday, June 1, 2020. As little has been done regarding the social integration of recognized refugees, Greece is to face one more social problem in an economic environment struck by the pandemic crisis.

In line with the Greek Asylum legislation in February 2020, people who have had recognized refugee status for more than one month must leave camps and subsidized facilities and find their own accommodation – and a job. And thus in a country economically suffering from the effects of the coronavirus lockdown.

This announcement has been put up in the camp on the island of Kos, in the eastern Aegean Sea. 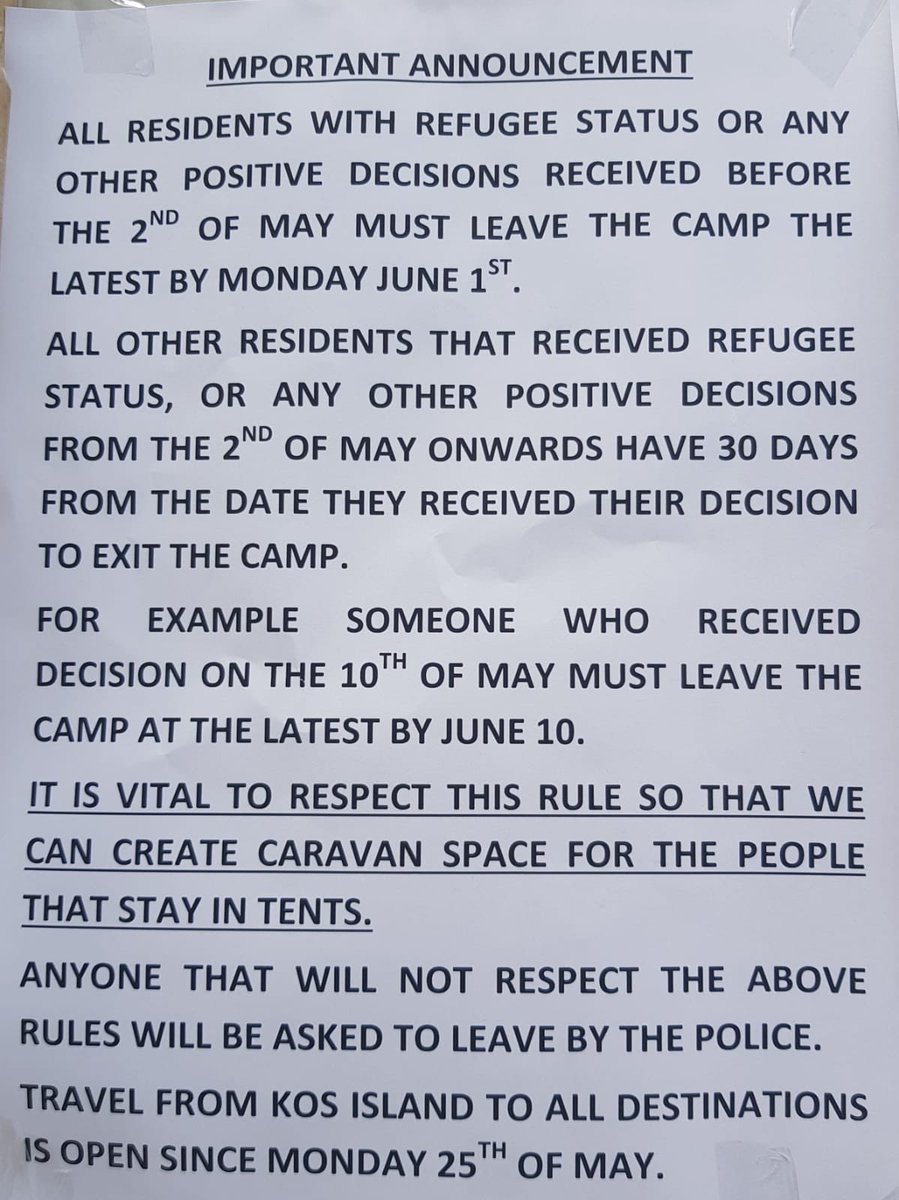 The idea for the eviction is that recognized refugees make place for so that new waves of refugees coming from the overcrowded camps on the Greek islands to the mainland get housed.

Here in the city of Thessaloniki, 1,300 people face being evicted from rented accommodation, this includes large numbers of elderly and vulnerable individuals. The authorities will no longer pay rent to house these refugee families. #Greece

According to media, some 6,500 refugees are currently living in subsidized apartments or hotels, another 2,500 are in reception facilities on the mainland and 1,500 are still living in island camps despite having secured asylum.

It is thought that some refugees obliged to move out of subsidized accommodation will leave Greece. But there are fears that many others might end up on the street. The key problem is that the response to the refugee crisis has focused on boosting reception capabilities and the processing of asylum claims and little has been done for the social inclusion of migrants who are granted asylum.

Closing down facilities of ESTIA program

On Thursday, Migration Minister, Notis Mitarakis, announced that 60 out of the current 93 hospitality openings created in hotels for asylum seekers on the mainland will be closed in 2020.

The residents will be transferred to other facilities or will be included in the the UN Refugee Agency’s ESTIA integration program,

Program ESTIA, that is the Emergency Support to Integration and Accommodation program – offers urban accommodation and financial aid to refugees and asylum-seekers in Greece and is co-funded by the Asylum, Migration and Integration Fund of the European Union.

The Asylum Service has issued 40,000 decisions during the lockdown and they will have to be distributed to the applicants, the minister said.

As of 25 May 2020, the total number of accommodation for refugees and asylum-seekers created through the ESTIA program was 25,503.

In February the Greek government has announced it will start asking people with refugee status or subsidiary protection to leave camps and UNHCR accommodation, starting with people who got their status before August 2017. Eventually, it will also end their access to cash assistance.

The Greek government said it was not creating a new policy, just enforcing an existing policy. Under the policy, people lose access to camps and UNHCR accommodation and cash 6 months after they get refugee status or subsidiary protection.

Up to now the government had not enforced the 6-months policy strictly, recognizing that for many refugees in Greece, it was very difficult to find a place to stay and a way to support themselves financially.

But the policy enforcement changed allegedly because Greece was still facing high numbers of new arrivals and there were not enough places in the overcrowded camps to meet the needs of asylum-seekers.