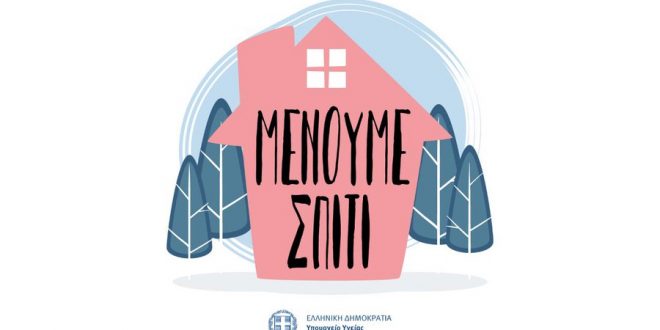 The Greek government finally published on Monday a detailed a detailed account on the expenditures of its “We Stay Home” campaign during the coronavirus lockdown. The list has been published following immense pressure by opposition parties and persistent demand on social media, especially after some media complained that they received “zero euro” from these funds.

Initially the government blamed the media shop assigned with the distribution of the funds.

But today, it becomes clear that bigger funds amounts were allocated to media outlets in support of the  the government, while media critical to the government reportedly received just 1% of the 20 million euros in total.

Were the criteria political?

Some colleagues have calculated the amounts distributed to outlets critical of the government: Around 100.000 euros out of almost 20 million in total. No, that’s not a typo.

What is extremely interesting is that no circulation criteria as usually in the ads marketing were taken into consideration.

A small correction on this: Efsyn got another 30K for its online version. I missed the second entry on the list. Still, the disparity is huge, 40K VS 200K. https://t.co/2lcX3rNIHM

At the same time, some websites dealing with women’s topics and that are not even popular received over 100,000 euros, while media with critical approach to the government (libre, documentonews) received nothing.

Newspaper Avgi (SYRIZA) and Rizospastis (KKE) received each 10,000 euros, while thier website got nothing, in contrast to other newspapers (tanea, tovima, protothema etc) that were funded for both their print and the online edition.

Some websites of mixed content enjoyed up to a quarter million euros.

What is weird is that a radio that halted its operation in 2017 was funded with 2.400 euros, while 15,000 euros were reportedly given to a TV channnel that does not exist.

The list publishing, however, did not satisfy the opposition with 50 SYRIZA MPs to demand the invoices the companies issued for receiving the money. Reason of the mistrust is that while the media had to issue invoices to the media shop contractor, the government changed the scheme after a while: companies were asked to cancel the invoices and issue new ones for the Finance Ministry!

And then… some wonders:

Someone said on Twitter that for these 20 million euros they could have organized an effective door-to-door campaign, including leaflets and other info material and yet they would have saved some of the taxpayers’ money.

PS you should read the thread by @YiannisBab with interesting examples.