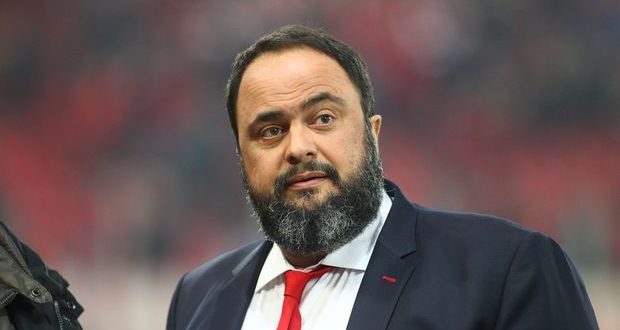 Media group Alter Ego of ship-, media and football clubs owner Vaggelis Marinakis has returned to the government the funds it received for the anti-coronavirus campaign ‘Stay Home.” almost one million euros.

In a statement released on Wednesday, the media group said that the money was returned to the state Wednesday noon and urged the government to distribute the funds to the families of unemployed media workers.

Alter Ego stresses that all publications, the digital media and the television stations of the media group have been reporting and warning about the pandemic, that is “long before any government initiatives were taken,”as it was “our duty.”

Reason for returning the money is the group does not agree with the methods of the funds distribution and the “disputed procedures”, the statement adds.

“Because we do not agree with the method, measures and weights of the distribution of the advertising funds of the “Stay at home” campaign and in addition, because we want to declare our independence from state resources and disputed procedures and distributions in a straightforward and clear way, we returned at noon on July 8 – the amounts that given to our group from the relevant state advertisement,” Alter Ego said in the statement posted on its news website in.gr

According to media and based on the list published by the government on Monday, Marinakis’ media group (Mega TV, TaNea, Vima, in.gr etc) had received €979,000 before VAT.

The distribution of funds has been sharply criticized due as the funds were distributed with unclear criteria. The government had initially published only the names of the media without the funds amount its one received. Critics had foreseen that one the amounts are public, a storm would break out.

The scandal list with the funds for each company was released on Monday and the hell broke out.

The return of the funds is certainly a big blow to the government’s reliability, in general, and  the “demolition” of government spokesman Stelios Petsas who signed the funds list, in particular.

PS Now the usual mean Greeks wonder on social media, whether Alafouzos, Verdinogiannis and other media owners will also return the funds. And they are waiting for a governmental reaction to the unprecedented case, where one of the beneficiaries accused the government of “disputed procedures.”

Local news website cretalive.gr announced last on Wednesday that it returns the money to the state. In a statement cretalive says “in the face of this list of shame signed by government spokesman Stelios Petsas, a monument of embezzlement and mismanagement of public money, the ownership of cretalive decided to return the money.”