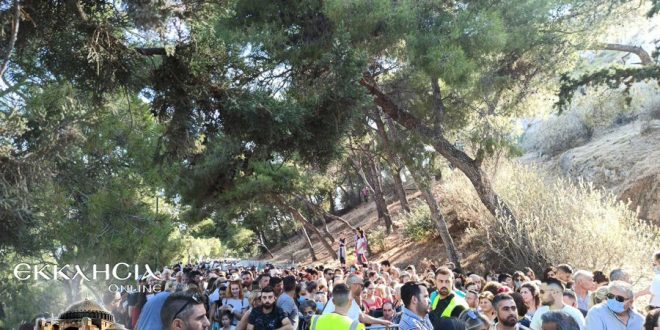 Greece has decided to temporary suspend local festivals  and similar public gatherings following health experts recommendations in order to stem the spread of coronavirus in the country.

According to the joint ministerial decision published on Tuesday, July 14, the temporary ban is valid for the period of July 13 until July 31, 2020.

Adding more confusion to the issue, the General Secretariat of Commerce at the Ministry of Development reportedly issued an additional declaration saying that the ban does not refer to the open fairs that normally are open during this kind of festivals.

In simple Greek, it means that street vendors will continue to sell their goods during the festivals that are temporary banned. [!]

The decision comes after crowding at public events over the weekend, where locals across the country celebrated either the memory of a Saint or met for other occasions like the “Festival of Tomato” and similar events.

The government lifted the lockdown on local festivals last month.

Many of these festivals traditionally take place during the months of July and August, when communities celebrate name day of a Saint.

Thousands of vendors economically depend on such events.

Increase of coronavirus cases has been recorded in the first days of July after the country opened its gates to tourism. Data have been showing also a constant increase among the native population as many people seem to ignore safety measures.