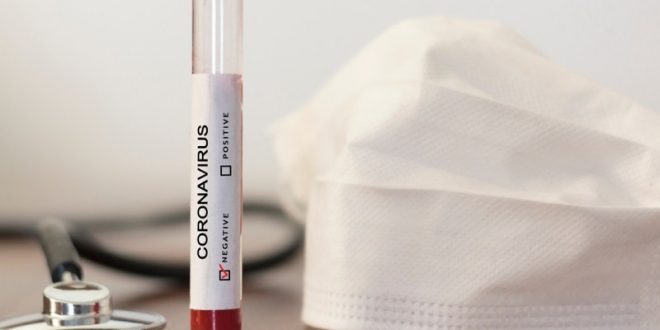 35 new confirmed coronavirus cases with 18 of them detected among tourists have been recorded in the last 24 hours in Greece, health authorities announced on Thursday evening. The number of total infections stands at 3,939 with the daily growth in compare to Wednesday at 0.9%

According to the latest weekly report of the National Health Organization EODY, 509 new cases have been recorded in the period July 1-15, 2020. Among them are 278 “imported” cases and 229 local. Majority of local cases are in Macedonia and Thrace (148). The remaining new cases are spread in several regions with Attica to top the least with 59 new cases.

According to health experts, there is spread among the general population as the number of “unsourced” confirmed cases and asymptomatic patients has increased in the last couple of days. Traces of coronavirus have been found in the sewage of Thessaloniki at levels similar of the last days of April.

The good news is that there has been no new death in the last 10 days, even though the number of intubated patients has slightly increased and so have the cases in hospitals, whether in normal wards or in ICUs. From 41 hospitalizations on June 30, the number reached 93 on July 16.

The infections increase is estimated due to two reasons: opening of Greece’s borders to tourists already infected with the coronavirus and the relaxation of protective measures among the local population.

Alarmed about the infections constant spike, the head of Civil Protection Nikos Hardalias will hold a live briefing again, however, once a week, and not daily. The first briefing is due at 6:00 p.m. Tuesday, July 21,2020.

13  of the new coronavirus confirmed cases have been detected at the entry points in Greece.

Another 5 travellers voluntarily sought laboratories for Covid-19 test in the country after they developed some symptoms. They were tested positive.

The remaining new cases are:

10 in Attica and 3 in Thessaloniki.

One 73-year-old tourist on Mykonos has been tested positive in a test conducted at Promachonas border-crossing with Bulgaria.

A Greek-American tourist has been tested positive on the island of Rhodes. The 78-year-old woman arrived on the island via a transit country last weekend. She has developed some symptoms and is hospitalized.

Majority of some 6,000 tourists from the UK who arrived on Wednesday in Greece were tested at several airports across the country.

According to authorities report on Thursday, a total of 6,574 tests were conducted in the last 24 hours with 0.53% positive.

According to the Health Ministry statement on Thursday,  54.7% of the total of infections affect men.

Average age of the infected in 49 with age range between 0 and 102.

123 patients have been discharged from the ICUs since the beginning of the outbreak.

Number of coronavirus-related deaths remains at 193.

95.9% had underlying health issues and/or were over 70 years old.

According to the Health Ministry on Wednesday, a total of 398,347 tests have been conducted since beginning of the year, 6,099 (1.5%) are positive. The data include several tests conducted on a single patient, as well.

PS things start to get critical in Greece, when the daily infections are above 50, health experts have said.