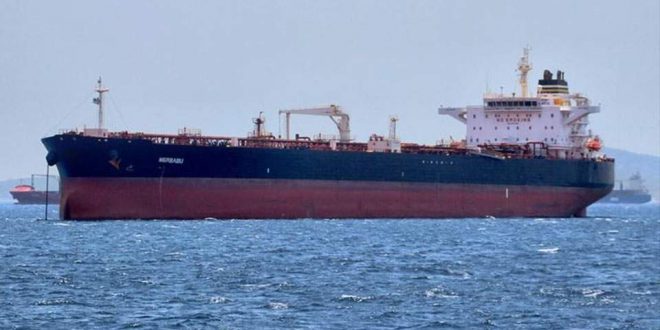 Sixteen members of Maltese-flagged crude oil tanker “Merbabu” have been tested positive to coronavirus on Thursday. The infections have been tested after a team of National Public Health Organization had boarded the tanker and carried out tests on the 25-member crew.

According to marinetraffic, the tanker had left the port of Pachi in western Attica before mooring off the port of Piraeus where it remains in still on Friday. State-run news agency amna reports that the Mebabu had left a port in Turkey recently and for an undisclosed destination.

Of the infected crew members, 8 are of Indian and 8 of Filipino nationality. They have mild symptoms and are in isolation on the vessel.

In fact, the entire crew is in quarantine on the ship until further notice.

According to media, the healthy crew members will be transferred to a quarantine hotel, while the infected are expected to hospitalized for medical monitoring.

The Merbabu will be disinfected and new crew will go on broad.

The 16 crew members were included in the official coronavirus data on Thursday. Of the 65 new confirmed cases, 31 were detected among the local population.