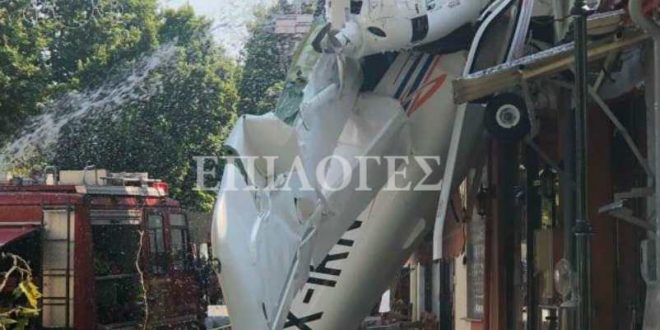 A single-engine aircraft crashed into a village of Proti in Serres, northern Greece, early morning Monday. The pilot has been transferred to the hospital, nobody in the village was injured. 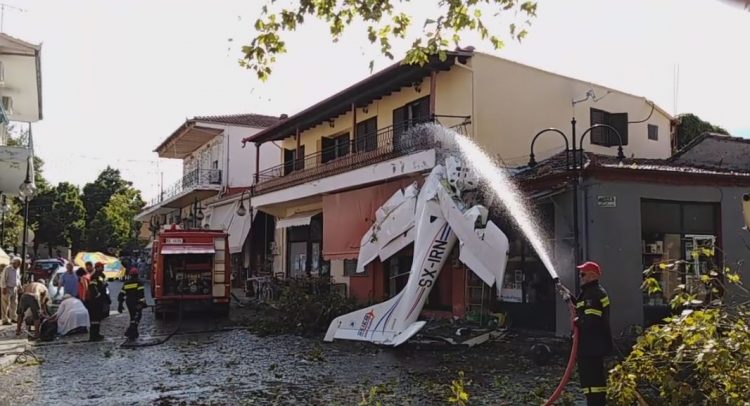 The aircraft crashed into the facade of a house. 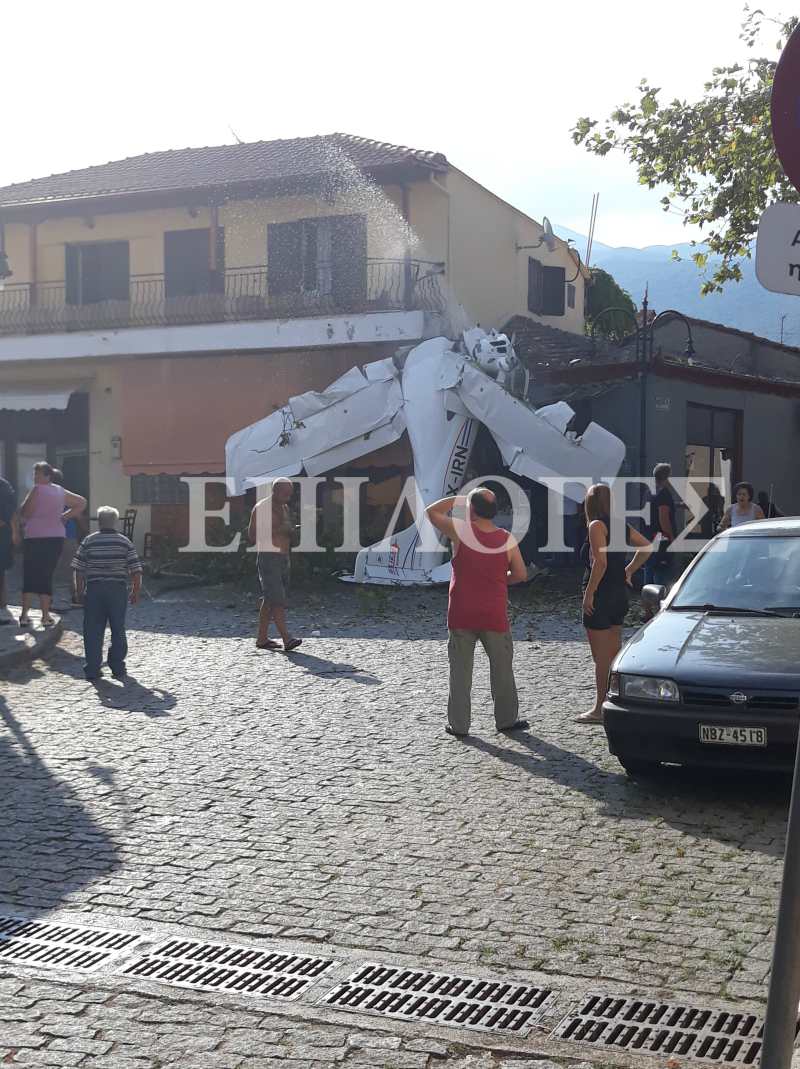 Police and Fire Brigades rushed to the spot. The pilot was freed form the debris and foam was sprayed in the area to avoid any explosion as fuel has leaked.

The reason for the crash are currently not known.

According to state broadcaster ERT TV, the plane was on a training flight and it is not known why the pilot was flying over the village.

Local media epilogestv reports that the pilot is 19 years old.

The mayor told media that the aircraft was conducting low flight over the village for some time and that some point one wing hot on a tree and then crashed into the house in central square of Proti, where several shops and services are located.

the plane belong to Civil Aviation and had taken off from the town of Alexandroupolis. 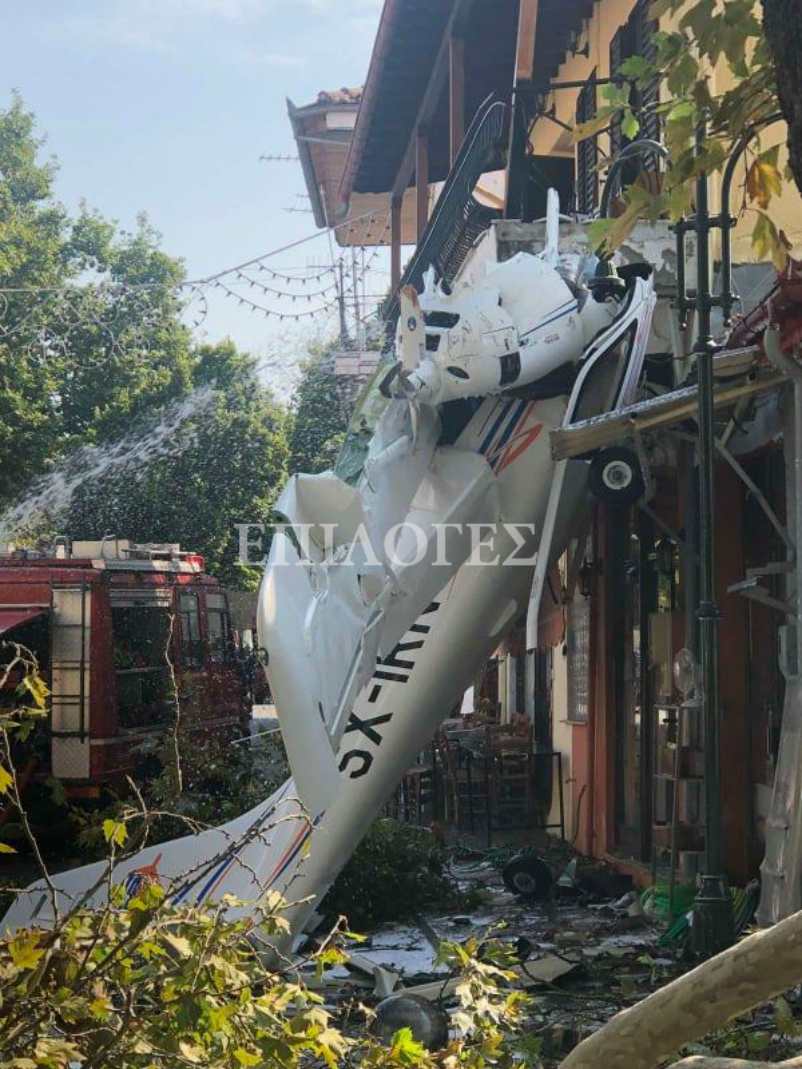 At 9.25 in the morning, when the crash took place, the village square was full of people who panicked.

The pilot is slightly injured.