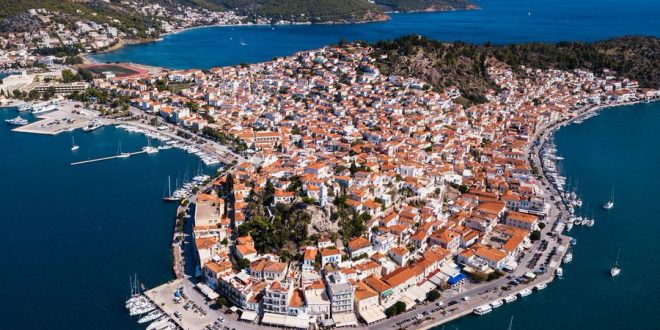 Greece’s Civil Protections Authority imposed a series of restrictive measures on the first island in the country late on Thursday, after an increase of confirmed coronavirus cases were registered on Poros.The decision followed consultation with top epidemiologist, professor for Infectious Diseases Sotiris Tsiodras.

13 of the 40 new confirmed cases located in the Prefecture of Attica in the last 24 hours were on the island of Poros in the Saronic Gulf, media reported.

Friday noon, state broadcaster ERT reported that that the confirmed cases were 30 and the results of more tests were due.

The restrictive measures were decided “for urgent reasons of addressing a serious risk to public health and in particular to limit the spread of the Covid-19,” the Civil Protection said in a statement issued short before 10:00 p.m. Thursday.

The restrictive measures are:

– Prohibition of operation of all facilities of the catering sector from 23.00 until 07.00 the next day.

–  In dine-out facilities (tavernas, restaurants) the maximum number of people allowed at each table is 4, unless they are first degree relatives where up to 6 people are allowed.

It is noted that in consultation with the Ministry of Finance for the affected companies, an employment contract of the employees may be suspended.

Friday morning, teams from the of the National Transparency Authority (EAD), the Greek Police and the Coast Guard will be deployed on the island in order to intensify controls on compliance with the measures and safeguard that the restrictions are being implemented.

Already before the Civil Protection decision, the Municipal Council of Poros had decided to impose some measures, as Mayor Giannis Dimitriadis posted on Facebook.

The Municipal Council has decided to close all services of the Municipality as well as playgrounds, ban religious processions and stop playing music in cafes, bars, restaurants and hotels after 11 o’ clock at night. Access to municaplity services is only after appointment and in exceptional cases.

Greek authorities have repeatedly ruled out a general lockdown due to recent spike of infections, speaking of “local lockdowns” instead. New confirmed cases increased to 153 on Thursday, the second highest number of daily cases since the outbreak in late February.