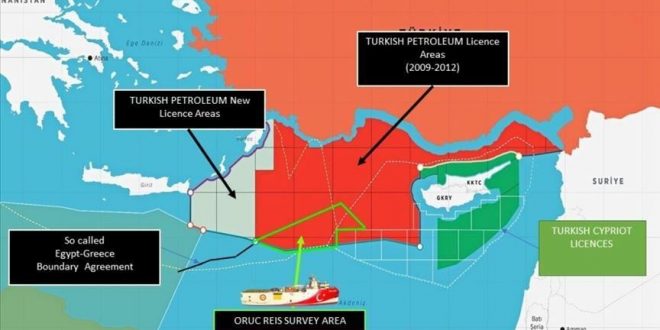 The Oruc Reis is accompanied by auxiliary vessels and warships of the Turkish Navy. 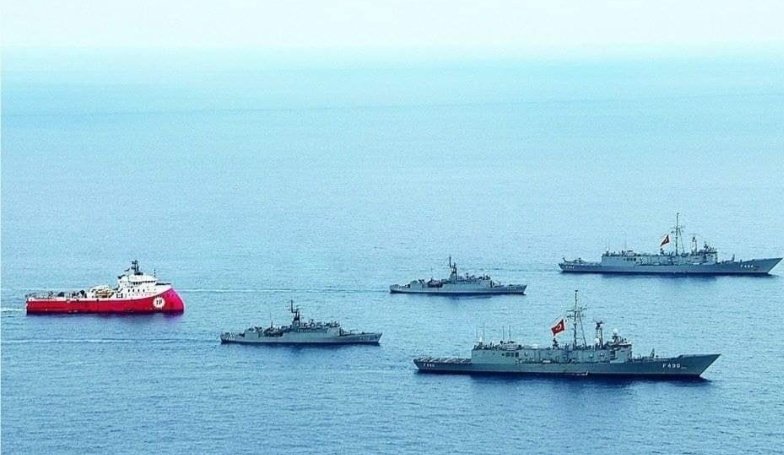 The situation is being closely monitored by the Greek Armed Forces, that were placed on high alert on Monday.

Athens described the Turkish move as a “serious escalation” and a “threat to peace and stability in the region.”

Despite calls by the US and Germany to halt its hydrocarbon surveys in the area, Ankara continues its course planning to even escalate it

President Recep Tayyip Erdogan said on Monday, that Turkey will continue to implement its own plans in the field and diplomacy until common sense prevails on the issue of Eastern Mediterranean.

“We are always here and ready to resolve conflicts through dialogue on an equitable basis,” Erdogan added and  called on the Mediterranean countries to cooperate in finding “an acceptable formula that protects the rights of all.”

“No way Turkey would consent to any initiative trying to lock the country to its shores, ignoring the vast Turkish territory,” the president said.

Late on Monday, senior official at the Turkish Foreign Ministry, Cagatay Erciyes, posted a map reportedly showing the offshore survey activity of the Oruc Reis as well as “the maritime jurisdiction areas and  how they should be delimited based on the principle of equity.”

Daily Yeni Safak wrote on Tuesday that the Oruc Reis will continue its activities in “3 phases and for a period of six months.”